and Dreams- The Winter Showcase 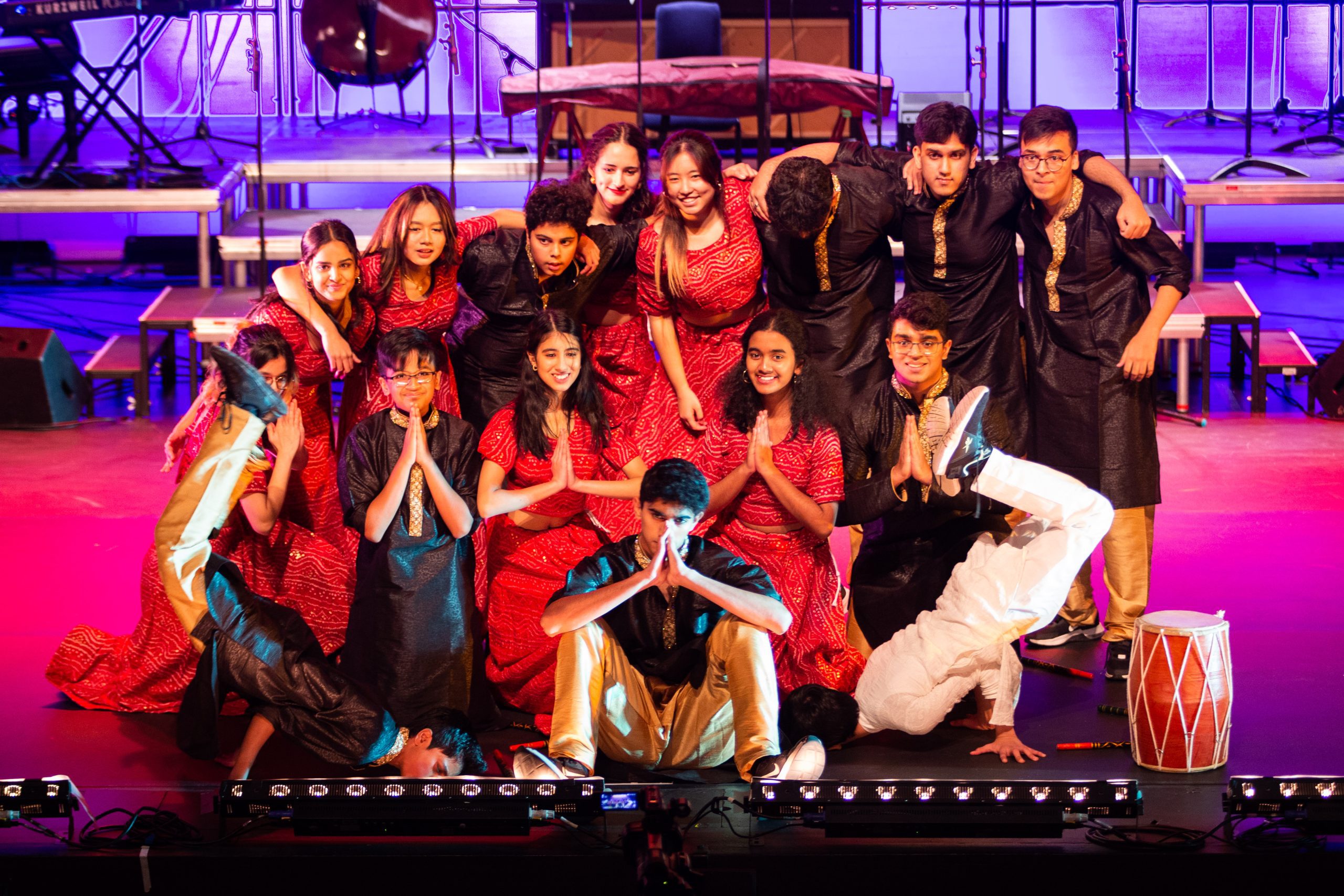 This year’s Winter Showcase, entitled Legends and Dreams, took place in November at the Theatre Severn, Shrewsbury. The Showcase was a unique experience for many of the 320 students involved, who had not before taken part in a Concord Showcase or performed in a professional theatre. Every year, the Winter Showcase centres around an overarching theme, which is excellently portrayed through dance, drama and musical pieces. This year, students from all over the world came together to interpret the theme of ‘Legends and Dreams’. The final performance was split into four chapters: The Dreamers, Lost Legends, Wildest Dreams and Legends of Tomorrow. Within the chapters, Concord’s societies performed modern and contemporary pieces drawing on influences from their home nations and cultures. Regional and national societies covering Africa, Britain, China, Eastern Europe, Hong Kong, India, Indonesia, Korea, Malaysia, Singapore and Thailand all developed and performed unique pieces. A student-led performance. Concord’s Showcases are principally student-led, with additional guidance from Head of Drama, Miss Russell, and Music teacher, Miss Perrins. Support was also provided by Mrs Weaver, who worked alongside the students on lots of the choreography. After establishing the central theme of the Showcase, students were encouraged to brainstorm their own ideas regarding musical and theatrical pieces that could fit the ‘Legends and Dreams’ motif. Every year, staff encourage students to take a lead role in the production of the Showcase, as this is greatly beneficial for leadership skills. Speaking about how Sixth Form pupils will lead societies through the making of the show, Miss Perrins highlighted: “This will likely be students’ first experience managing a team of up to 40 people”. “As a leader, students will gain experience communicating with their team mates, encouraging them to listen, co-operate and engage”. When speaking of the challenges of guiding a student-led performance, Miss Russell said: “Initially, many societies’ ideas might naturally stray from the actual theme. We make sure to gently guide students back so we can accurately depict our chosen theme”. Props. The final performance featured some incredible props, such as an enormous book and The Nian Dragon, which were created by a team of Concord’s talented Form 3 students with guidance from Art teachers, Miss Dentith and Miss Williams. Additionally, an exhibition of work titled ‘Looking Beyond’ was displayed during the Showcase interval. The work featured paintings, poetry and collage inspired by Form 3 students’ own dreams after they have been exploring Surrealism this term. Fundraising. Over 350 tickets were sold from the Theatre Severn website, with ticket sales raising £3,495 for chosen charities. The Mayor of Shrewsbury, Elisabeth Roberts, was also in attendance of the Showcase: “What an amazing show this was. Thank you for inviting me to watch these amazingly talented pupils”. Alongside the money raised from ticket sales, The Rotary Foundation raised a further £288 from bucket collections. This was generously uplifted to £864 by the Bill and Belinda Gates foundation for the Rotary’s ‘End Polio Now’ Campaign.   To view the photo gallery of Concord’s Showcase. Click here.