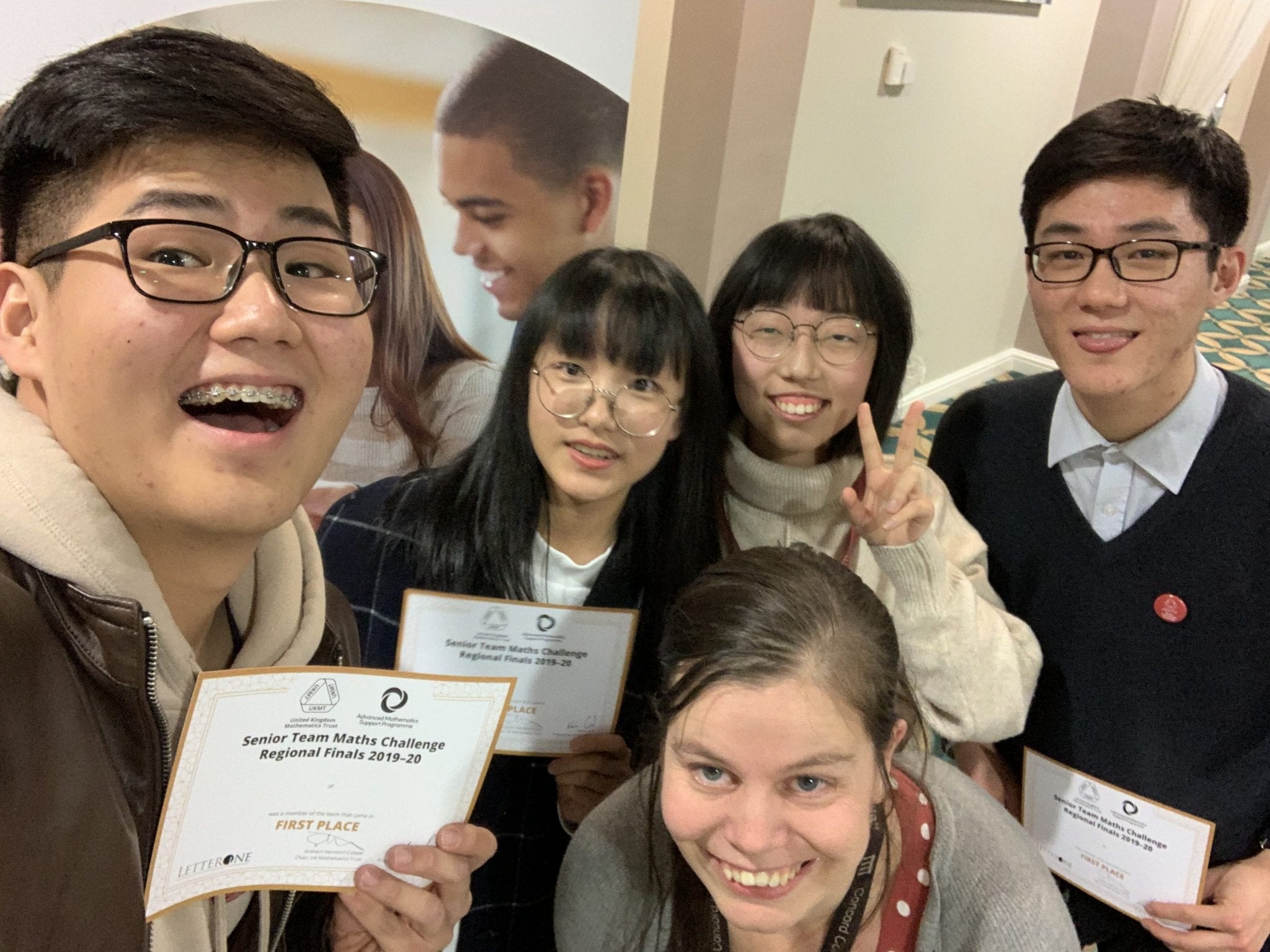 Concord’s senior mathematics team were ‘delighted’ to come away as winners of the first regional final of the Senior Team Maths Challenge (STMC) at Keele University. The annual competition is run by the UK Mathematics Trust, in association with the Advanced Mathematics Support Programme, giving students the opportunity to tackle a variety of engaging mathematical activities while developing teamwork and communication skills. The Concord students who took part included Ivy and Sherry from 6.1, and Michael and Felix from 6.2 – both of whom were members of last year’s team during their AS levels. Speaking of the competition, Mathematics teacher, Mrs Kelly Arthur who attended the event said: “Students had to compete for nearly three hours against 14 other teams from across the Midlands, from Derby to Shropshire. “The Concord team did outstandingly well, only dropping a single mark from 3 rounds, out of a total of nearly 200 marks possible.” And as a result of the regional win, the team has been invited to attend the Royal Horticultural Halls in London on 4th February for the national final, competing against an impressive 80 teams in five further rounds. Added Concord’s Head of Mathematics, Dr Tom Phoenix: “I am delighted by the students’ truly remarkable success in coming first in the regional final of the Senior Team Maths Challenge. “The competition is full of challenging problem-solving questions that require superb mathematical reasoning, excellent teamwork and clear communication skills. “I wish the team the greatest success in the national final."