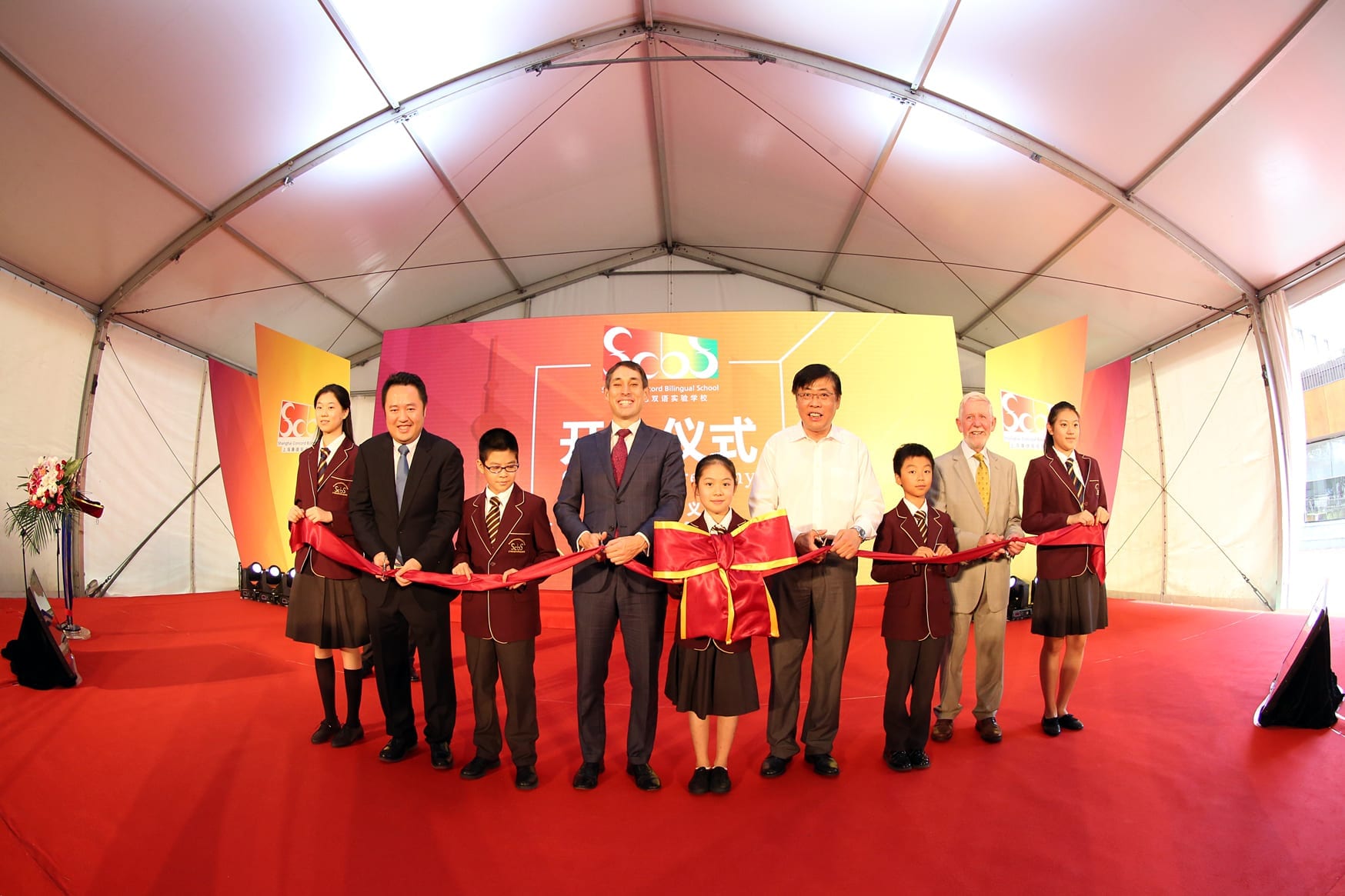 Within the Huangpu District of Shanghai, a prime location in China’s global financial hub, Concord has officially opened its first partner school, the Shanghai Concord Bilingual School (SCBS), initially for 115 students, most of whom are 11 years of age with a small group of 15 year olds who will be taking their GCSEs. The official opening on September 16 was attended by Concord’s Dr. Iain Bride, Chair of the Board of Trustees, Concord’s Principal Neil Hawkins and Gail Denham, new Principal of SCBS. In addition, the British Consul General, Party Secretary General of Huangpu District and its Deputy Mayor were illustrious guests amongst a very large attendance for whom the new students performed with a symbolic song. In a reflection afterwards, Mr. Hawkins said the opening of the Shanghai Concord Bilingual School was a ‘special moment’ for the Concord family. “On the surface, the opening of the school is the product of many years of patient and determined work on the part of a very large number of people,” he revealed. “This has involved Concord’s Trustees, myself and my senior colleagues, Francis Ping (Concord alumni) and his team along with the state officials of the Huangpu District Government in Shanghai. “Without our teamwork and shared vision, it would not have happened.” He said the vision they had shared was to have more students being educated with Concord as an influence in their lives. They were joining the Concord educational family and would share many of the values and aspirations of all at Concord UK. Mr. Hawkins added:  “It is a genuinely inspirational venture and one that we all hope will enable the young people educated at the school to flourish and become responsible, decent and productive members of society.” Visit the Concord Photo Library to see more images of the Shanghai Concord Bilingual School official opening.