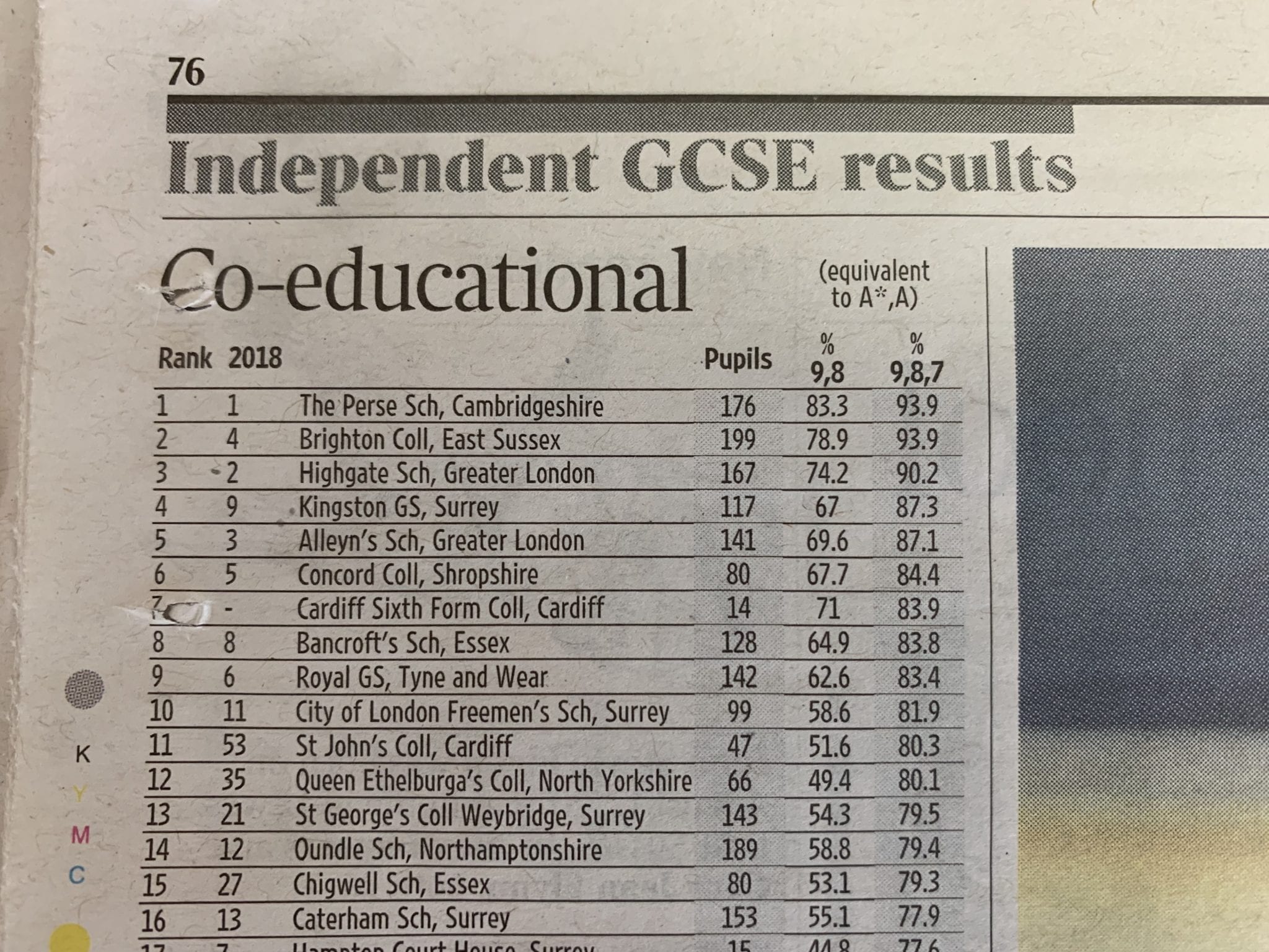 Concord has been ranked highly in national league tables published at the weekend, being sixth co-ed school in The Times and 35th in The Telegraph. In recent years Concord has seen an upward trend in its GCSE league table rankings. This is Concord’s second best position in The Times and third best in The Telegraph has been described by Principal Neil Hawkins as ‘good news.’ He said today: “I am truly delighted to see the success of Concord’s wonderful Form 5 students reflected in league table success. “For Concord to be ranked in the top 10 co-educational schools and in the top 40 schools generally, is fantastic.  This success is an endorsement of the hard work and talent of our students as well as the commitment and skill of Concord’s teachers. “Such success,” he added, “gives students confidence to embark of their sixth form studies and the self-belief to realise that anything can be possible.” The Independent Schools Council reported that at independent schools almost a quarter of all GCSE exams taken were awarded grade 9 compared with a national average of 4.7%.  At Concord it was 47% - 10 times the national average and nearly double that of independent schools.