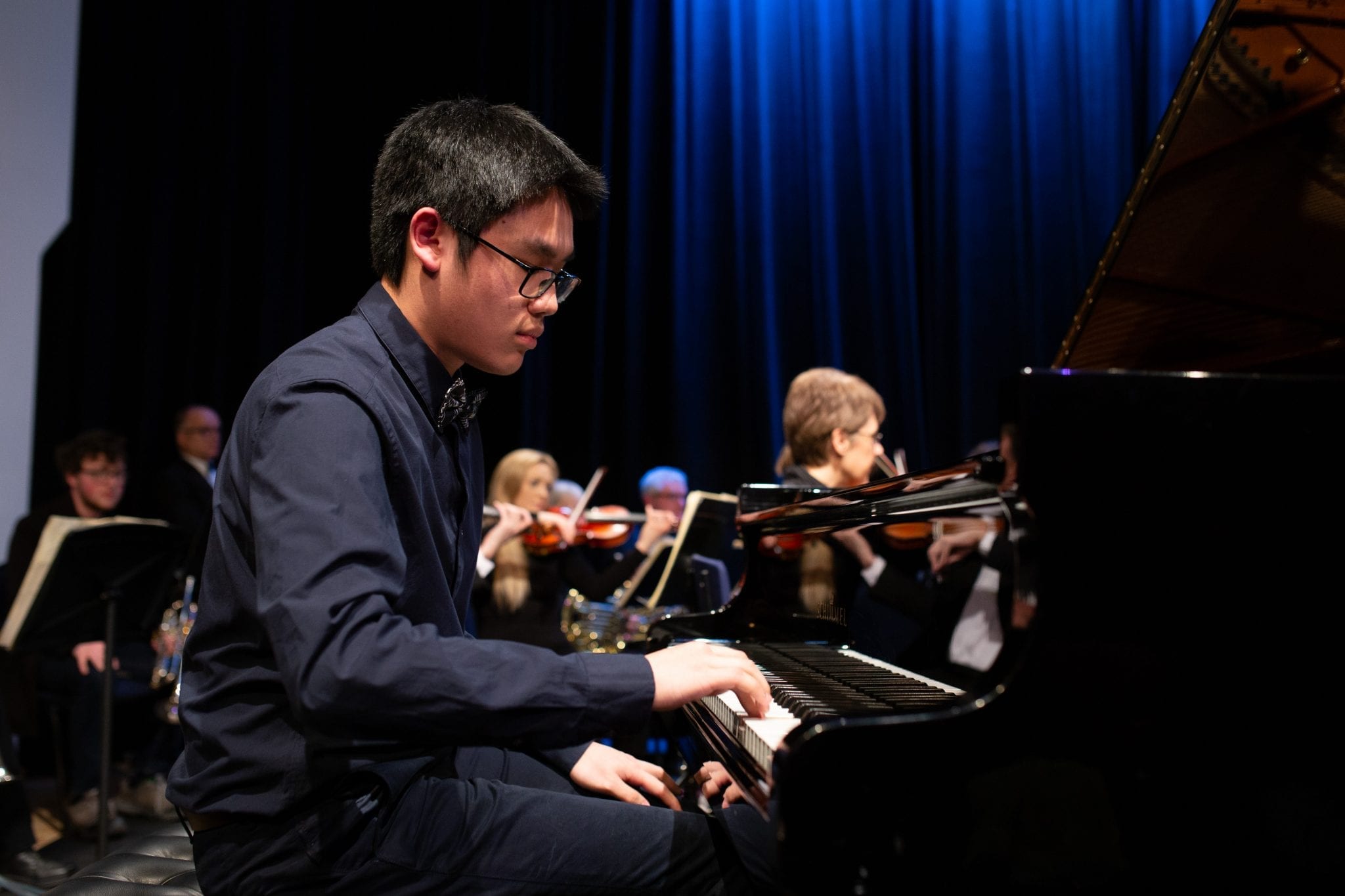 The winner of Concord’s first concerto competition was described by the adjudicator as ‘outstanding.’ Davon who played Beethoven’s piano concerto No.3 in Cm, 3rd mvt, won the first Concord College concerto competition to take the coveted trophy. Independent guest adjudicator Richard Jenkinson praised the way that Davon engaged with the 30 piece orchestra. For Davon, who has been playing piano for 11 years, it was the first time with an orchestra and he delivered a piece he learnt last summer. He said: “Naturally, I am pleased with being bestowed the award. But for me the best of all was the experience of performing itself. “Little can top the amazing feeling that night, especially with the ‘bravo’ from the audience right after the final note. “For the past six months I have endeavoured to prepare a musical journey for the audience and I feel so vindicated that they have indeed gone through such an adventure during my performance. “I’ve never previously experienced anything like that final reception – I was left in shock for minutes after.  It is a feeling I will never forget.” Concord’s music department presented seven of their top instrumentalists from across the college and the Baroque/Classical concerto was afterwards described as a ‘memorable occasion’ – one of the highlights of the school year. Said Concord College Principal Mr. Neil Hawkins: “It was a truly inspiring event in which we were able to appreciate the extraordinary talents of seven amazing young musicians. “I would like to thank all of the staff involved for giving the students this wonderful opportunity to excel in music.” The occasion has so far raised £660 for the Anthony Morris Foundation which enables young people whose families might not otherwise be able to afford the fees or to those whose academic ability is exceptional, to attend Concord.