students raise £6,000 for a school in the Gambia 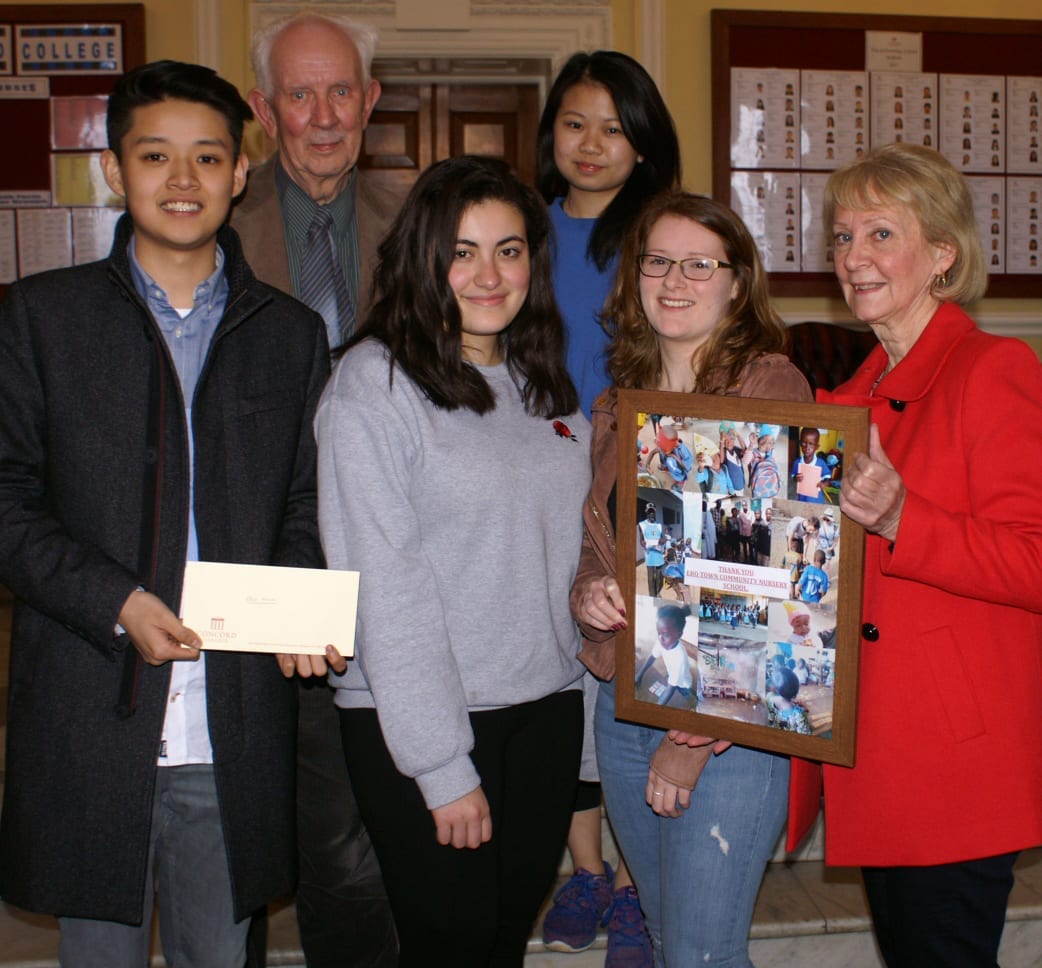 Sales of second hand text books by students at Concord has raised a ‘staggering’ £6,000 in support of a school in The Gambia run by a Shrewsbury-based charity. For Jan Tomlins, a trustee responsible for sponsorship, said Ebo Town Community Nursery School were ‘absolutely staggered and blown over’ by the overwhelming support from Concord students. At a cheque presentation with students at Concord, Jan said she couldn’t thank them enough for the ‘most generous donation’ which would make such a difference to children in the poorest area of The Gambia. “The sum of £6,000 from the sale of second hand books is absolutely amazing,” said Jan.  “It will have a huge impact on our fundraising to build a new school which will enable another 40 children to be educated.” At present, the Ebo Town Community Nursery School educates 83 children aged three to seven in two classrooms in a rented building which the education department in The Gambia wants to take back. They have agreed with the charity, which was founded by Paula Howells in 2016, to building the new school, which will cost £25 000 and have an extra classroom to educate 40 more young children. Said Jan: “I was there in September 2017 when there were 20 three year olds who couldn’t speak a word of English.  When I returned in November they said, in perfect English, ‘hello Aunty Jan, how are you?’ “The school currently has two teachers and three classroom assistants and we are paying for a training programme for one of those assistants to become fully qualified.” Concord maths teacher and Eco Club teacher mentor, Emma Charles, said members of the college’s Library prefect team, Outreach and Eco Clubs had been actively fundraising for the Ebo Town project which had captured their imagination because of the ‘distressing poverty and lack of access to education’ experienced by the children in The Gambia. “It links in nicely because the fundraising is for another school,” said Mrs Charles, who added:  “The second hand text books were very kindly donated by ex-students and bought by current students with the money raised supporting the charity. “This is a great result and our students have been amazed to learn how much the money will mean for the children of Ebo Town,” she added. Students who had organised the book sales, including the Library prefects who did the majority of the selling, were given a presentation on the charity’s work in The Gambia. Pictured are Clive Talbot, Nicole Owen and Jan Tomlins, trustees of the Ebo Town Community project with Concord students who had helped with the fundraising.