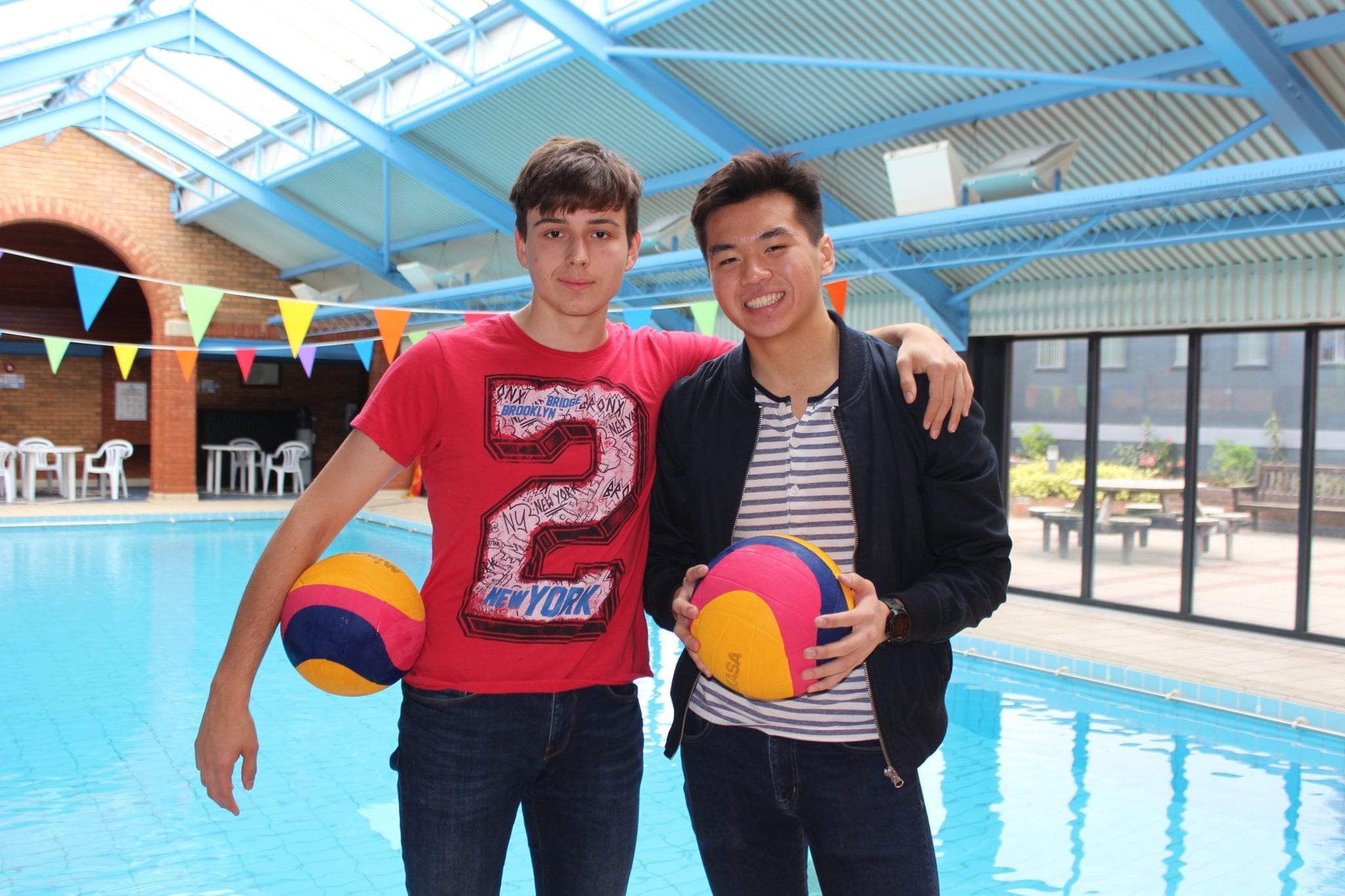 6.2 students Ben and Davids have become Concord’s first ever students to make their debut for Wellington’s U18 Water Polo team. And their opening fixture – a tough match against the RAF Women’s Water Polo team, at RAF Cosford. Ben and Davids were selected based on their excellent form and commitment in their squad training sessions that a number of Concord students take part in regularly on Saturday evenings. Said Davids: “I’d never even played water polo before I came to Concord, despite having enjoyed swimming for over 11 years. “Sport plays an important role in my life; it keeps me healthy and optimistic and I manage to balance my studies and my time accordingly. “I’ve joined in with training at Concord and taken part in inter-house competitions too. “I only had one training session with Wellington before the team asked me to take part, so I was quite surprised! “My debut was awesome – an experience I will remember for a long time, and I’m definitely committed to practising and improving, and continuing to play at university and maybe in the future too.” Added Ben: “The match was very hard-fought with both teams putting up great goals. “We managed to work surprisingly well with the members of the Telford-Wellington club, despite us being new to the team and some of the members being much younger than us. “I’m definitely excited to play again and hopefully at both Wellington and Concord, we can organise some friendly matches with the other schools and clubs around Shrewsbury soon.” Concord’s Mr Matt Rawlinson, Head of Mandela House, who spectated the match said: “Both boys acquitted themselves well. “For Davids, this was his first ever competitive water polo fixture, and he showed a cool head when defending and good distribution of the ball. “Ben was at the heart of some of Wellington’s attacking plays and best moves, scoring several excellent goals.” By the end of the match, Wellington were comfortable winners, but it was great experience for both sides and newcomers, Ben and Davids. Said Mr Rawlinson: “It was a great workout for the RAF’s team, ahead of their inter-service tournament against the Army and Navy Women’s teams. “The college is hopeful that some of our promising players including Ben and Davids will be selected again in the near future.”