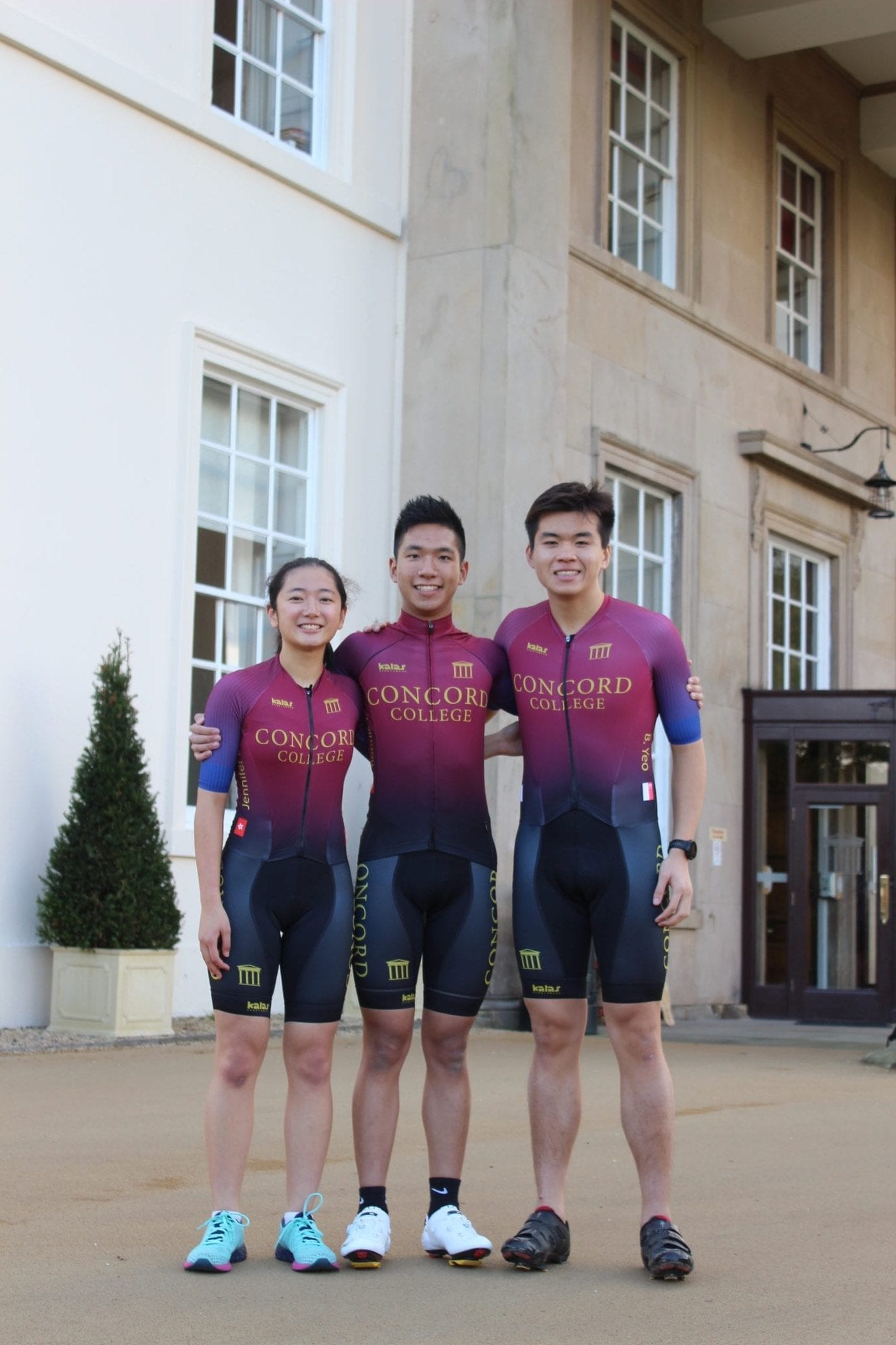 This term, Concord has launched its first ever competitive cycling team, with high hopes for the future. The team, comprising of 6.2 students Ronnie and Ben and Form 5 student Jennifer will be competing in Shropshire and Chester at a regional level, although, according to Ronnie – an U23s Challenge Category Winner in the Hong Kong National Hill Climb 2018 – they ‘already have their sights set on competitions further afield’ too. Said Ronnie: “The idea of starting a cycling team came about in April 2019 and Principal Mr Hawkins and the Sports Department were incredibly supportive of the proposal. “As a new team, we will be flexible on the number of races we partake in but hope it will be about 15-20. It’s dependent on the individual, as we are all at different levels of experience. For example, one rider may aim for 10 races, but another may enter 20 or more. “The aim this year would simply be to have the school represented locally and enjoy the racing. It would be nice for the three of us to win something, of course, but this isn’t the main goal. And personally, I would like to win a national championship again this year. “As well as competing in Shropshire, if transport allows, we might look further, somewhere like Rhos on Sea, in Wales, or even Bath. As a start-up club and in terms of support, there’s lots to learn with regards to administration and logistics too.” The college already has plans to expand the team with a recreational division in the making too, and the team hopes this can be launched in the new year. Ahead of their first season competing, the student-organised team has also been supported by the college in the creation and purchasing of new kit, which was part of the initial proposal. Asked about the inspiration behind the kit, Ronnie said: “The inspiration simply came from the maroon of Concord and the gold logo. The quote ‘kindness and rigour’ was from Mr Hawkins – to showcase an ethos of the college. “Each member had the option to choose what to order. There were garments ranging from jerseys, bib shorts, skinsuits, waterproof jackets, gilets and more.” The college wishes its competitive cycling team the best of luck for the year ahead!