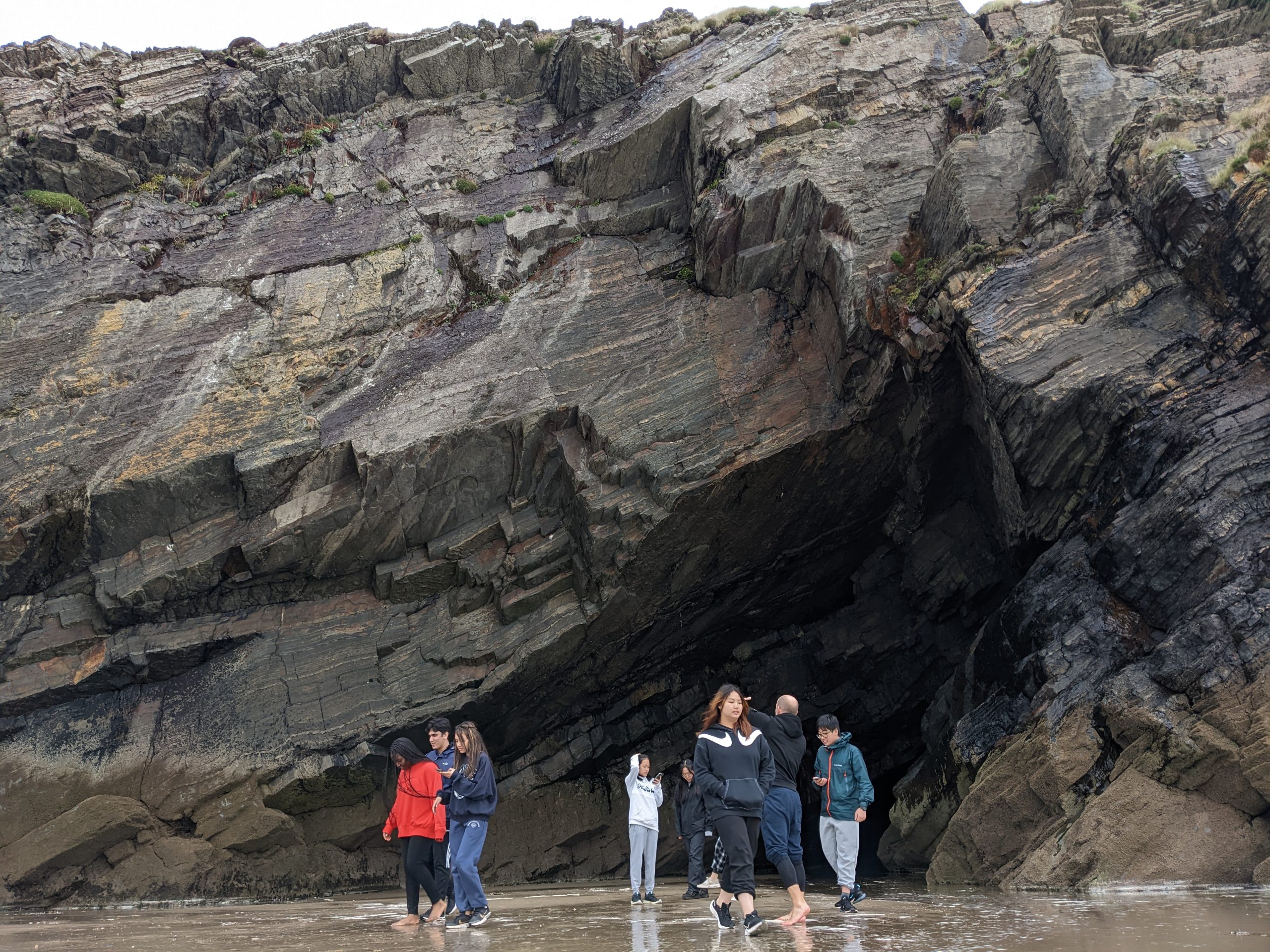 The Geography trip was definitely a lot of fun! It inspired in me and many other students an active interest in the world around us. It also helped us to become more environmentally conscious, by showing us how important and fragile many environments are. The field trip also helped us to better understand the impacts that humans have on the environment. Coming face-to-face with the topics which we had covered in the classroom helped us to cement our learning and discover the real-world challenges and implications brought about by the phenomena we had discussed.

On the first day we went to the local town of Betws-Y-Coed for our human geography research. We looked at different land uses, and the effect of tourism on the area. It had become increasingly apparent as we looked around in the high street, that tourism was definitely a key part which kept the homely village lively. We also discussed the positive and negative impacts of tourism. Getting the opinion of the local population was also very important, so each person in our group asked a question to a person on the street. Some opinions were very understandable, such as “I think that tourism has caused disturbance to the local environment due to the litter.” but others were unexpected. For example a local man answered proudly that “I think that tourism hasn’t had any bad impacts, it’s rather helped the local economy!”

On the second day, we studied coasts, on the coast at Criccieth. Criccieth had a beautiful castle that captured our imagination. Crowning its own rocky headland between two beaches it commanded astonishing views over the town and across the wide sweep of Cardigan Bay. We looked at many coastal defences and how they had benefited the town. These included: Groynes, Sea wall and break water. After concluding our inspection of the coastal defences we were given some time to explore the town. Many students, including myself, enjoyed an ice-cream. At the end of our exhausting coast inspection, to our surprise, our teachers, Mr Cale and Mr Jones, announced that we would be visiting another coastal location but this time it would be even more fun. We waited patiently in anticipation and our new destination definitely did not disappoint. Many students described the coast as almost heavenly due to the landscape while others weren’t very keen on getting their feet or shoes wet.

On our final day, we visited the the source of the river Conwy. We made our way on the bus to a mountainous region, the roaring wind had definitely overwhelmed many of us! During our investigation of the river we looked at the upper stage, middle stage and lower stage and how the depth, width and the velocity of the river changed at these different areas. We concluded our day with each group making a song about what we had learnt, however my group came up with a rap wining the competition and gaining the favour of our instructor and Mr Jones!

The Geography trip was definitely memorable and helped us to actually experience what we learn in class. I am certain it will be a key memory of Concord for the ‘Geo bots’, as Mr Cale would say.