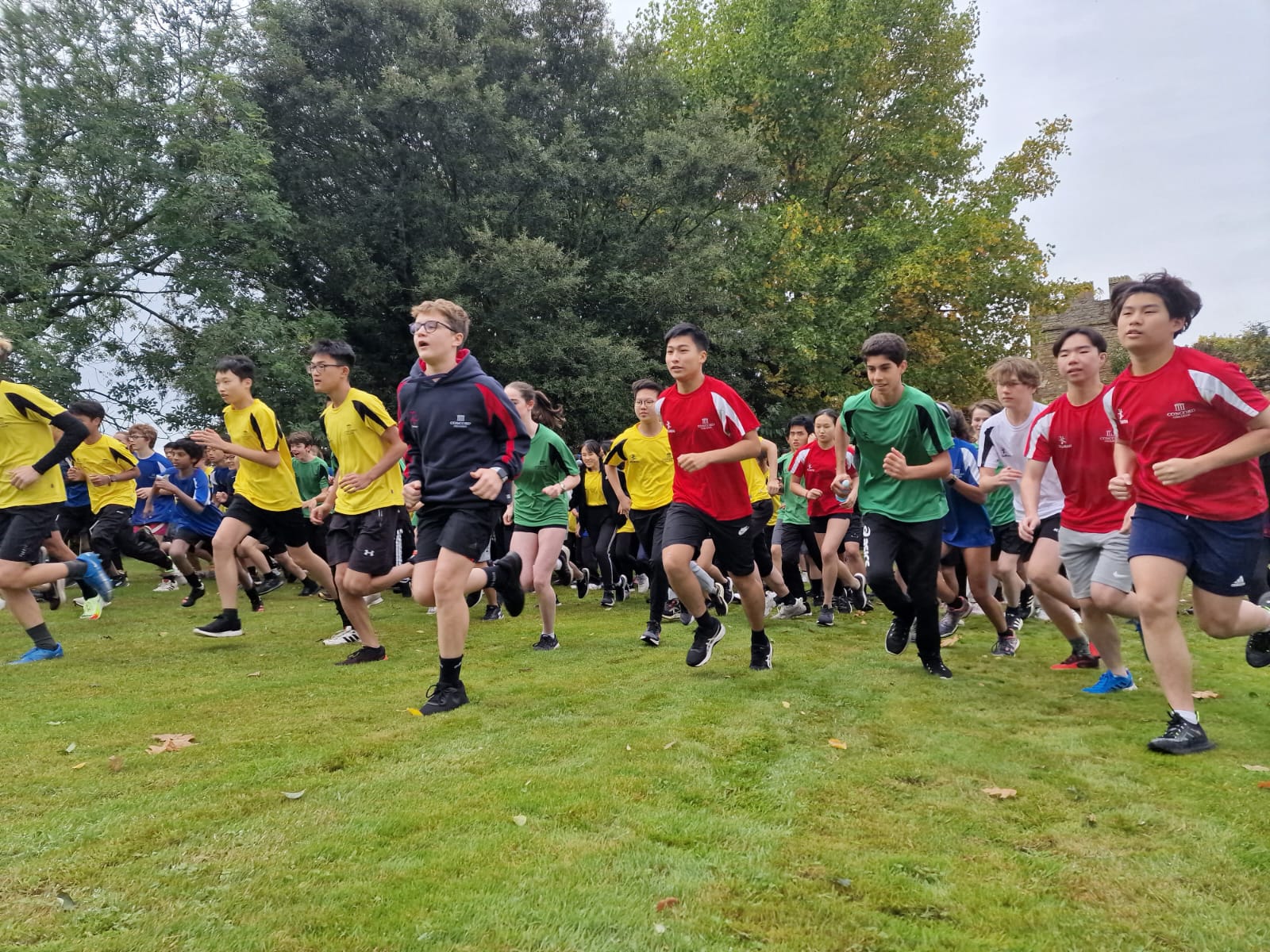 Concord's annual House Cross Country took place early in October. In all, 423 Concord students volunteered to run (or walk) the course in pursuit of honours for their house, and an invigorating physical challenge. They were joined by many members of College staff who acted as marshals or ran alongside the students. On an otherwise rainy day, the race took place with some sunshine for most of the run. The Sixth Form ran an extended course which included a loop of two lakes as well as the hill behind Concord. The first runner home was 6.1 student Ibiye in a time of 18:02, he was closely followed by girl's winner Beth (18:07). The Lower School ran a shorter course which followed the final part of the Sixth Form run, leaving college to run (or walk) up Acton Burnell Hill before descending the field. The fastest Lower School time was posted by Tommy in Form 4 who completed his run in 12:12, closely followed by Ben from Form 5 (12:14). The fastest Lower School girls were Menna (15:16), Sophie (16:08) and Georgia (16:09). House Cross Country is about far more than the fastest runners, it is a key moment in the Concord year offering everyone an opportunity to take part. Although it is a race, the students are above all competing against themselves - and Acton Burnell Hill whilst every runner can count their contribution to the house too. The rain held off for most of the races, and runners reaching the top of the course had a rare chance to look back down on College's Main Hall - a sight worth the running. When all of the points for positions had been added, the winning house was Gandhi who beat Teresa by just 12 points with Mandela third and Pankhurst forth. Mr Andrew Weaver, Head of Gandhi House was delighted with the result: "The great thing about House Cross Country is that it measures the effort and commitment of everyone who takes part. "Having 107 students from Gandhi willing to take part was very pleasing. Having 107 students who not only took part but pushed themselves to finish in the fastest time they could is a good indication that the House Captains, prefects and monitors have been successful in developing a sense of belonging and combined purpose. That is why I like it when Gandhi does well in Cross Country."