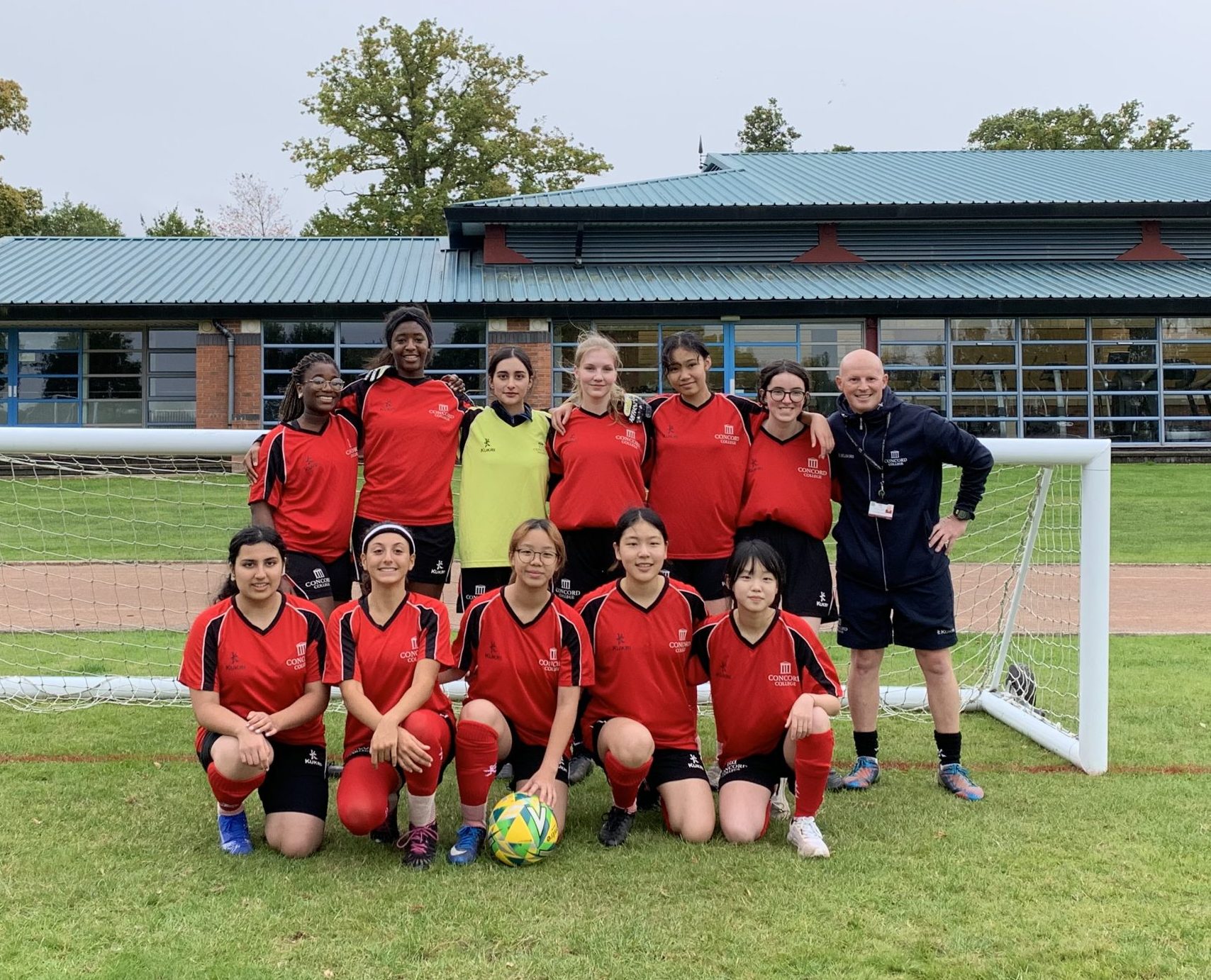 As we celebrate 40 years of coeducation at Concord, the College’s current girls celebrated a new historic first. Concord’s first competitive women’s football match was played as a seven-a-side fixture against Belvidere School here at Concord College. The team included students from all of Concord’s five year groups and was composed of girls from seven nations. The idea of a competitive team came from Captain of the side, 6.2 student Nele who rallied a keen group of girls to ask for training. Concord’s Sports Department were happy to oblige and Mr Braddock has been running weekly training sessions for the girls this term. On match day, the team were well supported by staff and fellow students and although the score-line of 1-7 shows a heavy defeat, the match was one of strong performances and indomitable spirit. Many of the team had never had the opportunity to play in a competitive match before, and they showed great potential against a much more experienced opposition. The girls’ hard work and perseverance was rewarded by a goal, Concord Girls’ first ever, as Paulette beat Belvidere’s goalkeeper in the second half. The goal was celebrated by team and supporters alike, a moment that will live in Concord folklore for years to come. Captain Nele said afterwards: “The other team had very strong players, who had a noticeable amount of experience. Despite this, we stayed strong and didn’t, even for one second, consider giving up.” “I am very proud of the team and how much we have improved over the last few weeks, especially given the little previous experience and training. I am confident that we will be able to work on our individual and team skills to develop into a more well-rounded team.” Concord’s goalkeeper, Samira was named player of the match for her fearless performance. Lead Coach, Mr. Shaun Braddock said: “It is a momentous, and historic occasion to have played Concords’ first Girls Football match. As the years have passed, we never quite got the numbers to field a team, but Nele, our team captain has been determined to make this happen!” “Training only started 3 weeks prior to the game, the first week there were 2 Girls, the second was a promising 10, then once other girls had seen training in motion, word got around college and we had an amazing 16 Girls for the third session!” Mr Braddock was very proud of the team’s spirit: “Our first game against the established, and experienced Girls of Belvidere School was always going to be a resounding win for the visitors, but I was astounded by the Girls application and heart. Not once, as the goals went in did any of them show any sign of deflation, they kept running, they kept their spirits high, and then halfway through the second half their reward came with our first ever Goal! Myself and the team have no recollection of the 7 that we conceded, but we will always remember THAT GOAL! All the Girls, supporters, and Staff cheering on from the side had smiles from ear to ear! It was just such a hugely proud moment, and one I’m pretty certain, will always stand out when they look back at their time at Concord College.” 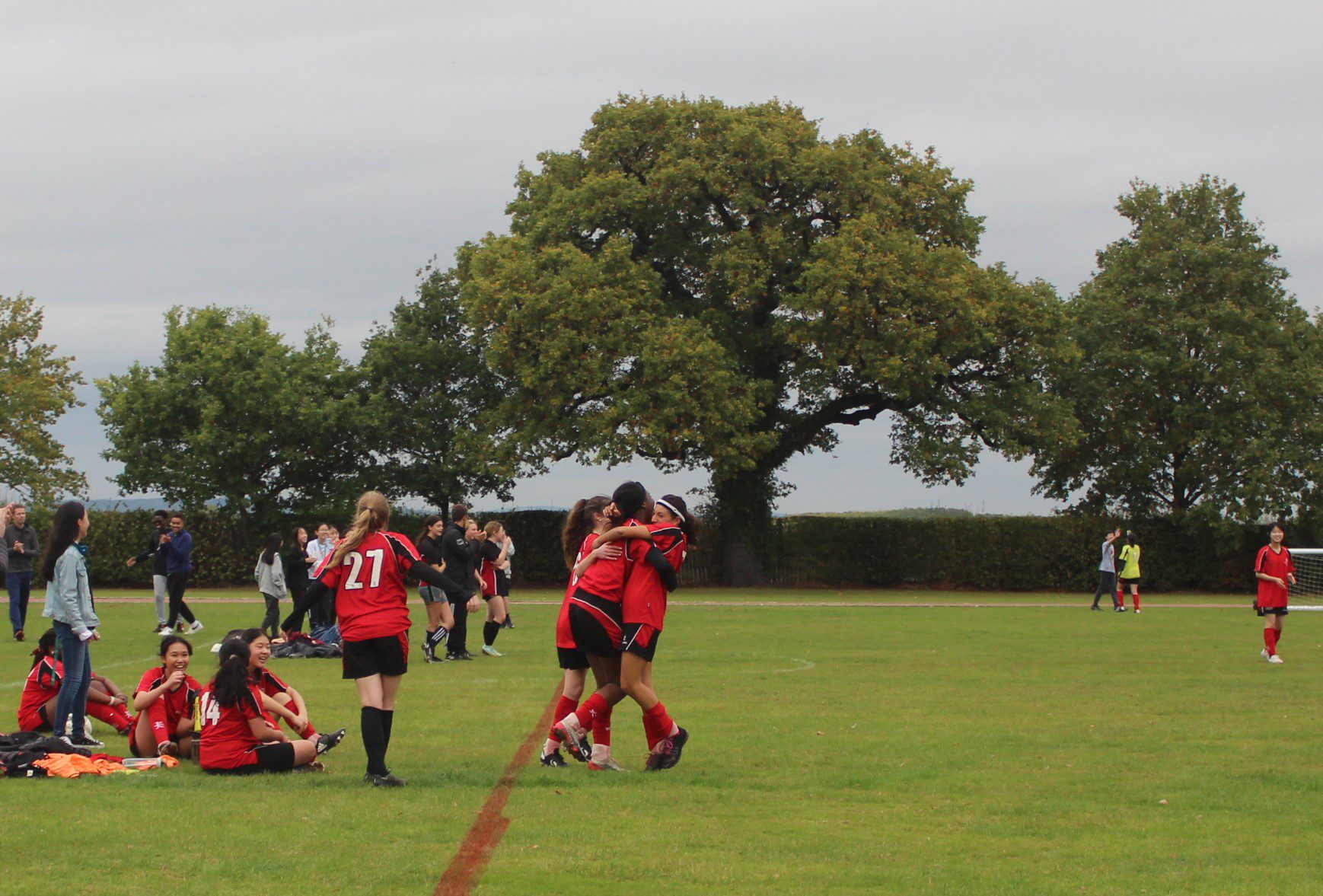