More than just a busy weekend

But it was more than that. To me, I have learnt from these events that they are not simply places to display talents or worldwide delicacies, but also to display us, the Concordians’ team spirit. We may not have realised this, as we have probably get used to contributing each of our own part to achieve a bigger goal of ourselves; getting used to being working under the shadow, not nominated and remain anonymous. However, each of these events would not have been successfully held if there had not been those anonymous working backstage, from the ticket sellers to backstage coordinators, from refreshment sellers to the gaffers, from the chefs hiding in the kitchen for the whole day to those sacrificing their opportunity to relish on world delicacies to promote their home food in the counters.

Transcending together, people, they make a team. It is the team spirit that leads to a successful pathway in many cases. I have been in awe of my fellow Concordians were working so diligently when I was taking part of both the events, also in the backstage, inspiring me to shed some light on them through the blog. The weekend was more than busy, to me it was also educational and fruitful.

To those working under the shadow and remaining anonymous, thank you. 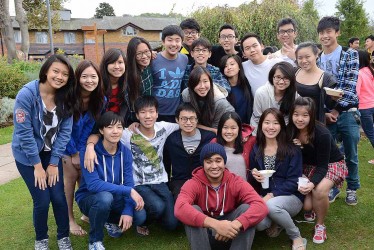