Like finishing all projects, finishing EPQ* was somewhat more rushed than I had planned, having left more than expected until the last minute.  The bibliography needed doing, contents page updating and small sections adding left, right and centre. All this and I had left it until the week exams were due to start.

The hardest part of the EPQ I feel was not finding the time to do it, or finding all the information, but having to come back to it after the long breaks in between doing sections, having to refresh one’s memory of the project every time one returned to work on it.

While discussing my topic with a friend, he asked me how I had managed to answer my question of how to replace the Hubble Space Telescope. I answered that I had not really managed to come to a proper answer, but mainly managed to find through conducting my project that I had been asking the wrong question all along and a single replacement would in fact not be simple and should probably be a combination of many new observatories. This metaphorically describes my project very well that having set out to accomplish a singular goal, I ended up setting myself more and more challenges without ever accomplishing one. 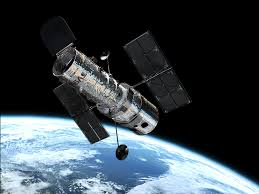 The project however has been a fascinating learning process and one I could have never predicted the value and excitement of before I began.  Returning to my original topic now I remember the feeling of fascination and excitement I had at the outset of my project, and also the new insight it has given me into modern astronomy and the kind of world I will be going into at university. I will be sad in some ways to finally part with my EPQ at the end of this week, but I will mostly be relieved that it is finally gone. However what it has taught and given me will stay with me long after I give the final print out to my tutor.

*extended project qualification, a long essay on a topic of choice which constitutes an AS level