A message from Concord’s Chinese Society

A short message from the Presidents of Concord’s Chinese Society about Lunar New Year. 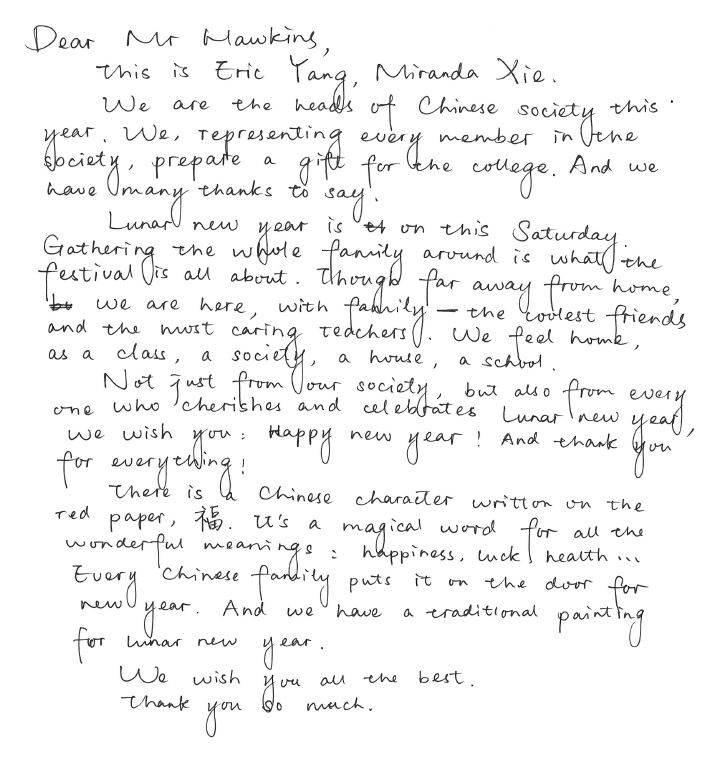 Last week (Saturday, January 28) was the first day of the Lunar New Year, symbolising the start of the year of the Rooster. To understand this year better, I decided that I should do some research on the Chinese zodiac. I found out that each zodiac year is not only associated with an animal sign, but also one of five elements: gold, wood, water, fire or earth; and 2017 is the Fire Rooster Year. Characteristics of the Fire Rooster include trustworthiness, with a strong sense of timekeeping and responsibility of work, which leads me to the belief that this year will be a productive year of us all at Concord.

Not being able to celebrate Chinese New Year at home is undoubtedly one of the toughest parts about studying overseas. You would think that I would be used to having to miss out on all the food, family gatherings and especially the red packets now, but the answer is simply — no. This is my 5th year away from home, and truthfully, I still miss the roasted pork and grandma-made radish cakes dearly. Thankfully, at Concord the Chinese and Hong Kong Society arranges a Chinese New Year Dinner every year, making our taste buds feel a little closer to home.

Whilst some students went to Birmingham this year, I decided to stay at school with a few of my closest friends to make a feast of our own. The menu included roasted crispy pork belly, stir friend vegetables, and a pork broth soup with Chinese cabbage. Although I wasn’t very helpful with the cooking, I truly enjoyed the meal and appreciated the company of my friends. Through this I realised just how much I missed home and that I should spend more time with my family once I return to Hong Kong. I wonder if you feel the same way as I do?
Finally I wish you all a belated Happy Chinese New Year 恭喜發財 (Kung Hei Fat Choi/Gong Xi Fa Cai), may all your wishes come true this year and the many years to come.

Home Away from Home

Gong Xi Fa Cai (Kung Hei Faat Choi)! An early Happy Chinese New Year from here – Concord College. Although there is still a week from the actual Lunar New Year, here in Concord, we have decided to celebrate it on Valentine’s Day, just before half term so that everyone can join (I swear it is not because we don’t want to face the agony of loneliness).

The Chinese Society, together with the Hong Kong Society had booked a sumptuous dinner in Birmingham. Many Concordians seized the opportunity and joined the meal. Needless to say, it was authentic and a refreshing change from the usual British food. According to an unscientific survey (done by me), diners enjoyed the steamed sea bass most, but for me, everything yelled delicious.

On this Chinese New Year/ Valentine’s Day, I can say that everyone feels he/she is blessed, because we have each other. We might not be in our homes, and we might not be with our families; but we are not lonely – we have another home, away from home, and that is Concord College.

The people from Concord are my other family, I am proud to say.

Running to catch the New Year

The excitement in the air is palpable as I rush to catch the 12.33pm train to Birmingham New Street after an exhausting morning of Saturday tests. As peals of breathless laughter ring out from the sea of red streaming into the train carriages, I wonder if anyone even studied last night, all I can think about is the night of celebration that awaited. The train pulls out of the station. The night starts now.

Such is a time of festivities at Concord College, where the amalgamation of students from all over the world IS the status quo and has come to become an integral part of our dynamic. While the Lunar New Year has brought with it many new memories and hopes for the year ahead, it has also resurfaced memories of the past year, bringing to mind that a year has passed and only mere 5 months are all that stand between me and my ‘coming of age’. Yikes.

But in all seriousness, as someone who has been in Concord for a year, I think it’s safe to say that there’s nothing quite like it. While it doesn’t seem apparent upon first glance ( or perhaps even the second or the third for that matter…), trust me when I say you’ll experience the full spectrum of emotions at Concord, and it’s up to you to to make the best out of every single one of those moments.

No doubt there will be fun to find and friendships to make. In both your dark and light times there will be people there laughing and crying with you. It is not a probability or likelihood but rather a necessity, like air. I always supported the phrase ‘We are not the product of our circumstance’ but it is through Concord that I realised though that is true, it is also the truth  that special circumstances make special people.

After a night of ‘hard partying’ (which mostly consisted of binging on Chinese food and taking an uncountable number of photos), I find myself once again running to catch the train. This time though, everyone is at full speed as we run around in circles (hopelessly lost) trying to find any semblance of a station entrance to charge into. The train is at 9.23pm and the clock has just struck 9.15pm.

9.17pm: Oh no what’s that feeling in my abdomen… What was that? You can get appendicitis from running after eating? Please no…

With wet shoes and big smiles, we march up to the card readers. 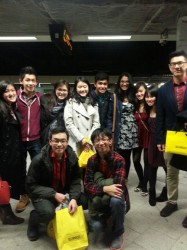