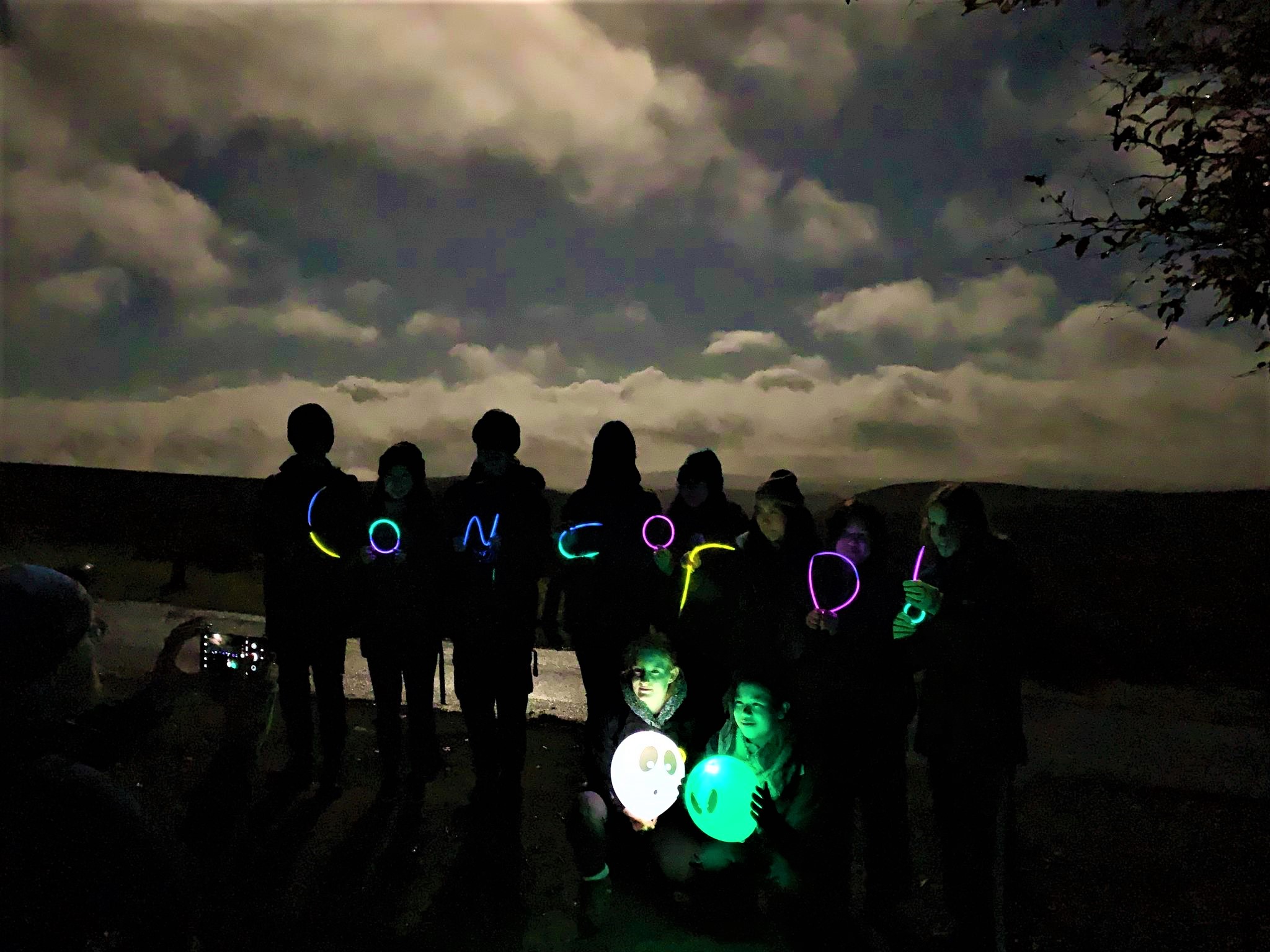 The moonlit walk was a very sociable evening. Everyone was chatting along the walk, until we got to the top and there were some surprises. Firstly, for the Beyoncé fans there were LED rings (‘putting a ring on it’) and others got glowing alien balloons- Mr Brown had to chase a few that ran astray whilst the others watched, hoping he wouldn’t fall over in the heather! Next, there were sparklers (so pretty!), giving a warm feeling as the golden light filled the sky. After that we tried to spell Concord out of glow sticks which turned out to be quite difficult as it had to be backwards for the photo.

After sipping on hot Ribena to warm us up, we trundled back, sporting glow stick halos. The moon lit our way along the somewhat bumpy path, until we made it to the mini bus, where we were greeted with a delicious array of donuts, courtesy of Mr Brown. Munching on donuts and singing along to moonlight themed hits, we drove home- slightly tired, but certainly smiling. 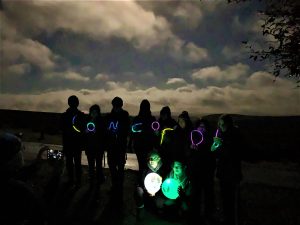 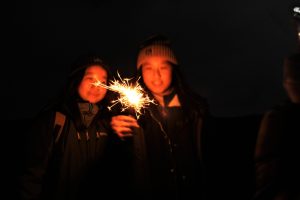 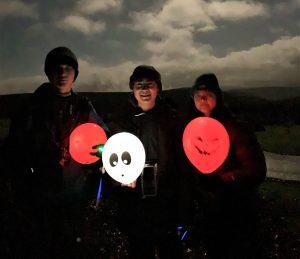 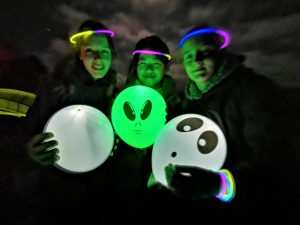 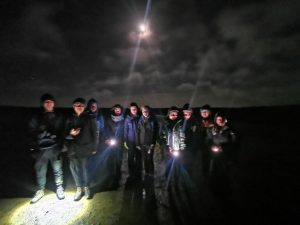 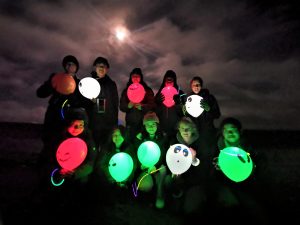