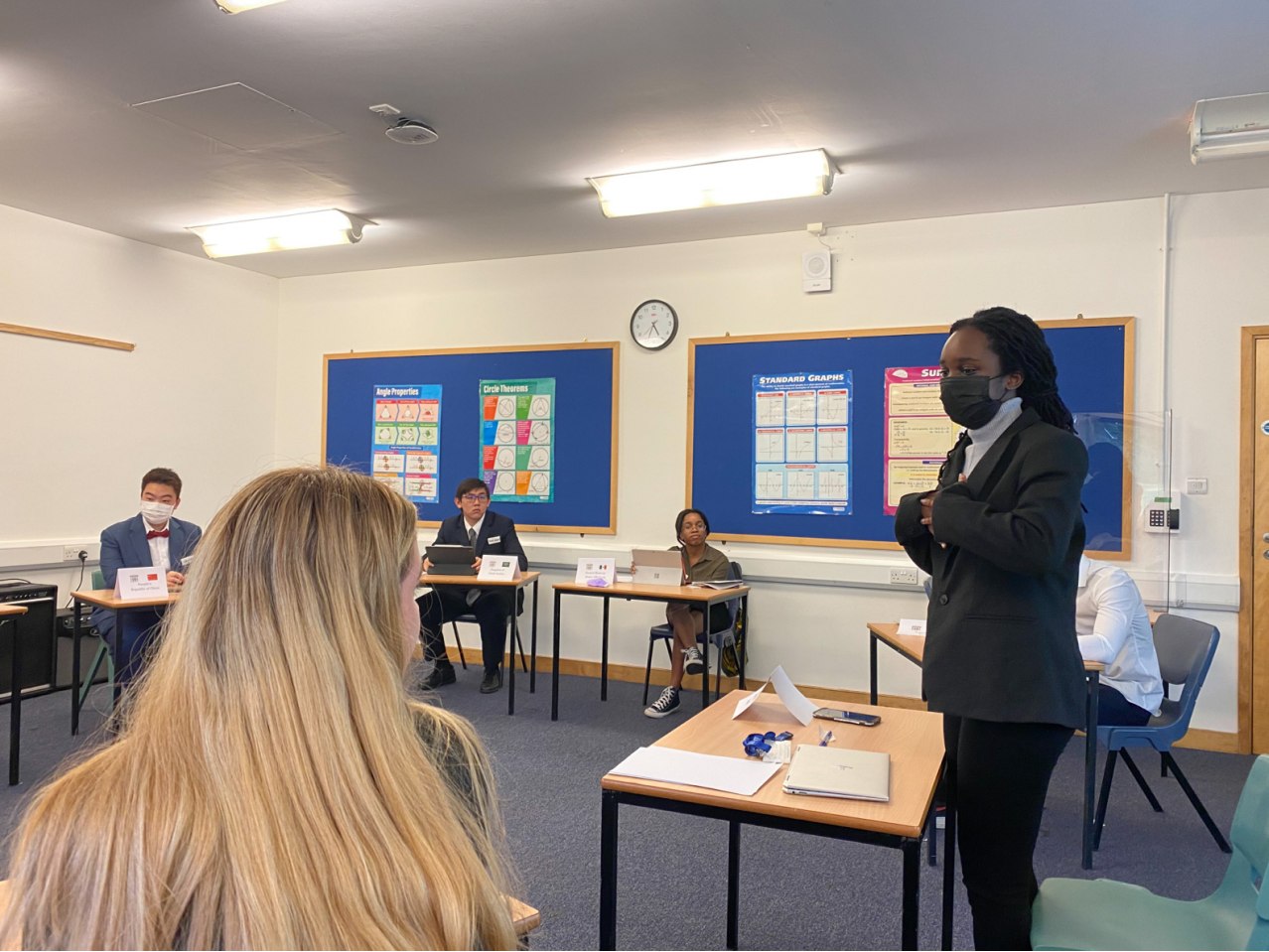 It is only fitting that after long hours of rigorous planning towards this event, there will be a long blog to act as tribute…

Now, where should I begin? You got it – what better way to stimulate debate? This delegate sets forth the clause: Urges the importance of…just kidding, I’m not a delegate (although I do urge you to thank the wonderful team that made this conference possible).

MUN (Model United Nations) acts as an academic simulation of the UN – valuable skills are developed from this, alongside the fantastic opportunity to familiarise oneself with international relations and diplomacy. Personally, having the privilege to act as Chair was a humbling experience. Being introduced to a whole unfamiliar style of debating procedures was a challenge I relished, especially when having to coordinate meetings. Oh, and did I mention? A wide array of prizes were available: not just certificates but custom-made trophies too. (Sadly, I could not get them as a Chair!)

The Concord MUN (ConMUN) committee certainly outdid itself, organising and planning the event to such granular detail. The event’s success is undoubtedly attributed to the team’s hard work and feedback from students acts only as testament to this.

Upon reflecting on his day, first time debater Darren from 6.1 said: “It was a refreshing break from studying for exams and was an overall fun experience to try something new”. Like Darren, attending a MUN conference was a first, where many were pushed out of their comfort zone (which, to be fair, isn’t an everyday opportunity). This acted as an excellent complementary program to Concord’s Pre-U Week, where MUN functioned as a platform for students to refine their orating abilities. Kaitlyn, also new and from 6.1 added: “I learnt about different issues in the financing and budgeting committee. It was indeed a valuable experience and I enjoyed it a lot.”

No – I didn’t forget – here’s a little something from the Secretary General himself, Barney: “It was just incredible to see everyone engaging with the competition. There were lots of interesting and productive discussions within the committees, and we just about managed to avoid starting a full-scale nuclear war, so in my mind, it was a very successful event!”

Next, I’ve got some insider scoop (Oh how exciting…), Under-Secretary Adelyn states: “To say that organising this conference was a daunting task would be an understatement. My job
requirements were to create the Delegate Resources and Training book. It was tiring but the efforts were well paid off. It was extremely wonderful and satisfying to see all the students step out of their comfort zones and try their best at MUN, something they were unfamiliar with.”

Following her initial thoughts, Adelyn expressed: “It was heartening to see so many capable people such as Andrea, Brandon, Ecaterina, Kheng, Shaz, Ivan, Symren and Reuben step forward to selflessly volunteer their services as Chairs. Their attention to detail and intellect have certainly come into play for ConMUN progressing so smoothly, so my utmost thanks goes to them. In the span of around one month, the Secretariat consisting of Barney (Secretary General), Kenneth (Chief of Staff), Caitlin (Country Under-Secretary) and Rachel (Committee Under-Secretary) have all worked tireless and relentlessly to create this well-rounded conference and I am personally so grateful for their constant support.”

Wait hold up, not so fast. The fun isn’t over yet and we haven’t seen the last of MUN. Said Barney and Adelyn respectively: “We’re already thinking about how we could grow the event for next year so we’re hoping it could become a regular Concord event for the school to do each year.

“I look forward to what the next Secretariat plans for ConMUN 2022!”.

Lastly, profound thanks should be given to Mrs Wear, whose dream of creating the first-ever Concord MUN (ConMUN), spurred the Secretariat into planning the conference from scratch and giving valuable insights.

I get it, you’re all done with reading. Motion to adjourn debate? This Chair passes the motion.