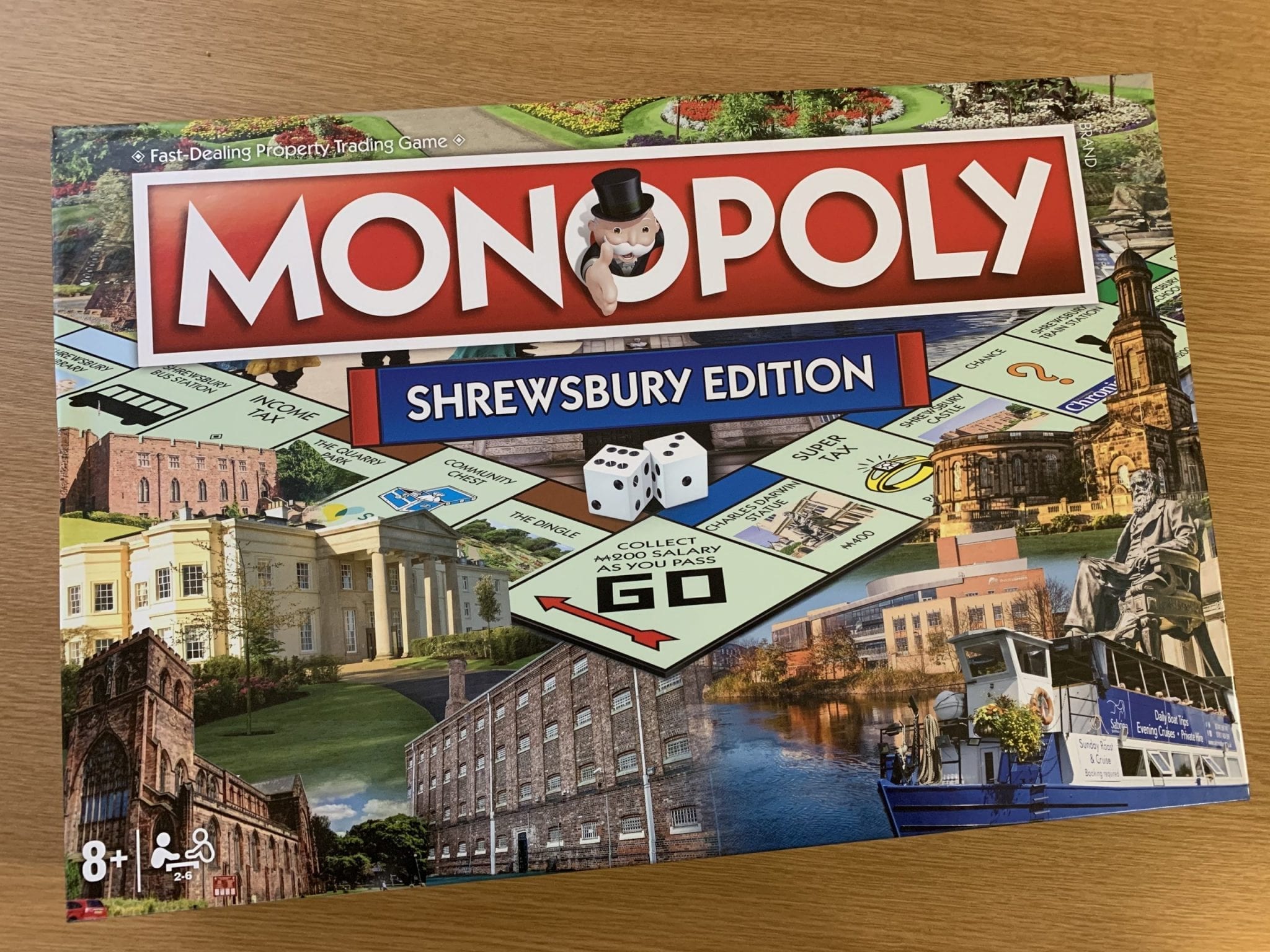 This morning marked a historic moment for the town of Shrewsbury as an official Shrewsbury Monopoly board game was released – with Concord featuring! On May 2nd, Mr Monopoly himself was in the town centre to announce that Shrewsbury would be getting its own official Monopoly board. The town was selected ahead of 24 other cities and towns, as one of just a few special boards made in the UK in 2019 and a handful worldwide. After a long wait, earlier today the chosen landmarks were announced as voted for by the people of Shrewsbury. Concord's Marketing Department was ‘delighted’ to attend the official unveiling ceremony at Shrewsbury Prison, and at 10am, Shrewsbury was declared as ‘Passing GO!’ From popular local charities and events, to historic monuments and landmarks, Concord was thrilled to be chosen as one of forty squares on the board, and one of just three educational establishments – all placed in Monopoly’s traditionally prestigious ‘green section’ of the board. Concord also features on the playing board and box in a collage of some of those included, as well as having a dedicated Community Chest card. At the launch, it was declared that this special and unique addition of Monopoly would be hitting local shop shelves the same day, ahead of Christmas… Amazingly, it has already sold out in some local stores, and the makers of the game, Winning Moves UK also reported that advanced orders from retailers like WH Smith and Waterstones have reached “epic” proportions. Mr Hawkins was happy to welcome 'Mr Monopoly' to the college earlier this afternoon, who presented the game to the college, as well as meeting with students and staff. Said Mr Hawkins: “We are truly delighted that Concord College has been recognised in the new Shrewsbury Edition of Monopoly. “The vibrancy, beauty and cultural depth of Shrewsbury is extraordinary and here at Concord we feel honoured to be a small part of it. “As a school with 600 students from Shropshire and around the world as well as over 300 employees, we also hope that we contribute to the very special community that is celebrated in this amazing Shrewsbury Monopoly.  I will certainly be buying a set!”