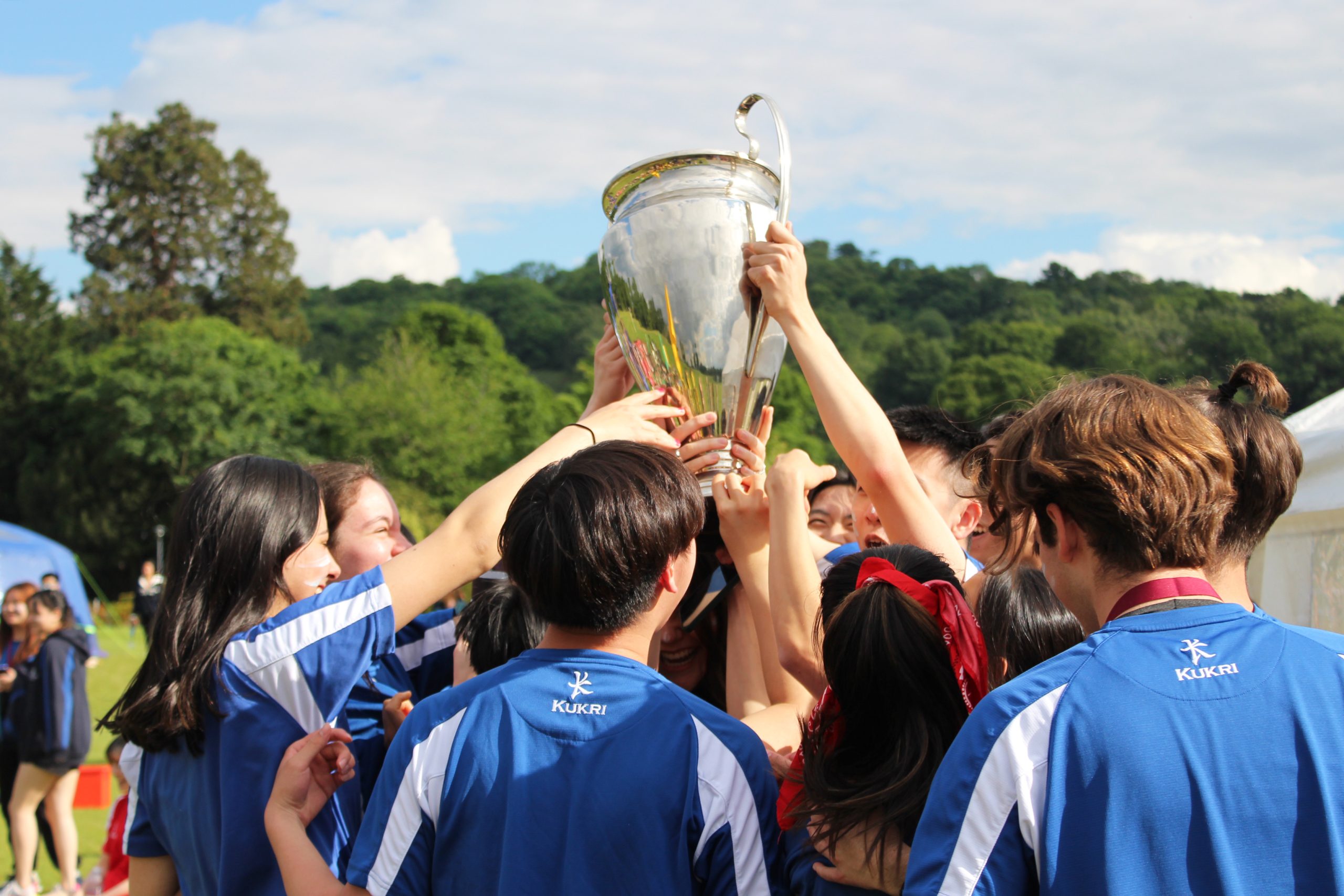 Last week, Concord’s ever-competitive annual House Trophy competition reached its finale, with students in the hundreds taking part in the House Athletics event. After Teresa won the House Trophy last year, Teresa students were keen to retain their title – a feat which has not been achieved since before the House names were changed to their current format in 2013-14. After a drizzly start to the day, the sun shone through for participants and spectators to enjoy, and the day consisted of exciting field events, individual track races, and relays. The College was particularly pleased to operate more freely on the day, without the additional Covid-19 restrictions put in place in the 2021 competitions, and students were excited for the return of the notorious tug-of-war event – which has been enjoyed by students since the 1970s. Concord’s Mrs Julia Kerslake of the Sports Department commented: “There were 608 competitive entries to the day’s events, 152 medals awarded, and 24 records broken. “A huge well done to all who took part!” Before the overall results and standings were revealed at the end of the day, Principal Dr Michael Truss awarded many individual and team prizes, including ‘individual champions of the day’ – some of whom won multiple events. Congratulations to the individual champions: LS BOYS – Darwin (Pankhurst) LS GIRLS – Georgia (Teresa) US BOYS – Jeremy (Gandhi) US GIRLS – Beth (Teresa) Form 5 student Darwin won the 100m (new record: 11.82), long jump, high jump and 4 x 100m relay; Form 4 student Georgia won the 200m, long jump, high jump (new record: 1.38m) and 4 x 400 relay; 6.2 student Jeremy won the javelin (new record: 37.80m – beating the former record from 1996), shot putt and tug-of-war; 6.1 student Beth won the 400m (new record: 1.08.09) and 1500m (new record: 5.15 – knocking 52 seconds off the previous record). Gandhi, Mandela and Pankhurst were especially elated to steal points from Teresa in the latter events of the day such as the relays, and this meant students and staff eagerly anticipated the ‘unknown’ results of both House Athletics, and of course, the overall House Trophy standings… The House Athletics standings were then announced: 1st – Teresa 2nd – Pankhurst 3rd – Mandela 4th – Gandhi Jubilant scenes followed for Teresa House, who’s win ensured they retained the House Trophy for 2021-22 – a new record under the current House format. 1st – Teresa (156 points) 2nd – Mandela (130 points) 3rd – Pankhurst (114 points) 4th – Gandhi (82 points) Students in a sea of blue jumped up and down, hugging, laughing, chanting and celebrating with the trophy and congratulating one another, as well as Head of Teresa House, Mr Chris Arthur and fellow Teresa staff. Reflecting on another hugely impressive year for the House, Mr Arthur said: “It has been an amazing year for Teresa House with incredible performances across all the House events in each term. “It's been wonderful to see not only the skill and talent within the House but also the support and encouragement of each other and other Houses throughout the competition. The fantastic House spirit and character, that sense of helping each other and having fun rather than it being all about the win is one of the things that makes Teresa and the House competition as a whole so special. “I am delighted to see their amazing efforts being rewarded with the historic achievement of winning both the House Cup & Sports Day twice in a row which has never been achieved before under the current House system. “Donald, Myrtle, Ben and Chloe have been wonderful House captains this year ably leading and guiding the House – with the Monitors and Prefects – to this remarkable result. Angel, Bulut, Jady and Ian have also been critical to success this term coming in as the new House Captains and picking up and running with the baton passed on by the outgoing House Captains.” He added: “Everyone who has taken part, performed, or cheered on and supported others has contributed to this victory, and it is all of their efforts that have secured this unique moment for the House and I thank them all for everything they have done.” Click here to view the House Athletics photo gallery.