of the Future – Shropshire Music Awards 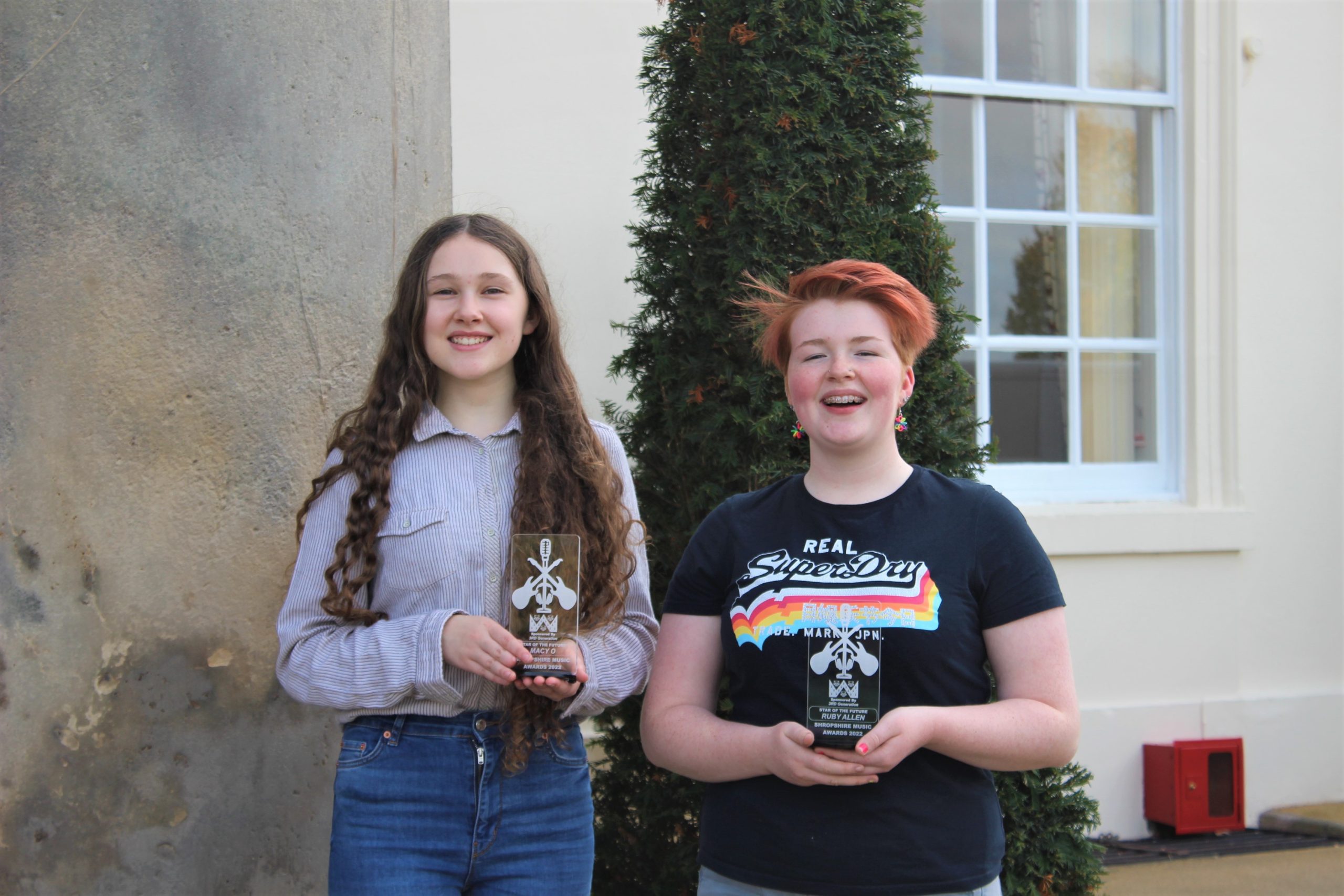 The inaugural Shropshire Music Awards, held in Telford on October 6th saw two talented Concord students receive special “Star of the Future” awards. The awards were the first of their kind in Shropshire, aiming to celebrate and recognise the musical talent across the county. Over 400 people attended the exciting event organised by Culture Tainment, a community interest company that supports artists in Shropshire by providing training, mentoring and events. Concord students Ruby and Macy were delighted to attend the awards ceremony and walk the red carpet at the Place Theatre Telford. 6.1 student Ruby was amazed by the supportive and lively atmosphere, “I am super-grateful to have been nominated and I am beyond thrilled to have received an award”. Macy, who is in Form 4 was equally ecstatic about winning a Star of the Future award and was “humbled to be shortlisted alongside other amazing artists”. Throughout the evening attendees saw entertainment from live acts and watched an array of guest presenters hand out different awards. Alongside their Star of the Future awards, Macy was also nominated for Best Single for her song “No Home” whilst Ruby was nominated for Best Solo Artist. As for the next steps, both Ruby and Macy are continuing their musical journeys by writing and recording new music as well as performing at live gigs and events.