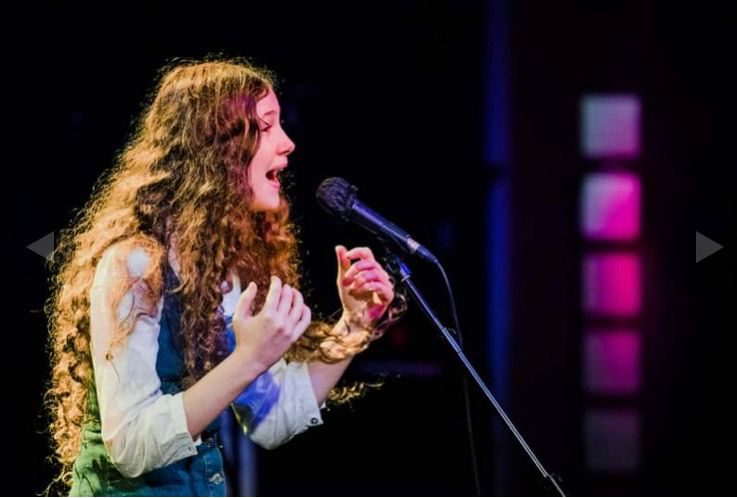 One of Concord’s newest students has been named as a finalist in a prestigious songwriting competition. Macy, who joined Form 3 this September, is a finalist in the Song Academy Young Songwriter competition (SAYS#21), an international competition with over 1000 entries from young songwriters aged 8-18. The competition is now in its 11th year and has a judging panel that includes famous music producers, songwriters and performers, this year’s panel included Fraser T Smith, Midge Ure, Tom Odell, Miranda Cooper, Tom Grennan, Eg White, Chris Difford, Sacha Skarbek, Emily Phillips, Janet Devlin, Dan Gillespie-Sells, Hannah V, Harley Sule, Michelle Escoffery, Paul Adam and Calum Scott. Macy began performing at an early age and has performed at events throughout the UK, including playing Jemima in Chitty Chitty Bang Bang at The New Alexandra Theatre in Birmingham. She wrote songs during lock-down, when she wanted to write a song about the wonderful work of the NHS. After that, her love of song writing has only grown stronger something Macy describes as “a wonderful adventure”. The song Macy entered in SAYS#21 is called ”Voices” and she was invited to perform it at the SAYS#21 showcase in Notting Hill, London, at the end of last month. Macy had a brilliant time at the event and said: “Singing at the showcase was so exciting, I got to work and meet an amazing band and lots of lovely people - The venue was quite large and the crowd were amazing!” Concord’s Head of Music, Mr Kokkinos said “Macy’s song is beautifully written and sung with deep emotion and musical maturity.” Macy is currently finishing work on her first EP and is also auditioning for “Voice Kids”, Mr Kokkinos is looking forward to more songs from Macy in future “I would like to wish her the best of luck with her entry in this year’s ‘Voice Kids’ and we shall look forward to hearing her performing some of her original material here at Concord in one of our future concerts.”