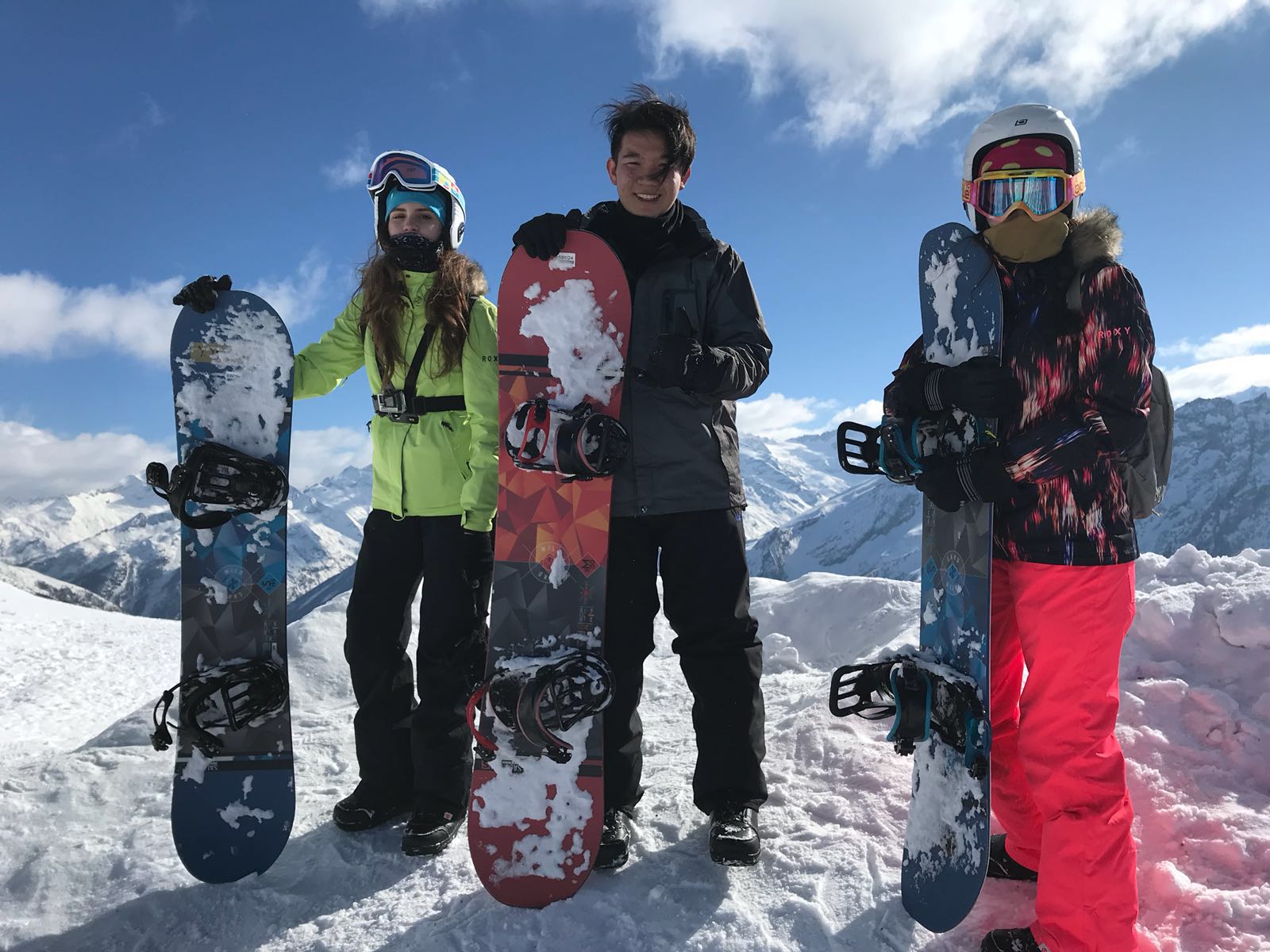 During the half-term break, a group of Concord students and staff attended a week long skiing trip in Pila, Northern Italy. The group, consisting of 42 students and 6 staff members, stayed at a resort in Aosta – the third Concord ski trip at this destination over the past three years. Divided into ability-based groups, there was a beginners ski group, in addition to 3 more progressive groups up to advanced level. And for the first time, staff and students were able to snowboard. Said 6.1 student, Larissa: “This was my first ski trip with the school, and my first ever time snowboarding as well. It was truly an amazing and unforgettable experience. I was able to go from not even knowing how to clip-in to my snowboard, to zooming down some easy slopes.” By the end of the week, most groups were able to experience small jumps at the Ski Park. In the Olympic spirit, many tried their hand at half-pipes, whilst some groups even attempted ‘the wall’ – the hardest difficulty of the black-run courses. Students were particularly inspired by watching a junior snowboarding competition too. Concord PE teacher and leader of the trip, Mrs Robbins, said: “The whole experience was fun-filled. As well as having a really good time, every single person developed either their skiing or snowboarding skills over the course of the week. “It was a nice touch for the students to receive certificates from their instructors for the different criteria and levels that they had achieved.” Throughout the week, the Concordians experienced an array of weather – from sunny and bright during the first two days, to what can only be described as a blizzard-like ‘whiteout’ in the last day or so. As well as skiing and snowboarding, staff and students explored the resort and also engaged with afternoon and evening activities such as bowling, ice skating and food-themed nights. Next year, Concord is aiming to take a group of over 50 students and staff, as the demand and enjoyment for winter sports continues to increase. Click here to view the photo gallery.