Mr Hawkins to take up new ‘global’ role at Concord 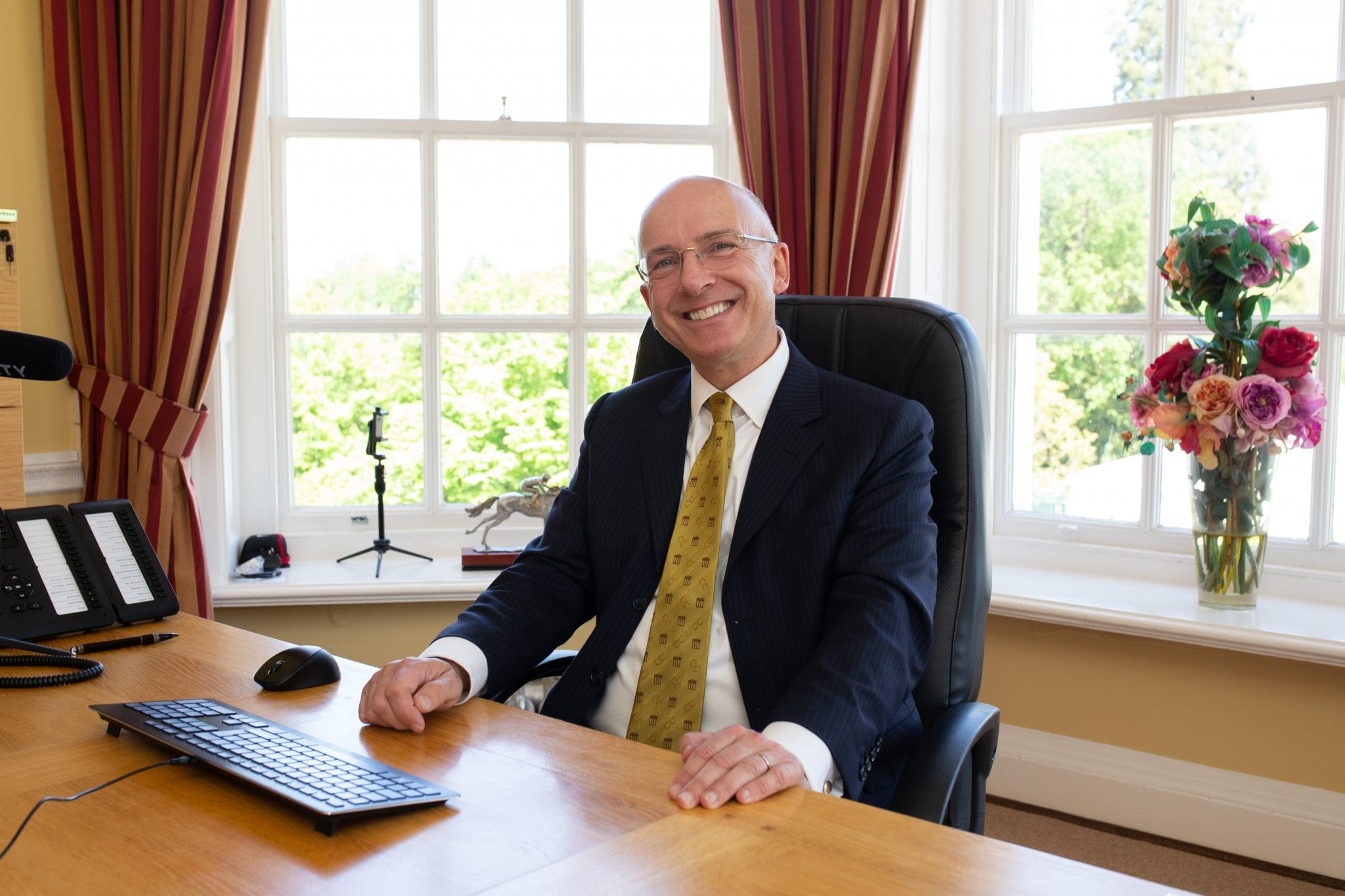 Concord’s Principal, Mr Neil Hawkins – who has been at the college since 2005 – is to relinquish the post of Principal from the beginning of September and take up ‘a new and exciting role’. Described as an educational visionary, inspirational teacher, and creative leader, Mr Hawkins, 55, who has been at the helm for 16 years, is to become Global Principal of Concord College International Ltd – a new post. Speaking of the new position, he said: “As Concord College International opens more educational institutions, the idea is to ensure they have rigour, kindness and creativity as the foundations – the fundamental values here. “This is an interesting opportunity to develop the Concord ethos internationally and it is an ethos that the world needs now more than ever. “Parents around the world want high quality education for their children and that’s what Concord stands for.” As Principal of Concord’s Acton Burnell based site in Shropshire, Mr Hawkins was instrumental in 2017 in establishing the Shanghai Concord Bilingual School (SCBS), a day school which is now educating 1,000 pupils with 200 staff, and he will have responsibility for setting up a second school in Shanghai in September 2022. In his new global role, Mr Hawkins will spearhead overseas relations, and is already looking at investigating partnerships in China, Malaysia, Thailand and the Middle East and establishing Virtually Concord, an online global education platform. “The lovely part of the role is helping to support Concord, marketing Concord and meeting alumni from across the generations” said Mr Hawkins. “The appointment is a very important statement of intent for the future. We want students to become citizens with a global outlook which is very important for the future and the more children we can educate in the Concord way – the better.” He will be based in his home in Bangor overlooking the Menai Strait, although will travel extensively where possible, and will also have an office at Concord’s Acton Burnell site. In a tribute to Mr Hawkins, the chairman of Concord College Trustees, Dr Iain Bride said that under his ‘dynamic leadership,’ the academic success of the school was ‘unprecedented.’ “He has introduced a rigorous approach to all aspects of teaching and staff development with great success. But perhaps a greater contribution has been the change he has brought about in the pastoral care of the students. “This is largely owing to his engaging personality and the confidence which he engenders in parents that he, personally, will take responsibility for their children’s education and welfare. “Neil has proved himself to be an outstanding principal whom I have come to admire enormously, and it is noteworthy how impressed parents are by the values which their children develop whilst at Concord.” Vice Principal (Academic), Mr Tom Lawrence added: “We all wish him well in his new role and we can be confident that he will continue to build the college’s profile across the world – which is proven through the college’s growth already.” During his tenure at Concord, the number of students at Concord has risen from 250 to 600 and staff numbers have trebled in size to over 350. In addition, the campus has doubled in size and its facilities have been developed and improved immeasurably – the college’s investment in the education of young people. The college has consistently become one of the top five performing boarding schools in the UK, achieving very high school league table positions for A level and GCSE. And the college has been left “in a robust position” according to Mr Hawkins – who was recently described as ‘an unparalleled inspiration’ by a Concord and Cambridge alumnus. “There has been more interest in the school in the last 16 months in terms of enquiries and at the same time more applications than at any time in Concord’s history, despite the pandemic, which is remarkable and a tribute to the amazing team here. “We have a wonderful staff team on every level, academic and pastoral, around the college, and all the staff have played a significant part in the success that Concord has achieved. I am completely enriched by the experience,” he added. Reflecting on his 16 years at the college, Mr Hawkins said: “My wife Vanessa, myself, and our son Philip, now 25 (who spent five years as a student here), all appreciate what Concord has given to our family and have been completely enriched. “We’ve had opportunities and experiences we could never have dreamt of with lasting friendships around the world. “The world is a huge and complex place, and life changes I have personally experienced have given me a huge amount of perspective; I feel I have become a better human being for having experienced life at Concord. “I am looking through a lens which is pretty clear. Having experienced many changes in the pandemic, what is important in life is trying to make the most of it and being a better person for others. “It has been an utter privilege to have been Concord’s principal.”