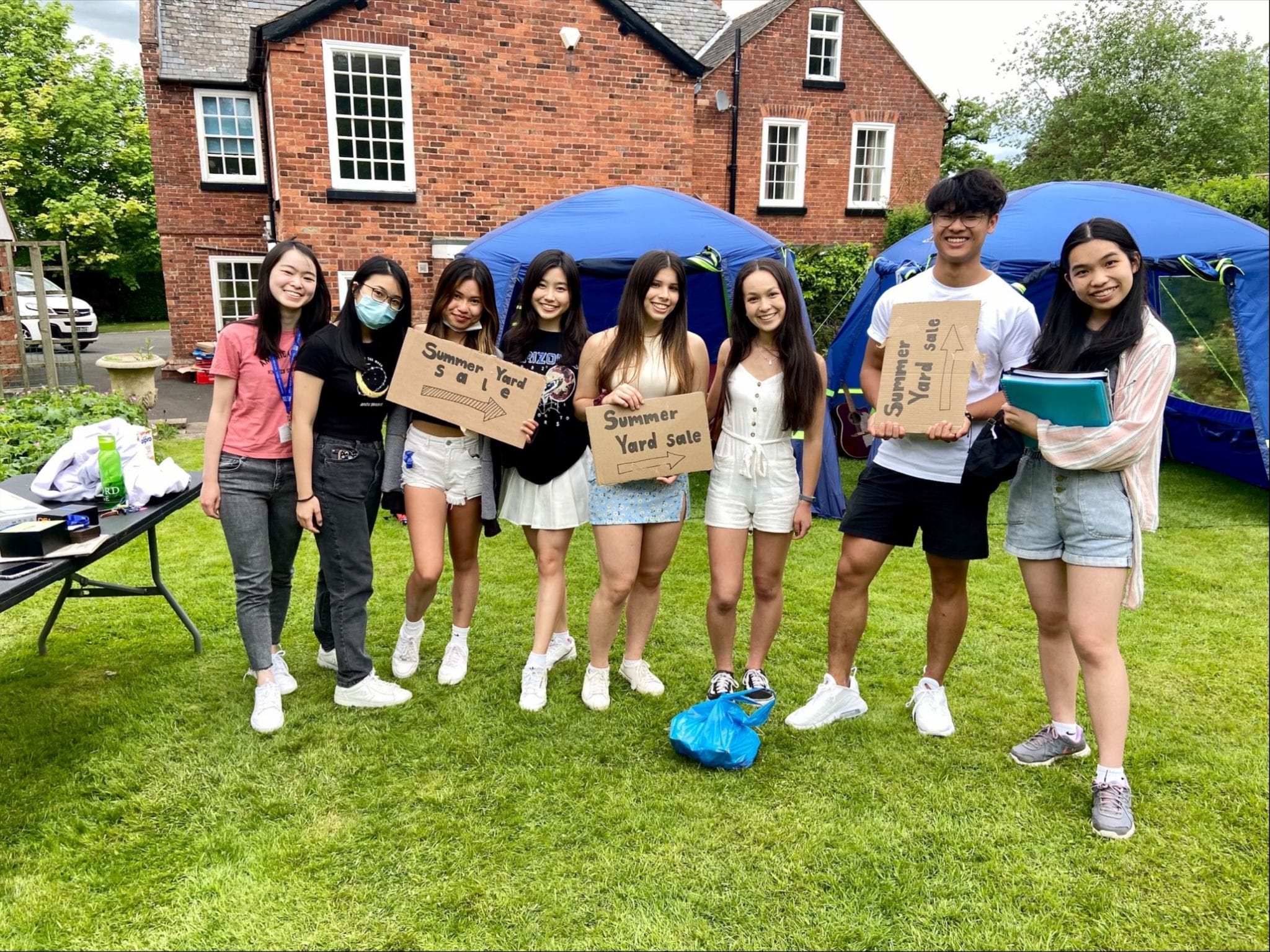 Last weekend, Concord’s newest Outreach team was delighted to host a ‘Summer Yard Sale’ in the garden of the Principal’s House, raising funds to support COVAX. COVAX is a World Health Organisation initiative delivered by UNICEF and other global charities which ensures third-world countries have equal access to vaccines as the more economically developed countries. Ahead of Principal Mr Neil Hawkins’ and Head of Marketing, Mrs Vanessa Hawkins’ departure from Concord’s Acton Burnell site at the end of the academic year – as they take up new roles for Concord International – the pair were selling various items to support the charity initiative. Items included a variety of ‘bric a brac’ from their household, such as valuable vintage items, CDs, camera equipment, a telescope, books, textbooks, ornaments, jewellery and more. In addition to students being able to purchase such goods in designated timeslots and year group ‘bubbles’, staff were also invited to purchase more substantial items for a donation, including furniture – specifically, a sofa, an oak sideboard and also a 1980s grandmother clock. Other activities included musical performances and singing from Concord students, ranging from solos, duos, bands and formal arrangements, with peers encouraged to support and join in with the ‘end of year’ festivities and sales. The Outreach team – newly appointed, as former members leave the college or change roles – described the event as “a fun summer day for all, to end the final term and mark new beginnings.” New Outreach President, Miella, said: “Our first event was more successful than we could have ever imagined. “I was delighted to join Outreach after seeing the considerable work that had been done in the last year and the opportunities it had to offer. “It’s great to be involved in Concord life in a practical way that not only helps to build on skills such as teamwork and leadership, but in a way that contributes to society too.” An additional ‘student favourite’ wasn’t to be missed on the day: food. To assist with fundraising, Outreach members sold Dominos pizza, ice cream and an array of fruit smoothies in the sunshine. Reflecting on the day and her final Outreach fundraiser at the college, Mrs Hawkins said: “Mr Hawkins and I really enjoyed the day and we also manged to sell lots of items that we do not have space for when we move. “The atmosphere amongst those who attended was very relaxed and the musical performances were tremendous. “It was probably was the best ‘first event’ organised by the student team since we started Outreach in 2006. “A huge thank you to all of you who supported the Yard Sale on Saturday either by attending or helping us with the set-up and logistics… It was a fantastic team effort and we have raised around £800.” Miella added: “Going forward, the Outreach team are hoping to organise a number of events ranging from seasonal activities to international themed events and evenings. “We aim to raise money for a number of charities in the coming year whilst involving as many Concord students in the activities we plan to organise.” If you would like to support the COVAX fund, you can securely donate to Concord’s JustGiving page by clicking here.