Concord in Top 3 for A Levels 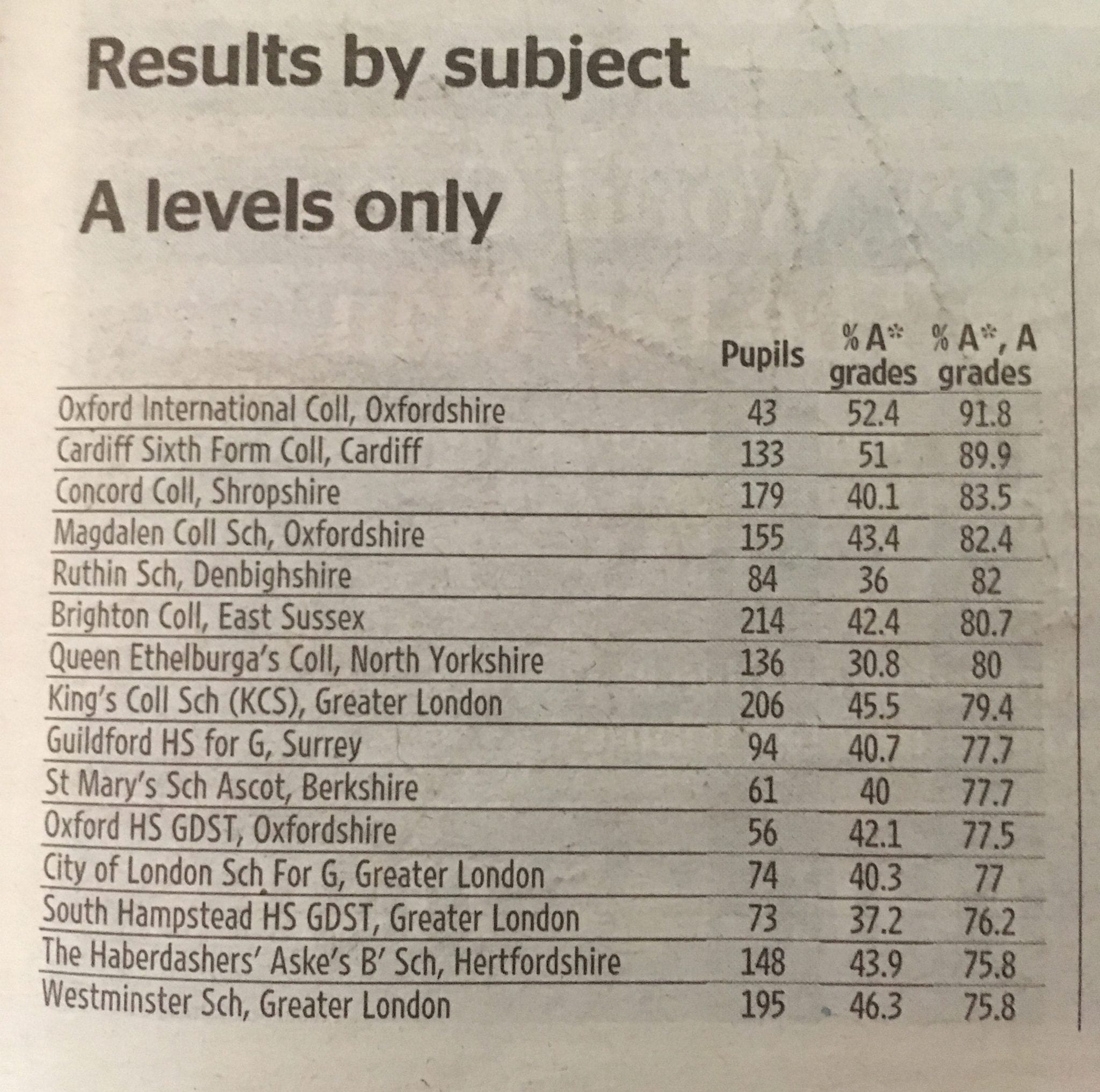 Concord has been ranked in the top 3 independent schools for A level according to the latest data provided by the ISC (Independent Schools Council) and published today in The Times. Concord was placed 5th overall in the rankings including schools taking other equivalent qualifications (including IB and Pre-U). Schools are ranked according to the percentage of A*/A awarded at A level (or equivalent). This year’s A level exam results have revealed that 17.2% of entries from independent schools achieved an A* which is more than twice the national average of 7.8%. Concord students achieved 40% of grades awarded at A* which is five times the national average. Said Concord Principal Mr Neil Hawkins: “I am truly delighted in Concord’s 70th anniversary year that the school has ranked at its highest position in UK national league tables. The best part of this achievement is that each of our 179 leavers has achieved success and will grow in confidence as a result.” He added: “I am sure - like me - that the whole Concord worldwide family is enormously proud of our 2019 leavers and of the academic, pastoral and support staff who have enabled this success.”