of Iceland ‘well worth’ heatwave sacrifice for Concord expedition 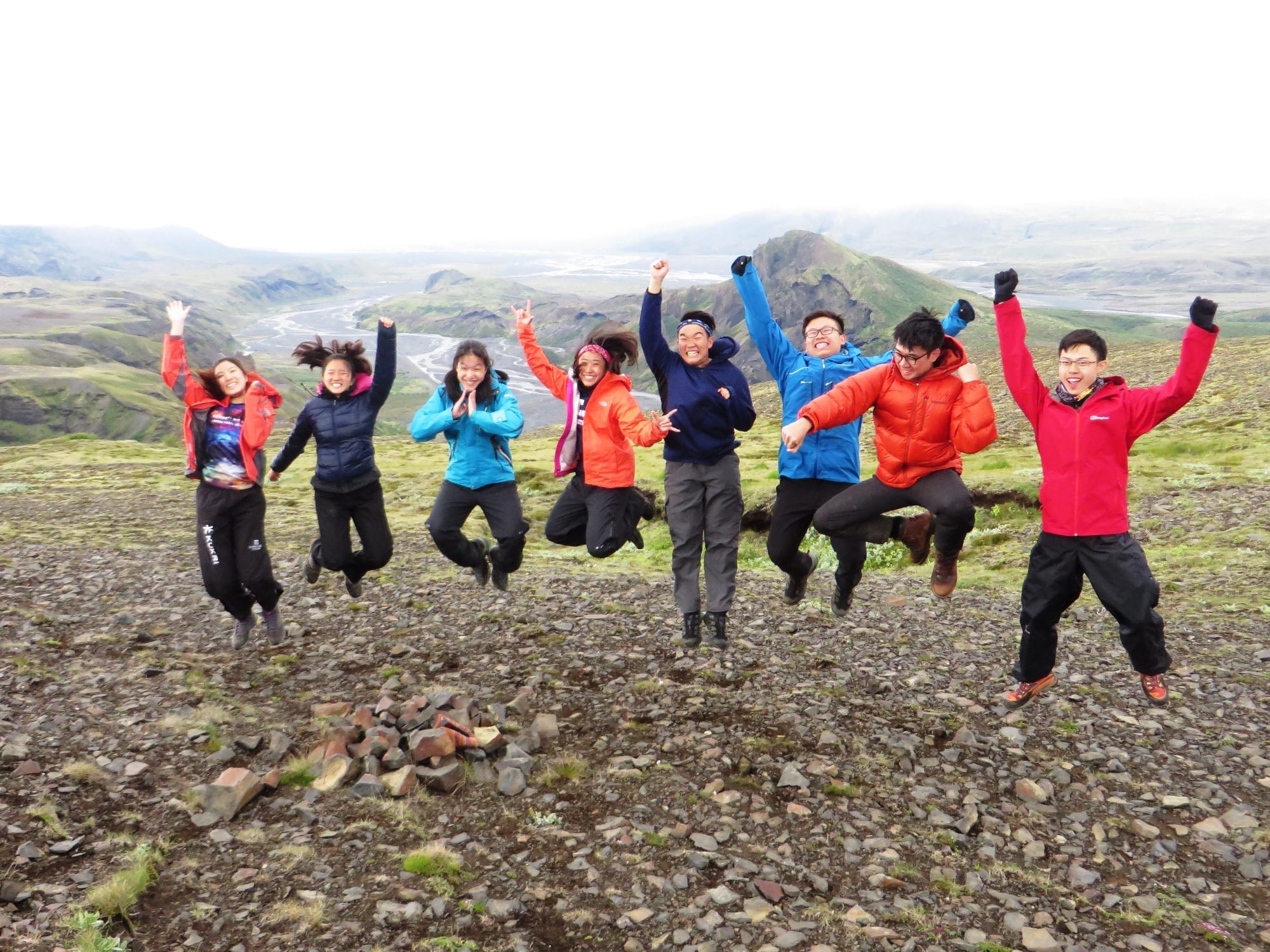 Whilst Shropshire has been enjoying a heatwave, a party of nine students and two teachers from Concord were experiencing one of Iceland's greyest and wettest summers on record. But the group regarded the landscape, from the volcano that erupted in 2010 to the glaciers, tectonic plates, waterfalls and Geysir hot springs, was well worth sacrificing the sun to appreciate. One of the two teachers, Dr. Phil Outram, Assistant Principal (Examinations and Enrichment) at Concord, clearly remembers the effect the Eyjafjallajokull volcano eruption had on disrupting air travel across large parts of Europe. Students from all around the world who were returning to college at the start of the summer term that year had their air flights disrupted which Dr. Outram recalled was a major problem for both the students and the college. So it was the interesting geology, and the fact he had not previously visited Iceland, that was the reason for the 12 day expedition for the group who slept in tents at a camp site near Reykjavik which was covered in snow. In fact the planned first day's trek of over 1,000 metres had to be changed due to snow.  Instead, the group went to the end of the trek and did day walks in different directions, one of which they described as an 'exciting' climb to the top of the volcano with the craters 1,100 metres above sea level. The 22 km walk that day included 'absolutely stunning' scenery with 'amazing' views of glaciers and icecaps as the Concord party got truly immersed into the landscapes of Iceland. Said Dr. Outram:  "The Icelandic scenery is very raw and wild as well as very remote.  We were a 30km drive off dirt tracks and a long way from civilisation.  Our 12 days included four days of walking and to climb up the volcano and see it at first hand was an amazing experience. "The eruption changed the landscape quite dramatically.  The crater at the top of the volcano had fresh lava surrounded by snow and there was also black ash in the glaciers.  Snow-capped mountains and rivers surrounded us and the waterfalls and glaciers were spectacular. "We also visited the Golden Circle where we saw the hot springs at Geysir, the waterfall at Gullfoss and the rift valley at Thingvellir where the North American and Eurasian tectonic plates are moving apart by 2.5 cm a year. "On the final day we went whale watching off Reykjavik and also saw puffins.  We also came close to the arctic fox which is the only native land mammal in Iceland." He is planning for the nine students to give an assembly presentation to the college on their experiences at the start of next term. See more images at the Photo Library: Iceland Expedition 2018