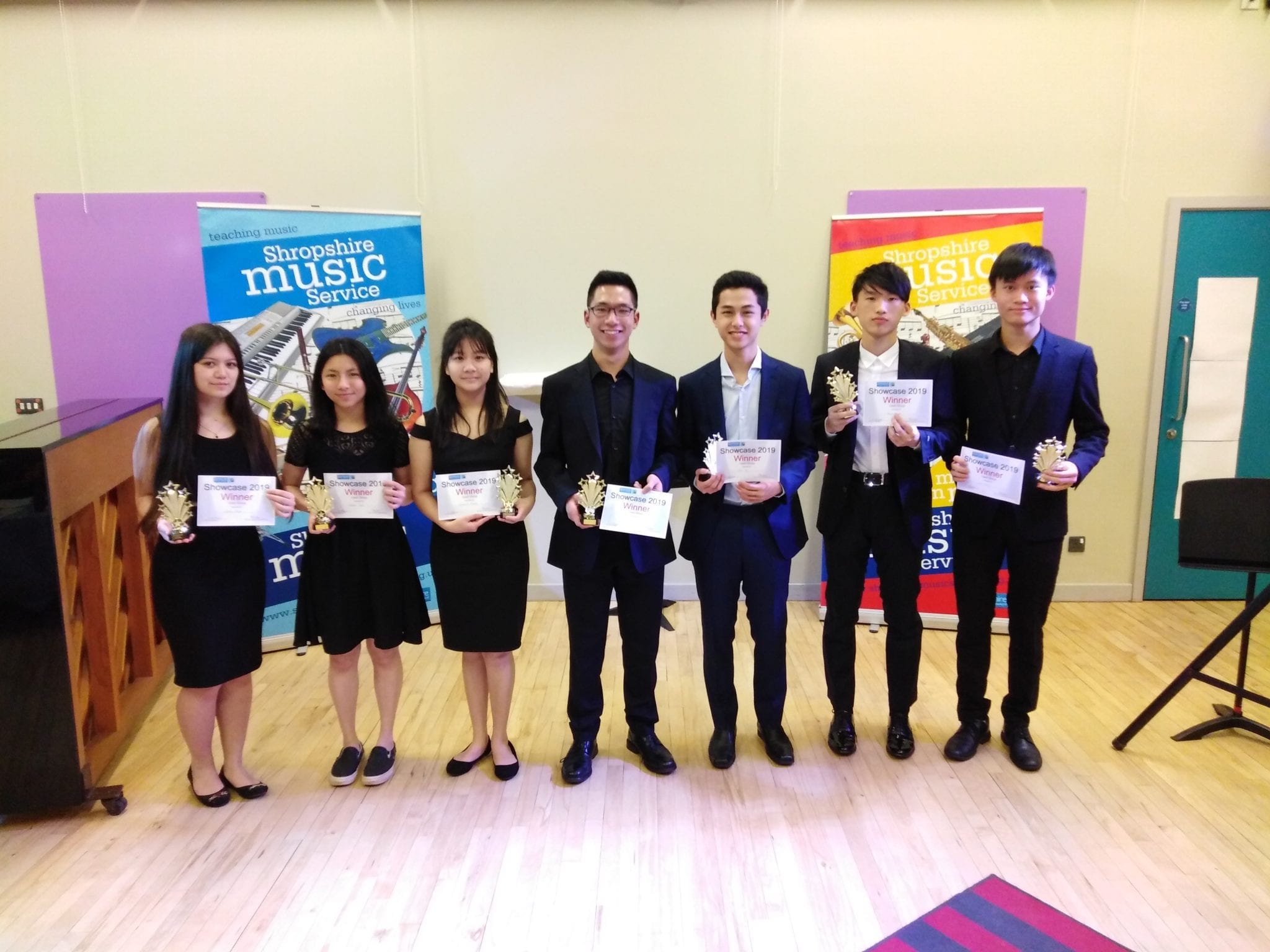 A group of Concord students have won the Open Ensemble category of the Shropshire Music Service’s annual Showcase Competition. The Showcase, designed for the county’s top musicians to compete against one another, took part at the Shropshire Music Service headquarters, at Oakmeadow Primary School before half term. Both primary and secondary schools can enter the event, with students competing in different age groups in solos and small ensembles. The competition has been a haven of success for Concord students in recent years and this year was no exception. In fact, over half of the entrants this year were Concord students. The winning students – from 6.1, Ronnie, Vangie, Gwyneth, Laura and from Form 5, Anson and Louis – ‘wowed’ the judge with “a beautiful rendition of Vivaldi’s double violin concerto” according to Concord’s Head of Music, Mr Stavros Kokkinos. “The competition allowed all of our entrants the opportunity to showcase their musical talents in a friendly and encouraging atmosphere. “They gained a great deal by pushing themselves out of their comfort zone but also through watching and listening to other talented musicians of a similar age performing at their best.” Mr Kokkinos added: “Also pleasing was the fact that a number of other Concord students were highly commended for their performances, as well as placing very highly in solos, with a couple receiving runners-up awards.” The winning ensemble team were the recipients of a small trophy each. 6.1 student and Shropshire’s Young Musician of the Year 2018, Ronnie said: “This year was judged slightly differently to previous years and there was actually only one judge. “Nevertheless, it was fantastic for Concord to win an ensemble award. We competed against a fellow group of Concord students too! “It was important that we practiced lots beforehand. We learnt each other’s parts and timings and had effective communication between all the team members. Ronnie added: “I believe that four of the winning team will also be competing in the Shropshire Young Musician of the Year 2019 too at Concord this Friday.”