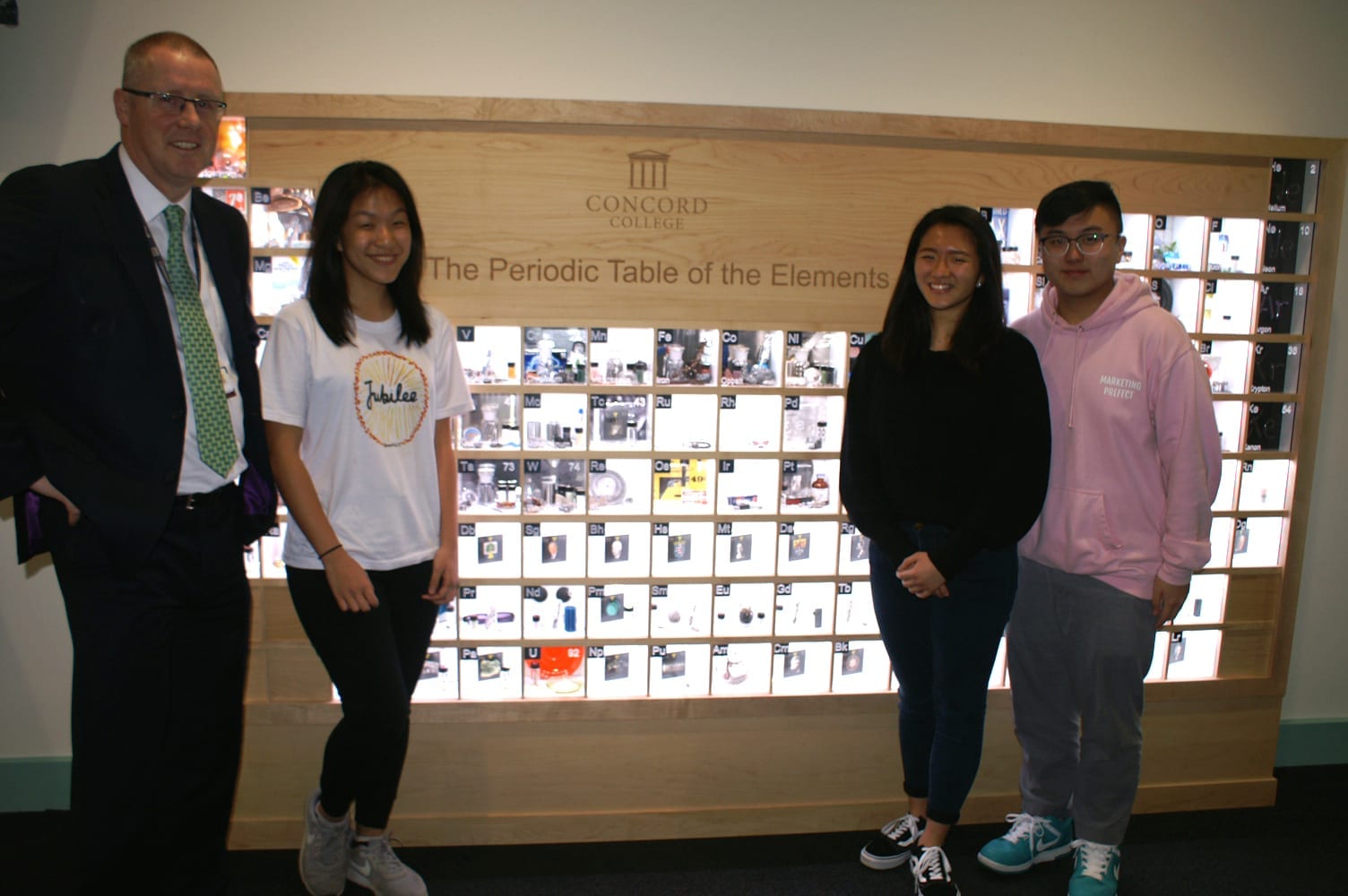 Concord students who have walked into brand new science block for the first time have expressed their ‘amazement’ at the ‘stunning’ state-of-the-art facility. “The new science block has literally taken their breath away,” said Concord’s Head of Science Barry Brown. “Many of the first of our student visitors to the new science block have likened the building to something they would expect at a university which is a tremendous compliment to all those involved in this massive project. “The gasps and thrills were something I haven’t previously experienced in my 31 year career as a science teacher and this new science building is going to be a terrific attraction for local and overseas students to study at Concord College.” The doors of the new science block, with its 21 laboratories, special projects lab, classrooms, prep rooms and offices, opened for the first time this week. The size of the two storey building means that as many as 300 science students will be able to use the facilities at any time, some who are studying the three core sciences, biology, chemistry and physics, visiting most days of the academic week. Said Mr. Brown:  “All students have been greatly impressed with the flow of the wider corridors leading to their rooms and it works really well.  I have also noticed that the science students are much more relaxed in their new environment which really is state-of-the-art. “Five lab technicians had a three week window to pack our previous 14 labs into 22 which is quite a feat.  And a similar number of ICT technicians worked flat out for several months to provide state-of-the-art technology throughout the building.” Appropriately, one of the first topics for sixth form students was immunology and the study of the Australian flu virus which has hit the UK.  “We have been studying whether we are obtaining the right vaccine because of the different strains of flu,” said Mr. Brown, who is pictured with some of his sixth form biology students. “This is a real life topic to kick off our studies in the new building and because we are teaching students from all over the world we have to ensure the impact we have on the sciences works for these students.  They are bright and hard working and they are going to be the people in the future who might get Nobel Prizes.” Concord has been recently ranked as one of the country’s top STEM (science, technology, engineering and mathematics) schools according to government backed education campaign Your Life – a three year campaign to ensure the UK has the mathematics and science skills it needs to enable young people to succeed in today’s global economy.