Celebration of Peace was ‘no ordinary school show’ 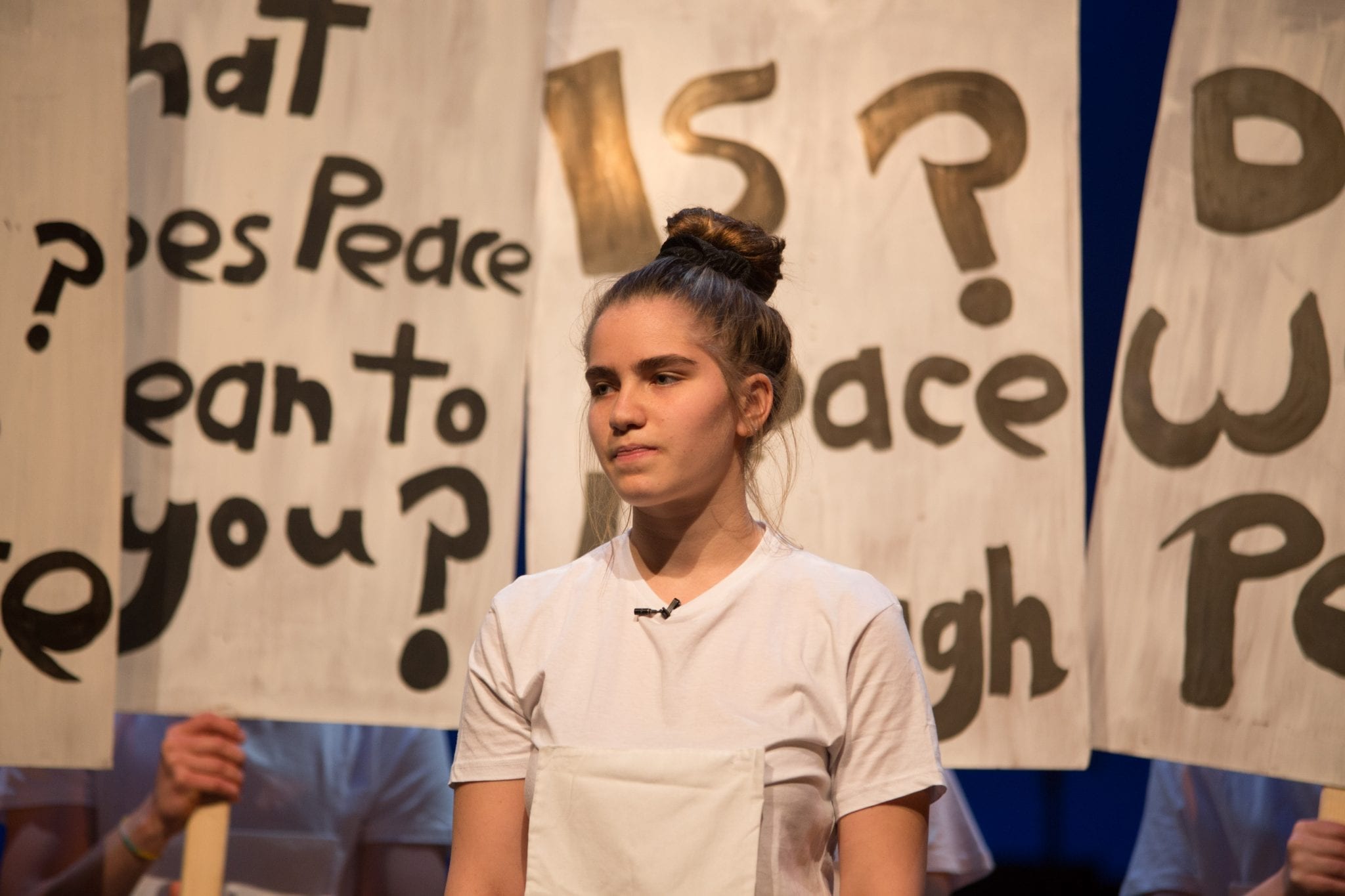 Through inspirational music, dance and drama, more than 350 students from Concord showcased a Celebration of Peace from around the world. For many of the students who took to the stage at Theatre Severn, it was their first experience of performing on stage, let alone in a professional theatre. Yet it was the coming together of Concord’s international societies to showcase all their different cultures that captivated the sell-out audience at Theatre Severn who gave all the students taking part a rapturous applause. There were times during the showcase which brought a tear to the eye as students from across the whole spectrum of the college interpreted the theme of peace through music, dance, drama and the spoken word. The opening number was performed by a 27-strong Samba band comprising the college’s youngest students, plus choir and representatives from all societies. The audience was further entertained through six pieces of drama, musical performances including an Elgar cello solo performed by Ronnie and the choir singing John Lennon’s ‘Imagine.’ The finale, ‘All You Need Is Love,’ by Lennon and Paul McCartney, featured the choir, musicians and representatives from different countries. Modern and traditional dances from Africa, Kazakhstan, Thailand, Eastern Europe, Vietnam, Singapore, Hong Kong, Malaysia, China, Indonesia, Korea, India and Britain explored the theme with emotion, passion and at times humour. Said Azhar from Kazakhstan: “The showcase gave us an opportunity to develop our talents, self-confidence, teamwork and sense of social responsibility.  Each international society had its own representation of what peace is, but in the end no matter where you come from, the meaning of peace is universal.” Wilbert from Indonesia added: “The event enabled the school to ably portray its rich and diverse cultures and how different people from different nations are able to work past their differences.” Miss Hannah Perrins the Musical Director said: “Music has the power to heal and connect our communities.  Our musical programme highlighted our unity as a college, showcasing the combined musical forces of our choice, wind group, string group and bands. “Through the talents of our gifted students the audience was entertained on an imaginative journey to discover the nature of peace.  Ultimately, the event offered the chance for students to connect with each other through the power of the creative arts and give their voice to the particularly poignant theme of peace.” Head boy Mikhail, who is from Moscow, told the story of his grandfather’s experiences in the Second World War at the Battle of Kursk and the dramatic effect of the piece was enhanced as a recording of his grandfather, speaking in Russian, echoed around the auditorium. “I chose to share my grandfather’s story because I think it is the right time to remind the world of how people’s lives can be changed by a global war like the one he took part in,” said Mikhail afterwards. “I believe my narrative was an urge for peace between nations and peoples and I do know that my performance brought tears to the eyes of my grandfather who was watching the livestream. That was the most important thing for me as that means I managed to convey his message.” Concord Principal Mr Neil Hawkins summed up the showcase with the following poignant observation.  “On that night those young people told us that the world should be a better place. “It was ‘crie de couer’ that resonated with the audience in the theatre and those watching the livestream around the world.” As a result of the livestream, over 500 families in 26 different countries were able to watch the moving performance which raised approximately £4,000 for Rotary charities and the Shropshire Federation of Women’s Institutes. In a tribute to the showcase on the website LoveShrewsbury.com Owen J. Lewis wrote: “So what a clever idea to get these students together on one stage and get them to share with the audience what their take was on peace, what it means and how it can be achieved. “This was a slick, professional and wonderfully put together moments of theatricality. This was no ordinary school show, with respect to school shows, but this was something extra, something off the higher shelf.” Click here to view the photo gallery from Concord's Celebration of Peace.