raise over £3500 for Primary School in Ethiopia 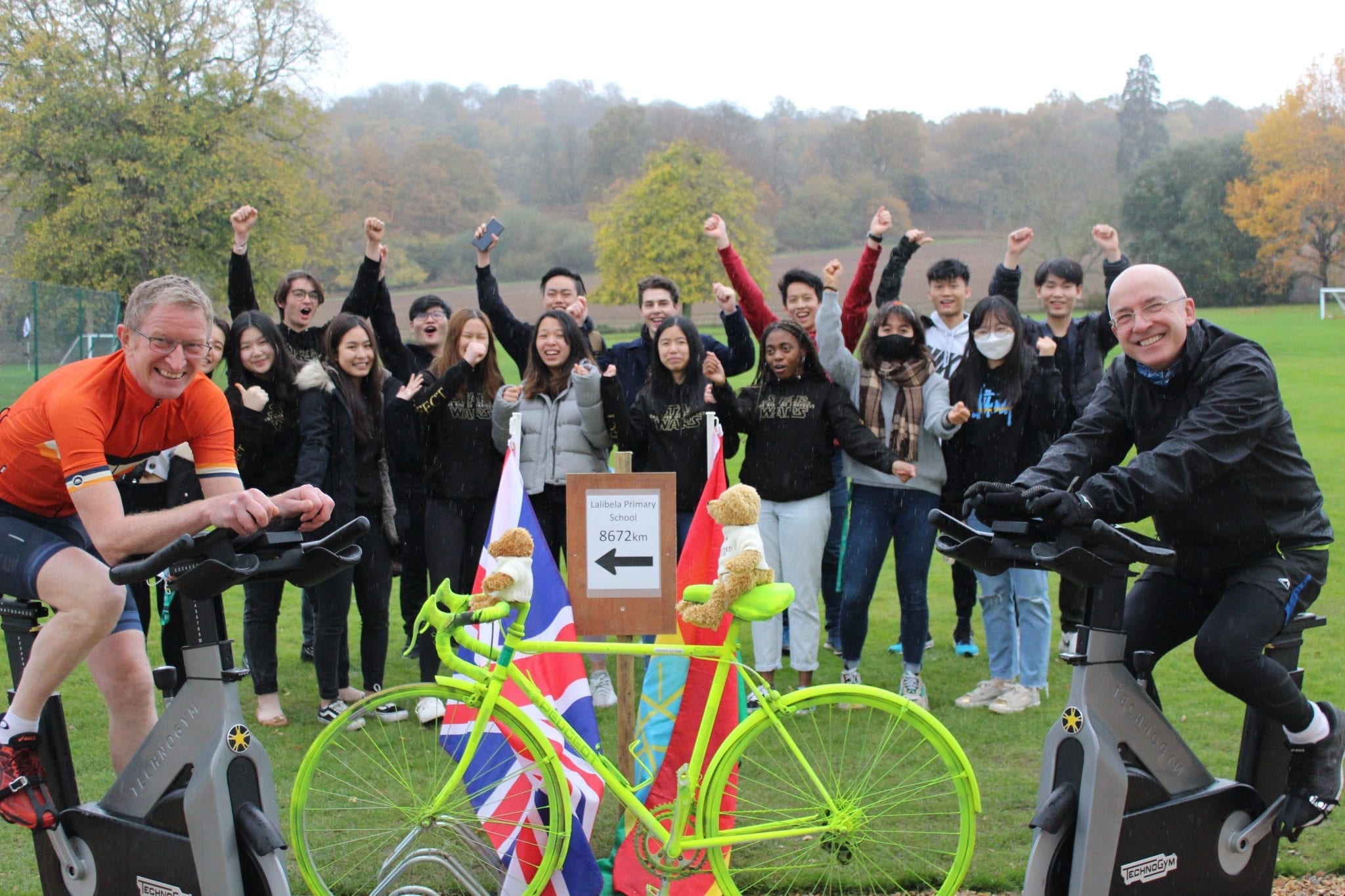 In a first for the college, Concord recently embarked on a unique whole-school fundraising challenge – hosting a virtual cycle to Lalibela Primary School in Ethiopia. The challenge, ‘Pedal4Lalibela’ was a route of 8672km, cycled and rowed, spanning over 14 countries, as well as the English Channel and the Red Sea, designed by Geography teacher Mr Steven Cale, and Biology teacher, Mr Matt Rawlinson. Countries included the UK, France, Belgium, Germany, Austria, Hungary, Serbia, Bulgaria, Turkey, Syria, Jordan, Egypt, Sudan and Ethiopia. The aim of the challenge – which took 16 days in total – was to raise money for Concord’s school charity, Soil of Amhara. “The initial aim was to raise £2000, in order to refurbish two classrooms in Lalibela Primary School, as well as improving learning opportunities for young people in some of the poorest parts of Ethiopia”, said Mr Cale, co-founder of the charity. Last Friday marked the final kilometre of ‘Pedal4Lalibela’, which Concord Principal, Mr Neil Hawkins led, alongside a peloton of students who had greatly contributed to the challenge. By the end of the challenge, Concord had surpassed £3500 – enough to refurbish three or four classrooms and other school facilities, for the 1900 students studying at Lalibela. Whilst the last kilometre consisted of road cycling, the rest of the journey was undertaken using the college’s exercise bikes and rowing machines. The virtual journey was accomplished collectively through student and staff efforts, as well as cycling and rowing contributions from alumni and the wider Concord community. According to Mr Cale, “Over 200 students took part – some of whom are remote-learning in their native countries, and staff also covered over 1000km.” He added: “We are very grateful for the generous donations from so many people within the Concord community. All of the money will go directly to Lalibela Primary School and be invested in improved classrooms. “Please look out for updates in the coming months to see how your generosity is directly helping children and teachers in Lalibela. “I would like to thank Mr Rawlinson, Mr Canney, Mr Harrison, Mr Coffey, Mr and Mrs Hawkins, Anika, Megan and the Outreach team across each year group, Heads of Houses, the Grounds team, and to anyone else who made this possible, or contributed in some way." Former Great Britain Cycling Olympic and Paralympic Team Manager, Mr Dave Mellor – who helped launch the event over two weeks ago, on a spin-bike, said: “The challenge was admirable – I think it’s a great idea for the college, and I hope it’s helped raise much-needed funds for the school in Lalibela.” It’s not too late to donate! To support the Concord community in raising money for Lalibela Primary School, you can securely donate on the JustGiving page. Watch the Pedal4Lalibela finale below: