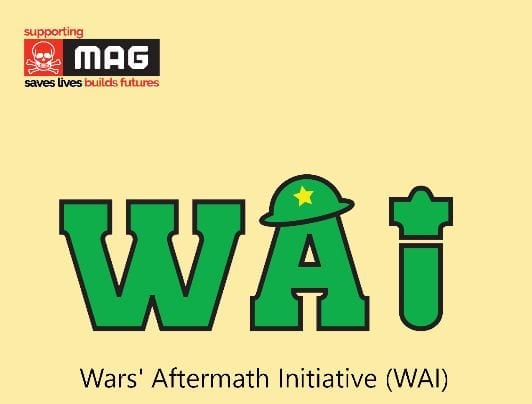 A group of Concord students have recently launched a charitable initiative called the Wars’ Aftermath Initiative (WAI) and they are currently fundraising for the removal of unexploded bombs from the American war in Vietnam. WAI is a charitable project founded with a general view to dealing with the consequences of wars across the world such as unexploded bombs, Agent Orange impacts, and Post Traumatic Stress Disorder (PTSD) in veterans. 6.1 students Duong, Shivang and Amber, and 6.2 leavers Harry and Karen have so far been fundraising through their Vietnamese friends and families but would like to invite the Concord community to support their initiative that operates to support a number of causes. According to the student team, the WAI helps to reduce the negative impact of war in the lives of society because the initiative does the following: Works with relevant national government organisations, dedicated to helping them and the local authorities in dealing with the aftermaths of wars, mainly through raising funds and awareness. Aspires to increase joint efforts to deal with the aftermaths of war, focussing on ordnance removal, Agent Orange victim support, veteran support, etc. Incorporates diversified global connections to raise concern on the issues, and is founded by young people from Vietnam, India, Indonesia, Malaysia, and Singapore. Speaking of their first project ‘season’, WAI Founder, Duong stated: “As a newly found charitable initiative, we chose Vietnam as our first destination to support due to the readily available ties we already have with friends, family and local communities. “Lasting for approximately twenty years, the American war in Vietnam left serious repercussions for both sides. “The number of bombs dropped on Vietnam during the war is more than the total amount used in the entirety of WWII, and they have been killing more than 40,000 up until 2019.” Duong added: “The first benefactors of WAI’s fundraising include Peace Trees Vietnam and the Mines Advisory Group (MAG).” Peace Trees Vietnam was founded in 1995, and their aim is to help heal the Quang Tri Provence, by removing hidden explosives and constructing facilities for locals. And similarly, founded in 1989, MAG finds and destroys landmines, cluster munitions and unexploded bombs in areas affected by conflict. MAG has helped over 18 million people in 62 countries since its formation. You can help the WAI in several ways: Participation. Volunteering. Donating. Donations can be securely made on the JustGiving page. For more information on how to support the initiative, visit WAI on Facebook or Instagram, or email waiseason1@gmail.com.