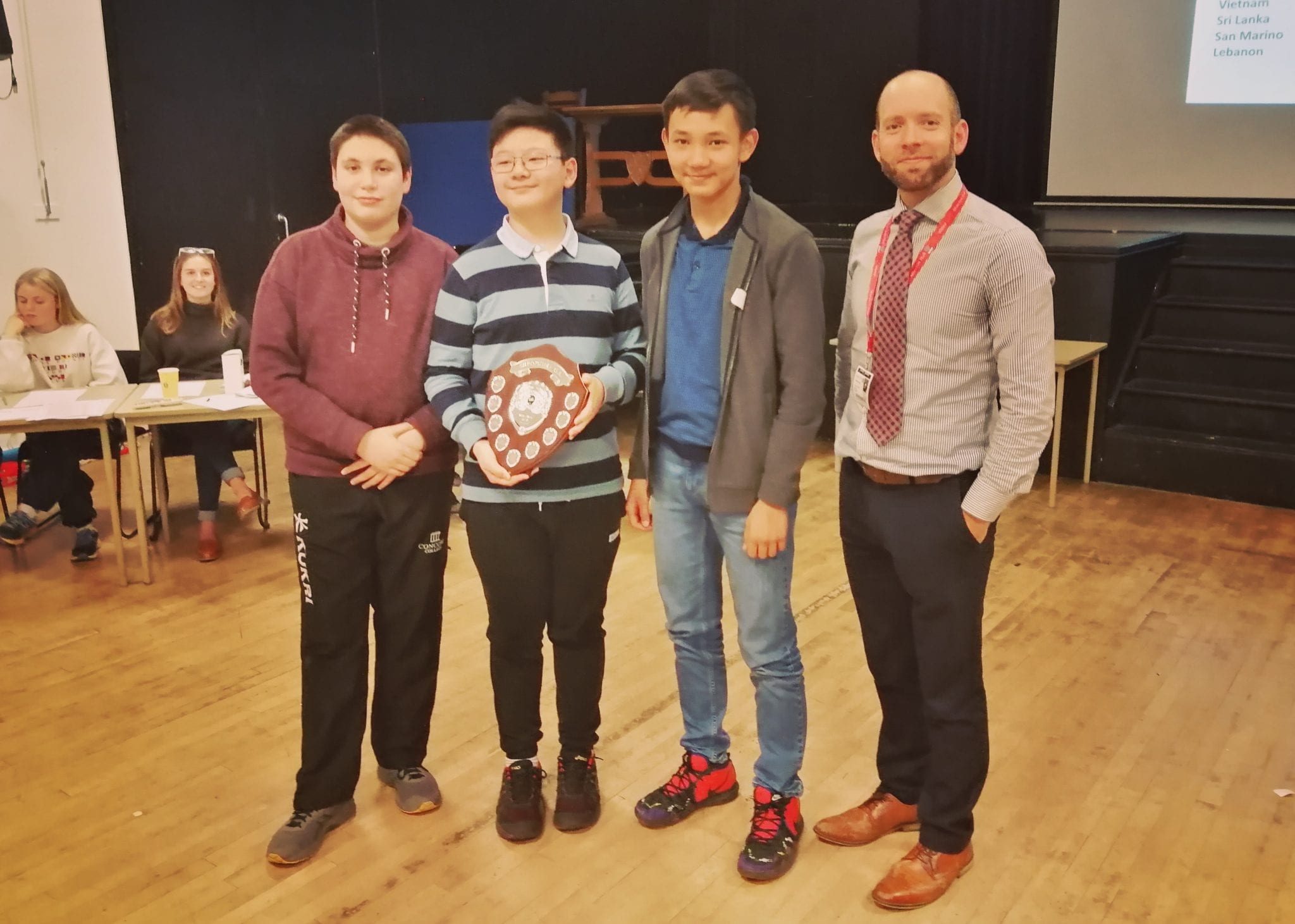 Three of Concord’s gifted Lower School Geographers won the Shropshire edition of the World-Wide Quiz at the start of term. The team, comprising Ion from Form 3 and Yuhan and Bee from Form 4 beat twelve other teams from across Shropshire to win the annual competition at Moreton Hall, organised by the Geographical Association. The competition consisted of 14 rounds, including an OS map round, anagram countries, the geography within famous paintings and a final based on the TV show, Pointless, featuring questions on volcanoes, countries on the equator and civilisations. Concord’s Geography teacher, Mr Steven Cale accompanied the team and speaking of their success said: “The boys did Concord proud. Not only did they make it through to the final round, but they kept calm and held onto an early lead in the final, despite a late surge from Moreton Hall. “I’m really pleased that all the students voluntarily signed up to the event and showed a real enthusiasm for the competition. “Some of the questions were pitched towards GCSE standard, so it’s quite impressive! Some rounds were particularly difficult, including anagrams and international airport codes and signs.” “I’m equally as impressed that, as international students, the team performed so well on British and local knowledge. Reflecting on the competition, Yuhan said: “It was certainly tense, but very enjoyable and good fun working as a team. “I’m enjoying working towards the GCSE Geography standard, and I’d definitely compete again next year if given the chance.” Mr Cale added: “I look forward to entering a team again next year!” Congratulations to Ion, Yuhan and Bee who were presented the winners’ shield to keep until the 2021 competition.