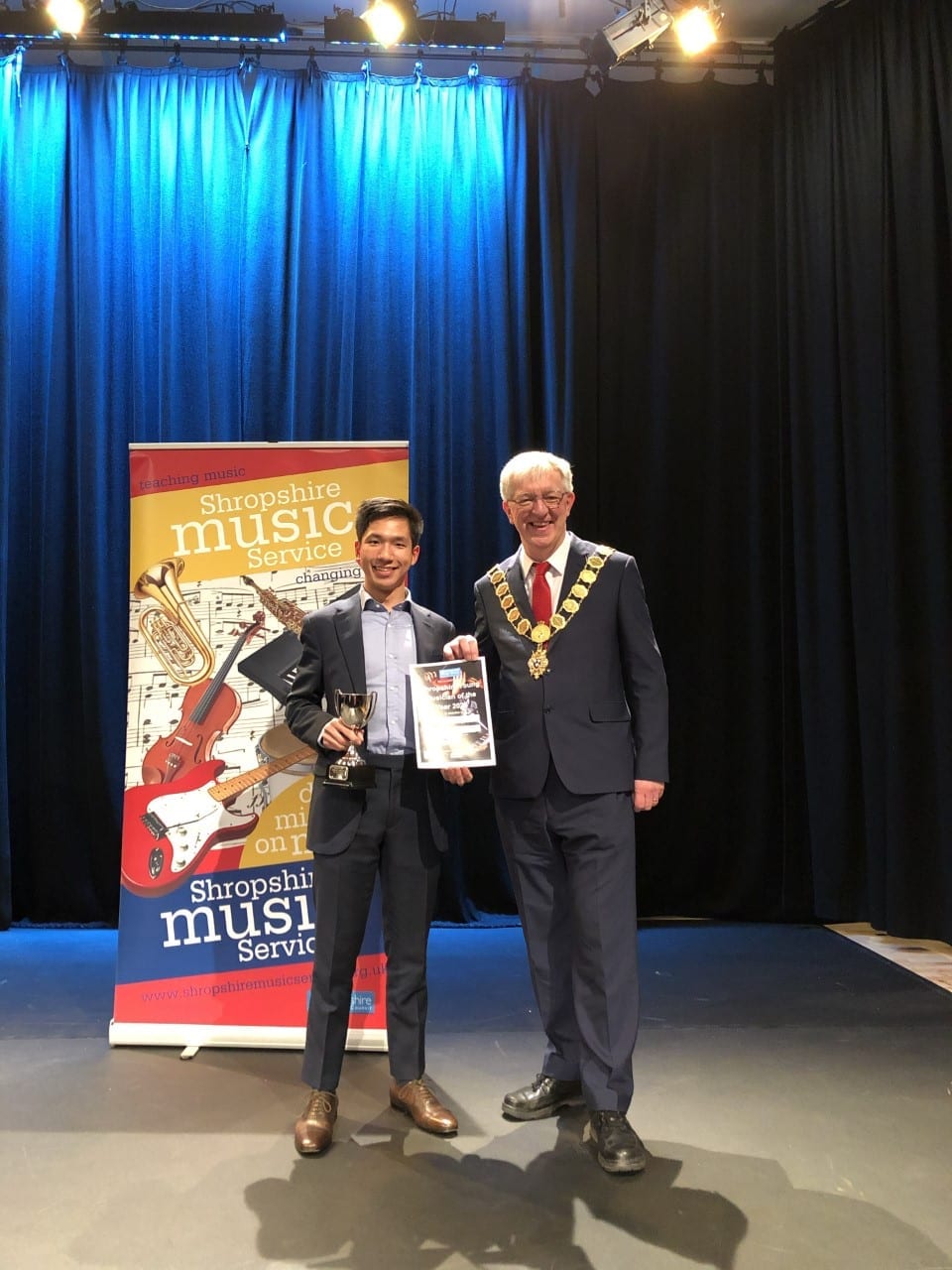 A sixth form student at Concord has won the Shropshire Young Musician of the Year Award, for the second time. Ronnie, from 6.2 won the Shropshire Music Service competition that celebrates Shropshire’s top musical talents and was ‘delighted’, beating ten other musicians from around the county – four of whom were also Concord students. Staff, students and members of the general public were invited to Concord’s Morris Building earlier in the month to witness the competition, featuring a variety of musical instruments and pieces. Mr Stavros Kokkinos, Concord’s Head of Music said: “The students greatly appreciated the support, so thanks to everyone.” Ronnie impressed the adjudicator with his Cello piece: Brahms – Cello Sonato No.1 in E Minor, Op.38. Reflecting on the event, two-time winner Ronnie said: “Obviously I didn’t expect to win the competition, but it was a nice bonus. I just wanted to perform one last time before my time at Concord ends. “Although busy, discipline was the key to managing time. I made a schedule and stuck to it.” He added: “I was grateful for my amazing piano accompanist, Mrs Giles.” Mrs Maria Giles, Music Tutor at Concord said: “I have had the privilege of accompanying Ronnie for many concerts and competitions during his time at Concord. As always, we had a great time rehearsing and practising our piece. “He was really looking forward to performing in this event in spite of the many other commitments that he had; he was also taking part in the Concord Concerto Competition and the Talent Show during the same time. “It was a very poignant and expressive piece by Ronnie. It was his connection with it – his understanding of emotions and his ability to convey them through the music – which stood out. “There were several brilliant performances in this year's competition and I am excited to be thinking about future projects with the Concord students. “As for Ronnie, he is going to university next year so it was his last performance in this competition, but I am very, very happy that he got the 1st prize again! Congratulations.”