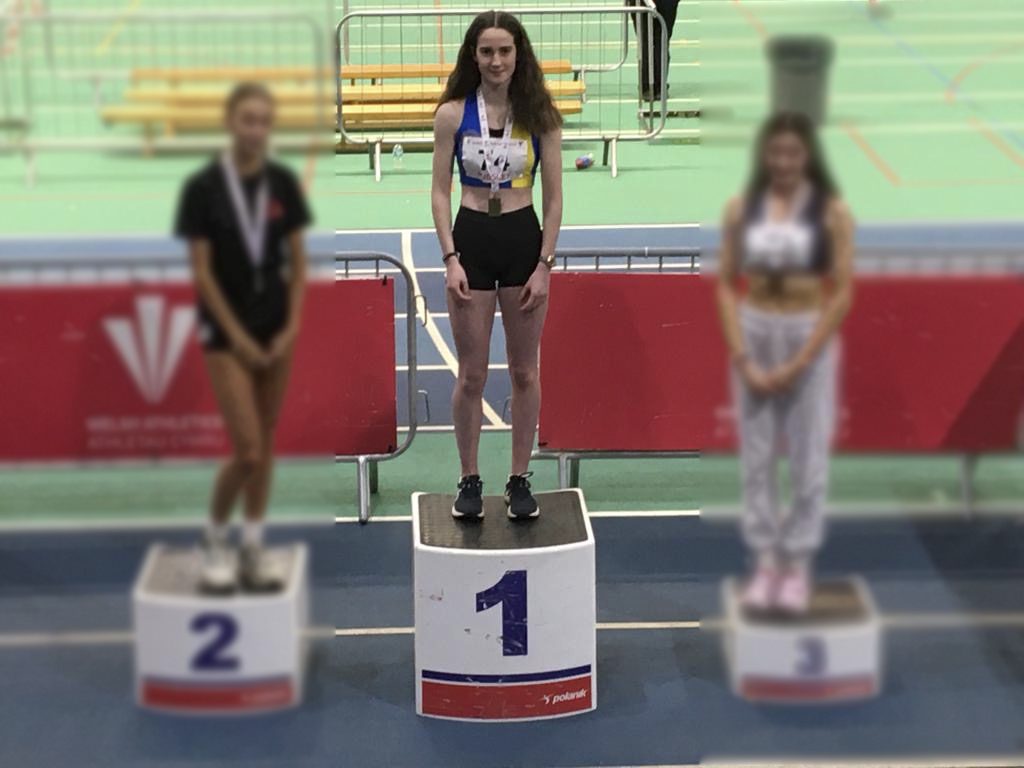 Last month, Concord College student, Menna, became the U17 300m Indoor Track Champion after racing at the Welsh Regional Indoor Championships. Menna, who is in Form 4, travelled down to Cardiff for the athletics event after sitting two of her end of term exams. She was grateful for the distraction of exam week: "It meant I didn't have any time to get nervous before leaving for the race!". The championships took place at the Cardiff Metropolitan indoor track, which Menna was familiar with from previous events. This boosted her confidence for the event as she felt that her previous experience gave her a slight advantage. The 300m race was a pure time trial, with no heats. When reflecting on her pre-race tactics, Menna said, "It was fairly straightforward- [I needed to] race as hard as I could and hope it was enough!". With her tactics in mind, Menna managed to position herself amongst the front runners during the vital first few seconds of the race. She recalls feeling strong and was able to hold her lead until she crossed the finish line. It was quickly confirmed that Menna had not only won her race, but she had also recorded the fastest time of the day, beating the winners from North, South and West Wales (as well as South West England). Menna was deservedly delighted with this result: "[Winning the race] has given me great confidence and motivation for my training going into the new year".