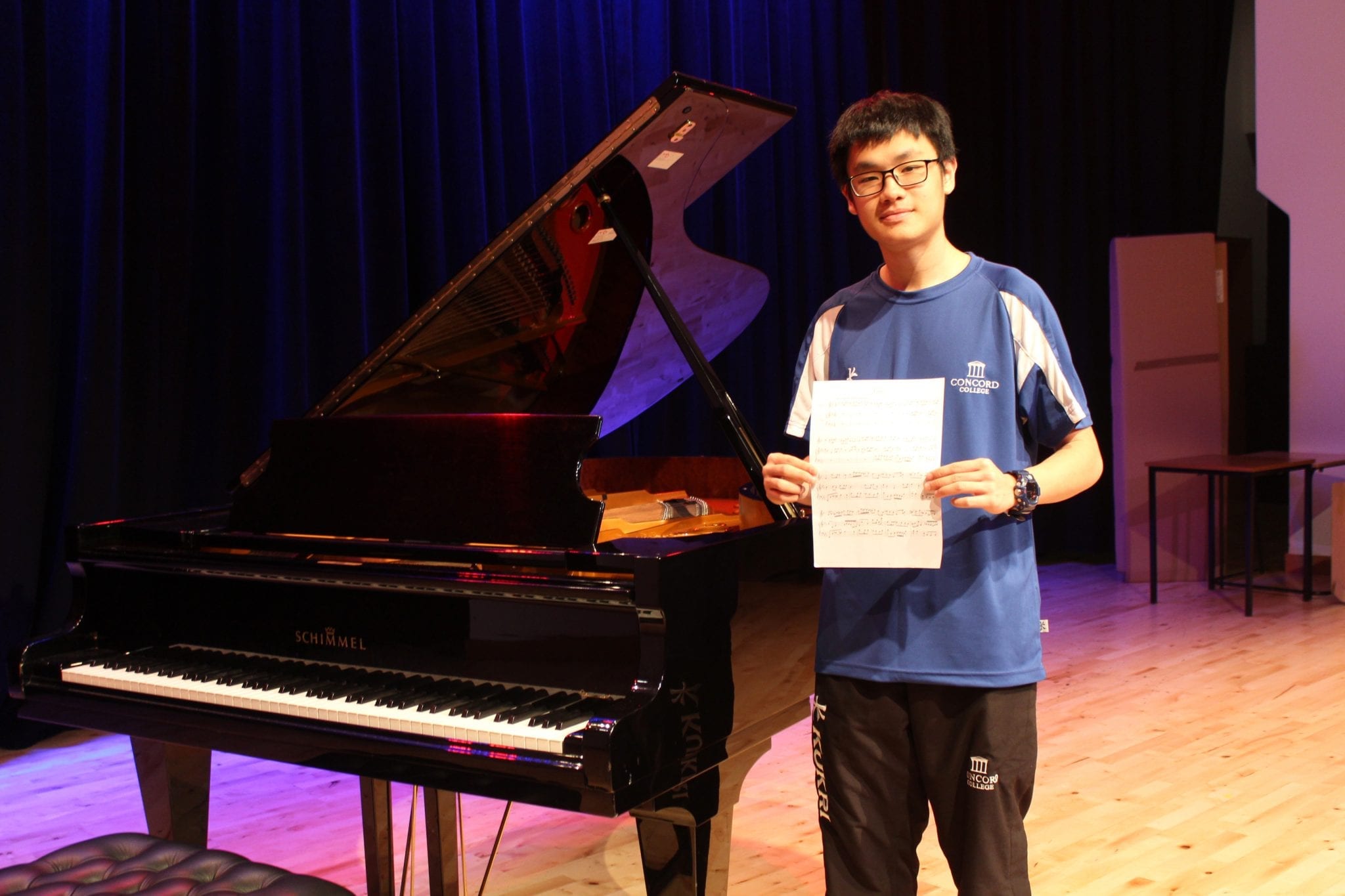 New 6.1 student and keen musician Davon has been shortlisted amongst nine other finalists to be crowned winner of the Commonwealth International Composition Award. This prestigious award is designed to promote composition across the world and the International Composition Award states: “Writing new music is just as important and interesting as playing an instrument or singing.” Davon – who is studying for an EPQ in Music at Concord – originally entered the ‘flyers’ competition in July, submitting his very own composition called ‘Time’ (Unusual Adventures), which is based on a journey though a forest. The flyers category comprises of young people and students who are amateur music creators, who would like to receive teaching and support to learn new composing skills. Davon’s composition submission was ‘carefully selected from many entries worldwide' according to the competition website, by distinguished adjudicators, Barbara Law, Orphy Robinson and Duncan Chapman. Speaking of his composition, Davon said: “I did not expect to do so well – I have had no formal training of composing before and entered the competition for fun. “It was actually a piece I created for a former teacher’s birthday.” Now a shortlisted finalist, Davon is due to perform a new composition in London this December, in front of a group of professional musicians called The Dionysus Ensemble – one of only two accredited music organisations within the Commonwealth. The event will also be live streamed around the world. Davon is currently undergoing tuition with Concord’s Head of Music, Mr Stavros Kokkinos, as well as receiving competition support to help create his next composition. Said Davon: “I have a competition mentor and am currently receiving one-to-one mentoring online with a professional composer. “I would like to thank Mr Kokkinos for his support at Concord and the library too, for their very useful resources and inspiration. “I haven’t created my final composition yet – just sketches and ideas, but I think it will be based on climate change.” Davon added: “I’m a little nervous as I’ve had no prior training or experience, but it should be great!” The winner of the final will be awarded free tuition from a professional composition teacher for one year, a cash prize and a commission to write a piece for Commonwealth Week or the Commonwealth Heads of Government Meeting (CHOGM) in 2020.