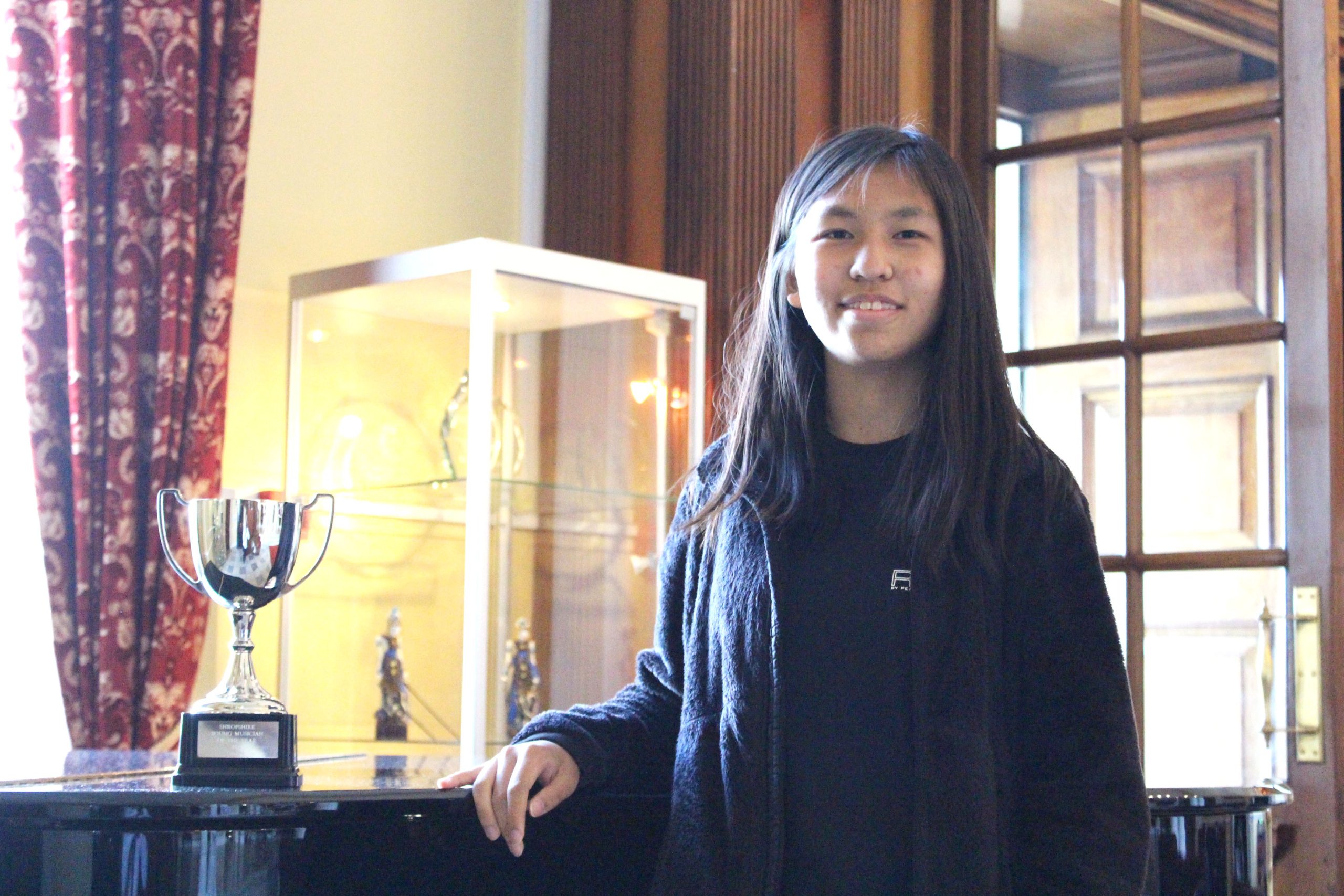 Concord was delighted to host the Shropshire Music Service as they held their annual competition to find Shropshire’s 'Young Musician of the Year'. The event has been held at Concord since 2016. This year ,17 young musicians from around the county performed on a range of instruments from piano and voice to drum kit, flute and guitar. The competition included entries from 7 of Concord’s own students. Mrs Maria Giles, piano teacher at Concord said: “My students and I were very happy to take part again in the Shropshire Young Musician of the Year competition after the break due to Covid. It was a fantastic event. “The programme this year was greatly varied from an emotional performance of the second movement of Rachmaninoff’s Concerto number 2 by Concord student Jack, to the well-loved songs by Queen, arranged for piano and played by Jed Godfrey.” After an evening showcasing some exceptional performances, Form 3 student Rosanna was awarded the title of Shropshire Young Musician of the Year. Rosanna who is 14 and in Form 3 at Concord has been playing the piano since she was 3. She treated an appreciative audience to Franz Joseph Haydn’s Sonata in C major XVI 52.  Rosanna described how she enjoys playing the piano: “I like the freedom about playing the piano, as there are 88 keys, I can play many easy tunes just after listening to it, or even find new melodies on my own, which is harder on other instruments.” Of the Shropshire Young Musician of the Year competition, she said: “I really enjoyed the competition. I practiced hard for it and I did not expect to win, I just wanted to see the feedback for my piece at first. My piece is really technical and does not sound as impressive as some other pieces, but requires a lot of detail to play.” Mrs Maria Giles, who teaches Rosanna said: “Rosanna’s amazing recital was one of the most challenging sonatas by Hyden and delighted the audience with its intricate technical details, joyful lightness of character and overall perfection. Well done, Rosanna!” Concord’s Head of Music, Mr Stavros Kokkinos, said:  “We are very proud of Rosanna’s achievement. The standard of music making on the night was very high, but she did herself proud against some stiff competition. “The adjudicator was clearly impressed by her interpretation. In his comments to Rosanna, he mentioned that when playing Haydn, there is no place to hide, as his writing style is so precise and stylistically difficult to pull off. I couldn’t agree with him more, as I too thought that her interpretation was sublimely beautiful and true to the stylistic period features one would expect to hear in a piano sonata from the classical era. “There is no doubt, Rosanna has great potential in music and I am very much looking forward to hearing her perform again in the near future.” He added: “I am told by her piano teacher Mrs Giles, that she has already learned her entry piece for our Concerto Competition which will be held again at Concord in March 2023. This says a lot about the kind of musician she is. “Should she make it through to the final round, she will have the opportunity to perform her piece with a full professional symphony orchestra. This will be a very special experience for her of which I am sure she will relish.”