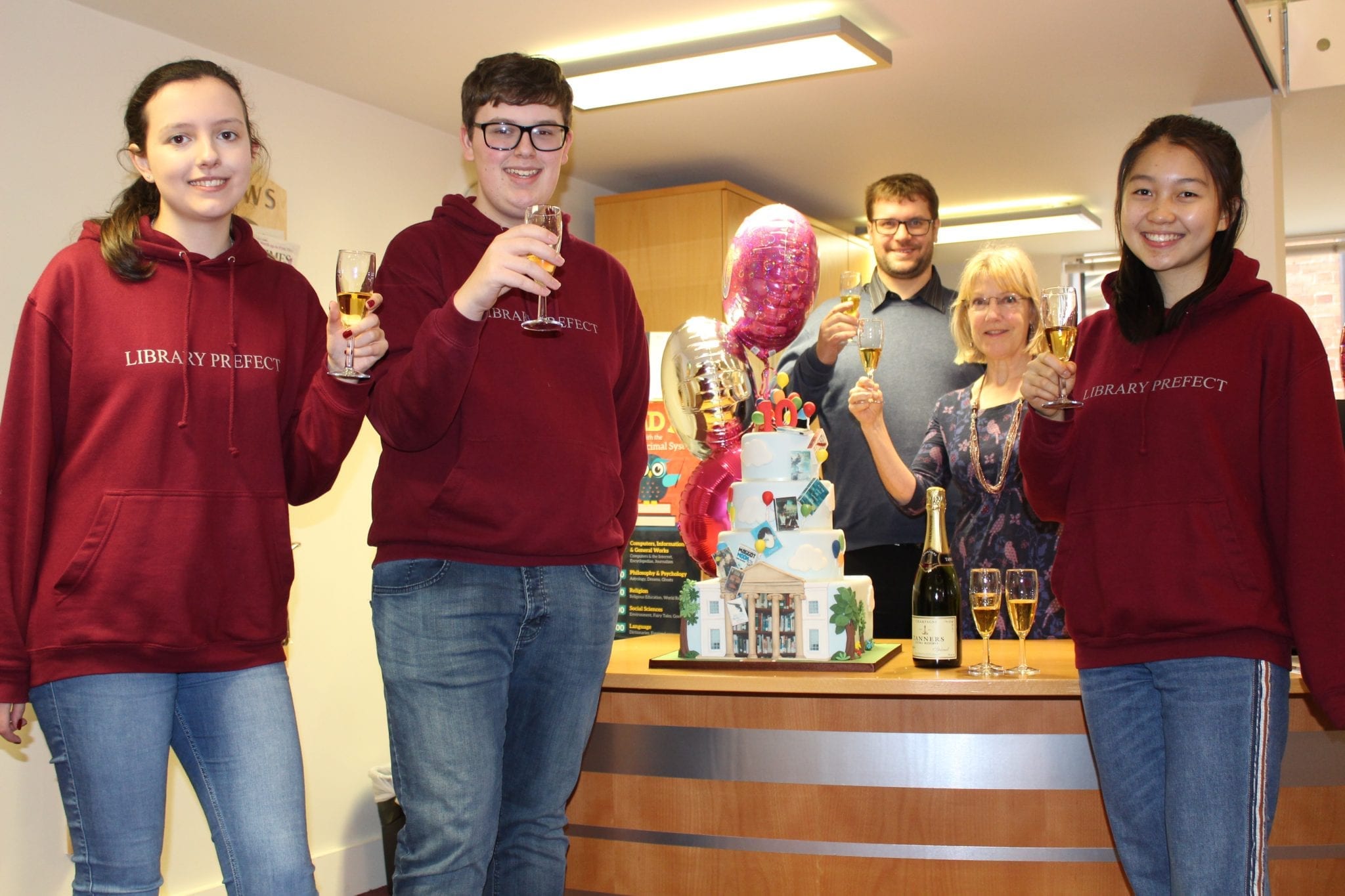 Concord is celebrating the 10th anniversary of its state-of-the-art library. In addition to a massive celebratory three tier cake, Concord is marking the occasion with a series of activities during the month of March. The respectful silence of the library will twice be broken when music students perform an ‘open mic’ session and the school Wind Band will deliver a mixed programme of music, ranging from the James Bond theme to Purcell’s Trumpet Down. To mark the anniversary occasion two students will be running a paper folding workshop and there will be a special competition open to current students as well as alumni from all over the world. The students, as well as members of staff, will be invited to submit a piece on where in London they have enjoyed the most. The winning entry will receive an appropriate prize. Head Librarian Mrs Anne Williams, who has been overseeing the library at the college for 12 years, said she was ‘thrilled’ to be part of the 10th anniversary celebrations. And she also announced the appointment of a new librarian Mr Sam Capener, who has increased the staff complement to three on the occasion of the anniversary. Said Mrs Williams: “We are delighted to welcome Sam on board at this important time in the history of the new library which most pleasingly continues to go from strength to strength every term. “Although Assistant Librarian Pam Parish is part time, she works tirelessly as the library is open from 8.00 am to 10.00 pm seven days a week during term time and has a footfall of 250 students a day with Saturday evenings, in the lead up to exams, the busiest of all. “We have seating for 25% of the student population at any one time which is well above the national average. “Since its inception, the new library has expanded with a new silent study room, Pin Drop, which is heavily used. “The college has seven student librarians who operate on a rota basis and produce a library newsletter every term. We now have 12,000 books, the most popular of which to borrow over the last decade is Wonder by R.J. Palacion.” The 10th anniversary cake was made by Gillian Sturgess, of Chimes Cakes, West Felton, comprising three tiers with balloons on top. The 12 inch square three tier cake, with the columns of the college on top and the books covers of the top 10 most heavily used books cascading down, was enjoyed by students and staff.