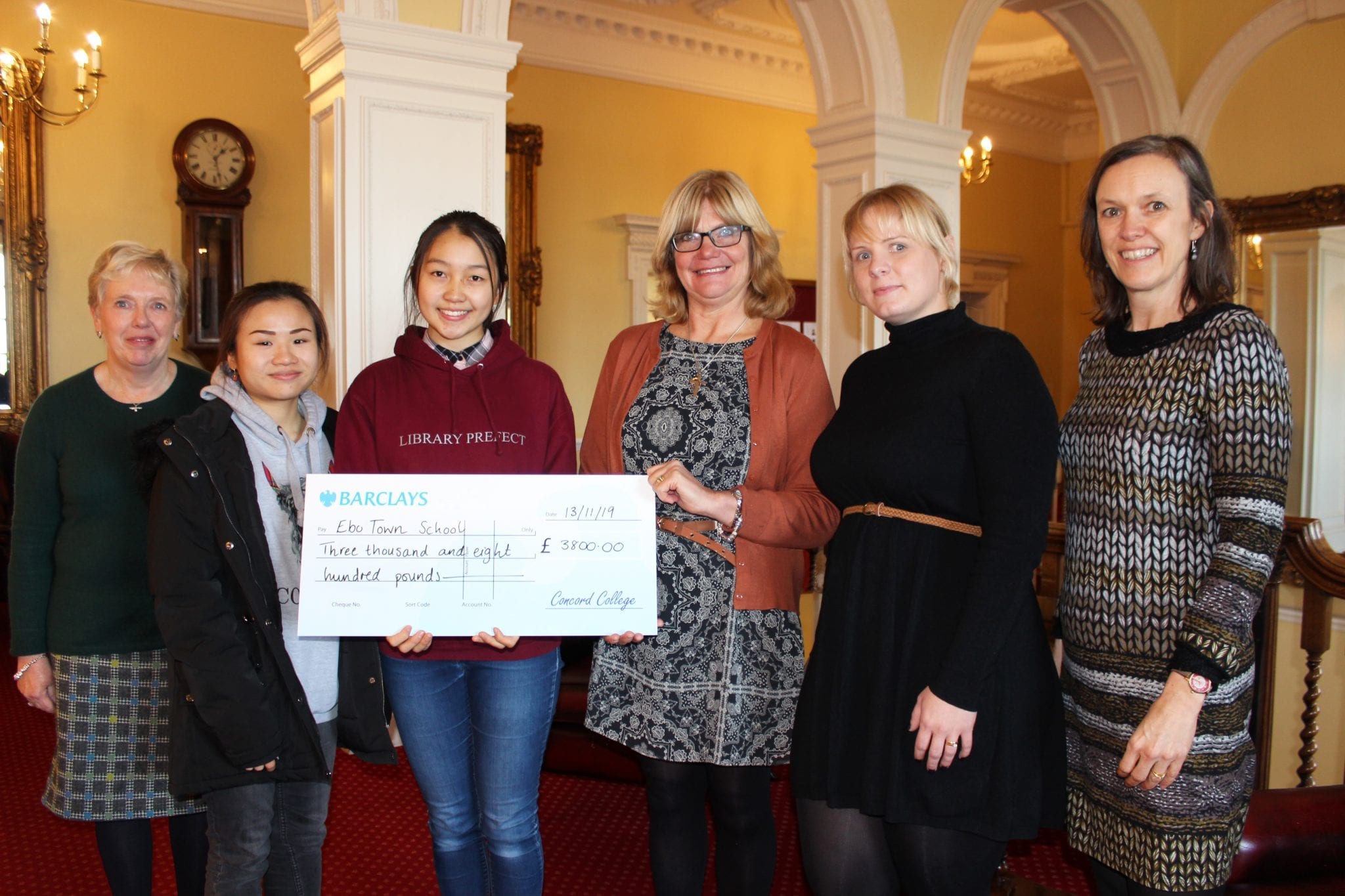 With the support of Concord and a children’s charity, a new nursery school for 80 four to seven year olds in The Gambia will be ready to open in September. Through donations, mainly of sales of second hand books, Concord has raised nearly £14,000 towards the new Ebo Town Community Nursery School in West Africa. On top of that, the Gambian school has received a ‘very generous donation’ from the Thomas Cook Children’s Charity – the second to last award before the firm closed – to complete the school and its furnishing. The school’s founder and trustee Paula Howells said they were made aware of the children’s charity shortly before Thomas Cook ceased trading. The trustees got together with two days remaining and filled in the application form. They made their bid just minutes before the 5 o’clock cut off time and then out of the blue Paula received a phone call to say they were the second to last successful charity and would receive the full sum in their application. “It is a very generous donation, but without the Concord College donations from second hand book sales we wouldn’t have bought the plot of land,” said Paula. “We have worked hard to fund raise ourselves, but the Concord College donations over nearly four years have been inspirational and enabled us to build the new school to roof height which has been pretty amazing and a dream come true. “The builders are working in Ebo town and we are hoping to move into the new three classrooms building when the school re-opens at the end of September. “The school will accommodate 120 children aged four to seven, but we shall re-open with 80 including a new enrolment of 26 four year olds to replace the 26 we shall be losing to grade one.” Paula says she is hoping to visit in November or December, depending on the coronavirus situation. Said Mrs Emma Charles, teacher mentor of the Concord Eco Club: “It is truly wonderful to have made such a contribution to this project. The idea of selling second hand text books seems so simple and sensible for environmental reasons, and yet has also achieved so much for the children and families in Ebo Town. “It is incredibly heart-warming to receive the regular photo updates of the school build, and to hear messages such as ‘this year your money has meant we can put the roof on’!” Pictured above Paula Howells collecting a cheque from Concord from the second hand book sale proceeds in the autumn term.