alumna a contestant on BBC’s ‘Glow Up’ Series 2 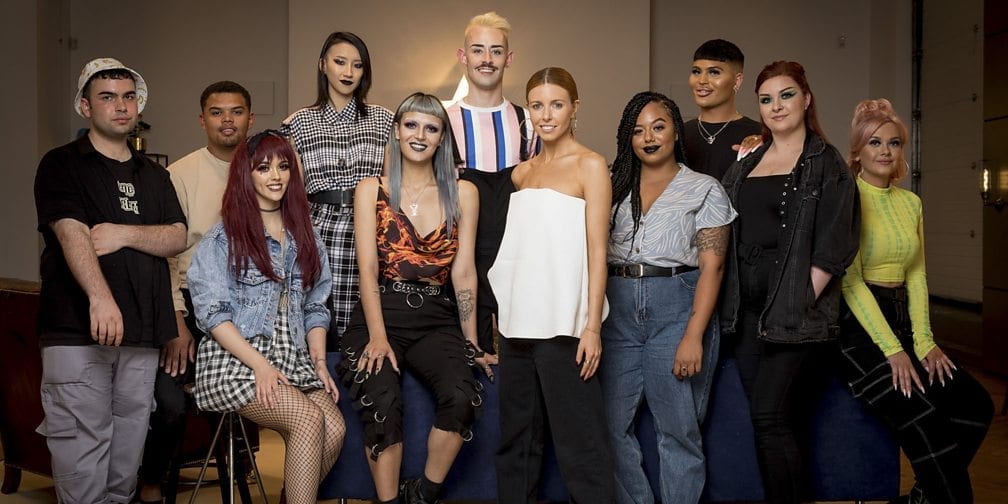 A Concord alumna will be appearing on the UK’s BBC3 and BBC iPlayer this Thursday and in the coming weeks, as she has been selected as a contestant for BBC’s popular ‘Glow Up’ Series 2. The television series – hosted by renowned English TV presenter, Stacey Dooley – searches for Britain’s next makeup star, in a competition that sees ten aspiring makeup artists (MUAs) ‘battle it out’ in a range of real-world and creative professional assignments. And alumna, Ophelia Liu, who left Concord in 2013, will each week aim to impress two notorious judges: London-based MUA, Val Garland and MAC Cosmetics Global Senior Artist, Dominic Skinner. For added pressure, every episode, the two ‘weakest’ MUAs will enter an elimination face-off. According to the BBC, the winner of the series will win a professional contract, assisting some of the world’s top makeup artists. Presenter Stacey Dooley said: “I was blown away by the talent and creativity last time and it was a pleasure to be part of the journey. I can’t wait to get to know the new MUAs and get started!” Ahead of the competition, Ophelia – who studied Fashion Design at Ravensbourne in London – said: “I became interested in fashion when I was 13 or 14, through discovering music and fashionable trends. “In Hong Kong, at that age, there weren’t many subcultures to embrace my interests, and the only time I really used dramatic makeup and dressed up was at Halloween. Music, fashion and Halloween shaped me. “Along the line, after a disappointing first experience as a recent fashion graduate, the tables turned and an area manager for one of my favourite fashion brands spotted my makeup work on Instagram and offered me a job – I accepted right away! “Since then, I’ve worked my way up and am now one of eight events team artists representing the brand globally. I also do freelance work and have my own clothing company.” Speaking of how she got involved with the TV series, Ophelia said: “My colleagues spoke about the show when it first came out. I watched the first series but didn’t have enough time to apply myself. “One day, I got a message from their casting team. Whilst I had ignored the signs, fate kept putting the opportunity in front of my face. “The auditions were not easy – many thousands of talented makeup artists. It took a lot of nerve and energy, especially to show your work, ethic and skills on television. You show yourself off as a person. “I’m hoping my upcoming appearances and experience will bring me abundance in life; I want to be successful by doing what I love and make a living from it.” She added: “Entering this competition will hopefully prove to my parents that I can be a professional makeup artist – and that they were wrong.” Concord’s Head of Art, Mr Anthony Hudson posted on the department’s Instagram page last week: “I’m so proud to see Concord art legends taking their talent and creativity out into the world. “We’ll be watching and supporting Ophelia in the new season of Glow Up!” You can watch the series and support Ophelia on BBC3 (BBC iPlayer) starting Thursday 14th May, at 7 pm. Want to know more before the series starts? Catch up on Series 1 by clicking here, or visit the BBC Glow Up Instagram page for promotional footage and insights into this year’s contestants. Good luck, Ophelia!