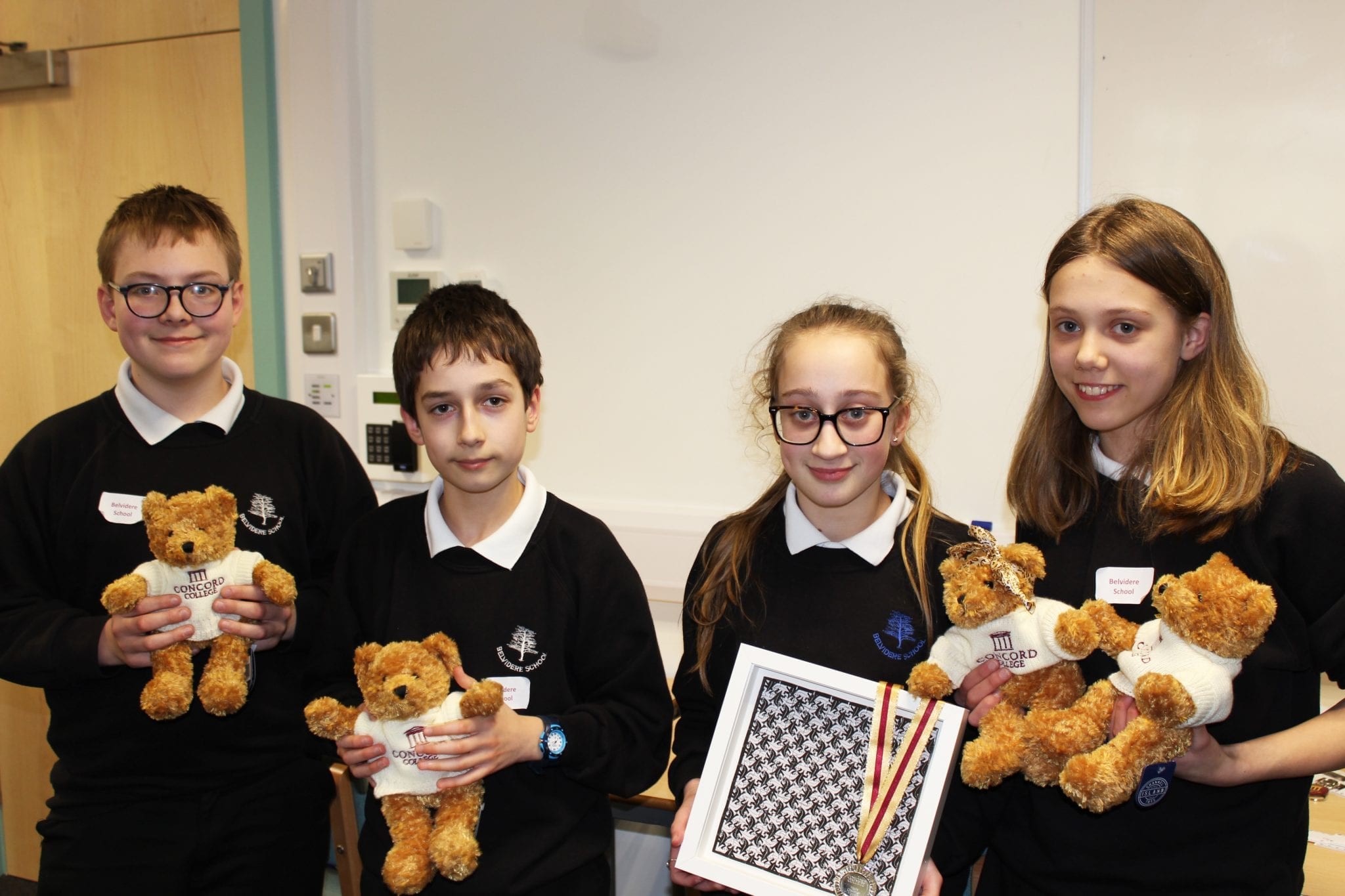 Concord has hosted its inaugural maths challenge for Year 7 scholars from local schools. And organiser Mrs Nikki Outram who is Concord’s Maths Outreach Co-ordinator said the plan was to make the competition for Year 7s an annual event. Teams of four Year 7 mathematicians representing Belvidere, Mary Webb, Thomas Adams, William Brookes and Shrewsbury Academy secondary schools, as well as Prestfelde, Shrewsbury High School Prep and Moor Park prep schools, competed in the challenge. The winners were Belvidere School who received a framed M.C. Escher puzzle, individual Concord teddy bears, rulers and keyrings. Runners-up were William Brookes and Prestfelde were third. Said Mrs Outram: “This is very much an outreach activity specifically for Year 7 students because they don’t have a competition that complements their syllabus. “The idea was to encourage local schools to bring along their ableist   mathematicians and really stretch them. “There were a variety of tests including a crossword puzzle, logic puzzle and three- dimensional puzzles, requiring physical manipulation, as well as a relay.  There were six different rounds and throughout the competition each team had to solve a puzzle based on the graphic artist M.C. Escher.” The challenge was held in the college’s new £11 million Science Block in a purpose-built classroom. Although Concord does not have a Year 7, and therefore were unable to compete, students from the college’s Year 10 and 11 were helpers, not only for the competition, but for the lunch for their guests as well. Added Mrs. Outram: “This new event seemed to be a great success and the staff and pupils enjoyed visiting Concord as well as enjoying the maths challenge.” View the maths challenge photo gallery by clicking here.