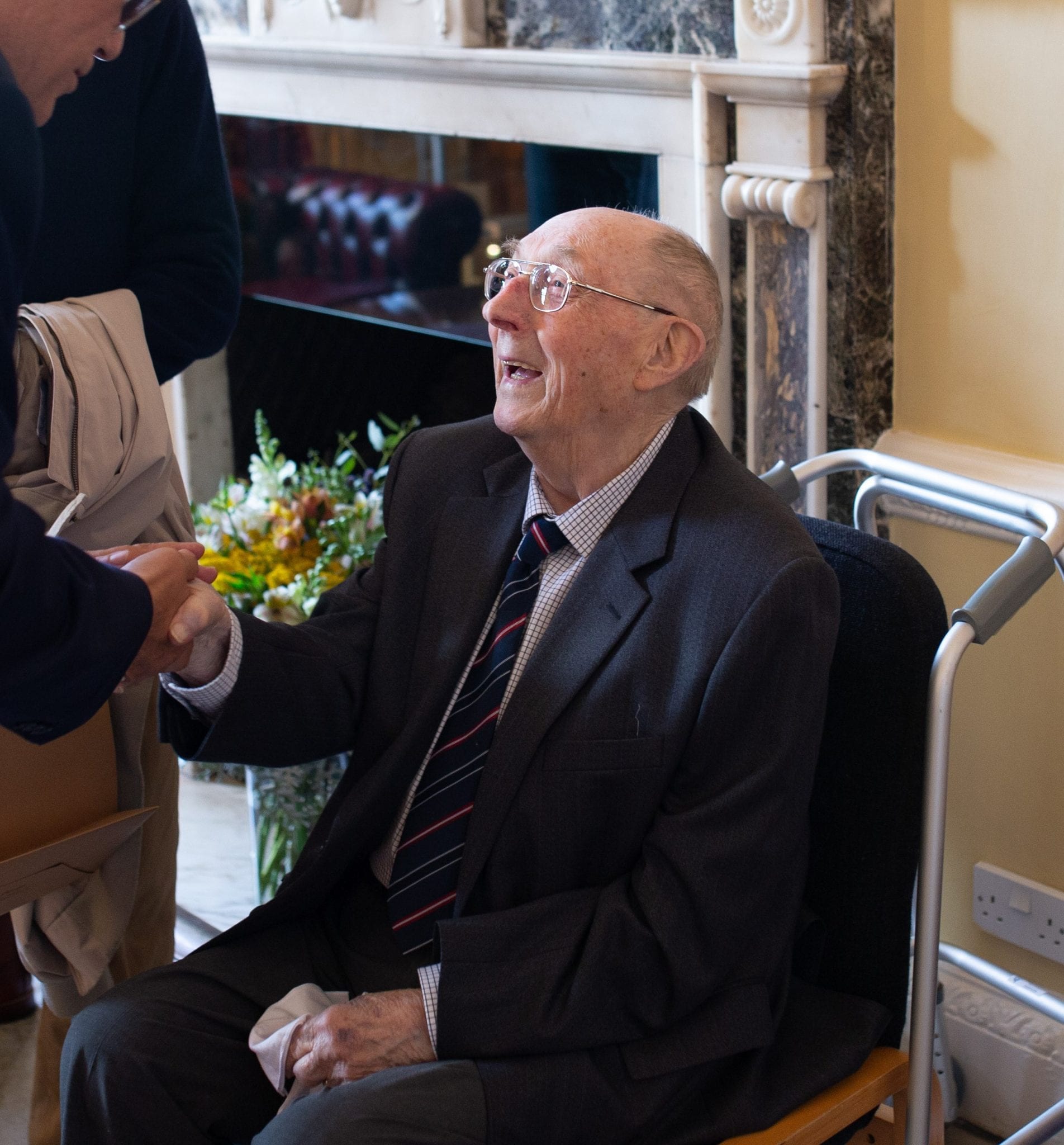 It was with deep sadness that we learnt at the weekend of the passing of Mr Jack Phillips, former physics teacher and unofficial Second Master at Concord. Jack died peacefully in hospital after a fall at the age of 94, with his wife Enid and one of his daughters by his side. Jack who was born in Nelson in Caerphilly, South Wales in 1926, had two degrees: one in physics and one in mechanical engineering. Although he had always wanted to teach his father insisted he become an engineer and it was whilst working for Cadbury’s in Birmingham that Jack completed his teacher training qualification at evening classes. In 1961 Jack went to Kenya with UNESCO to lecture at a polytechnic, returning to Malvern in Worcestershire in 1963. He later moved to Tunbridge Wells and spent a year teaching in Saudi Arabia until a job opportunity came up at Concord. He spent the remainder of his career at Concord until he retired at the age of 65, moving to Shropshire in 1973 when the college relocated to Acton Burnell. A great friend of Former Principal, Tony Morris, Jack formed part of a key group of staff, whose hard work and dedication to the college, helped to build Concord up from small beginnings to the successful institution that it is today. Generations of Concord students will remember Jack not only being a brilliant teacher of physics but also his passion for sports. He was Head of Lie House and was very involved in all the inter-house sports competitions and was the announcer at the annual Sports Day. He had been a sprinter in his youth and retained an interest in athletics during his career. Married twice and with 9 children between them, he and his wife Enid (who had worked as a lab technician at Concord) enjoyed a long and happy retirement in Copthorne. Jack’s interests included rugby, golf and cars and according to former Vice Principal John Leighton, Jack always had the latest model. “He was a great character,” said John Leighton who spoke to him just two weeks’ ago. He will be remembered for his sense of humour and fun as well as for helping many Concord students with their university applications. It was great to see Jack at the Concord 70th birthday celebrations last year. Accompanied by his daughter Melanie, Jack had only intended to stay for the drinks reception but seeing so many familiar faces seemed to keep him going and he was still there as the disco started at the end of the dinner and speeches!