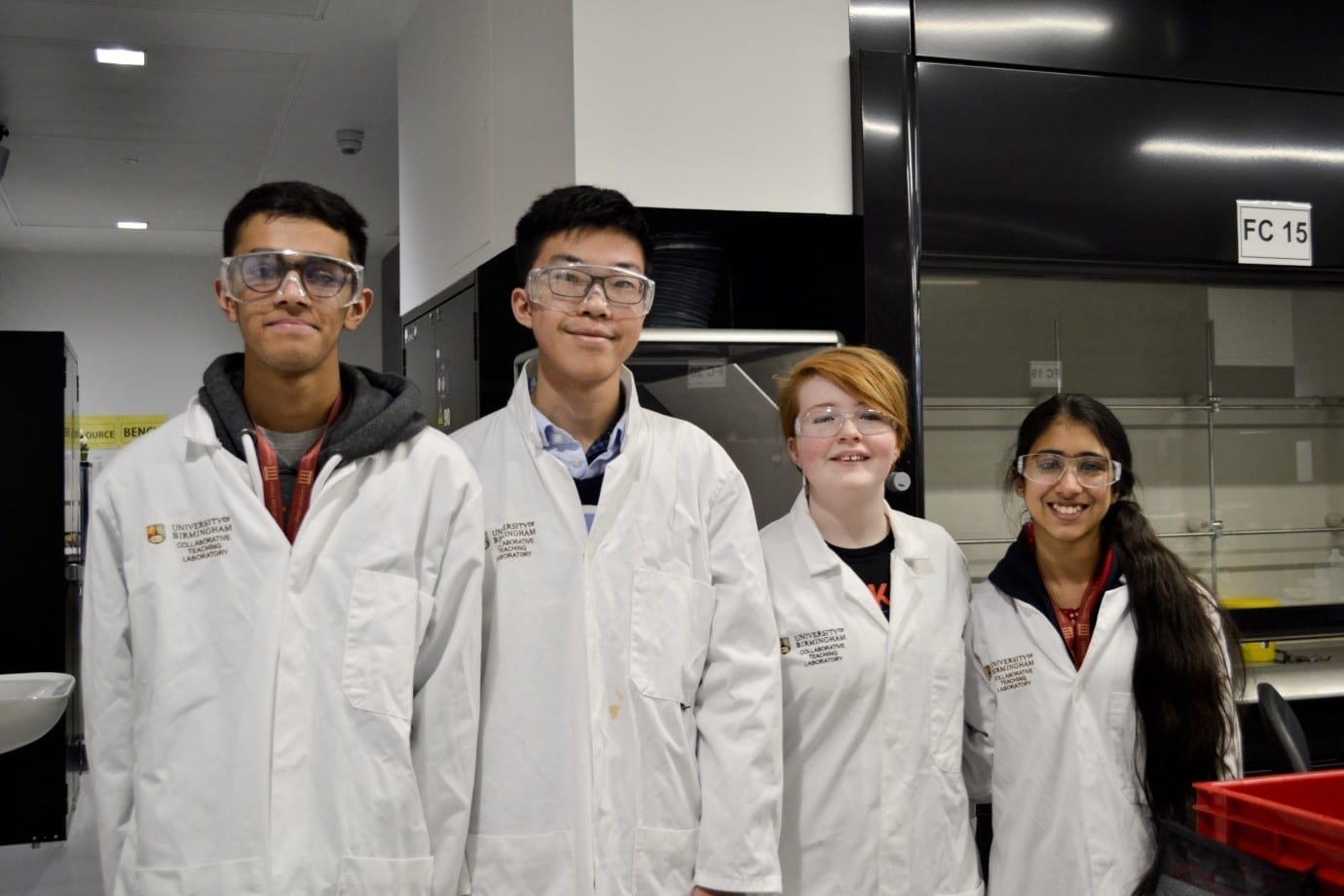 Congratulations to four of Concord’s Lower School students, for their third-place finish in a recent chemistry competition run by the Royal Society of Chemistry. The talented Concord chemists, Kishen, John, Vidhi and Ruby placed third out of a total of 12 schools in the final regional round of the annual event, ‘Top of the Bench Competition’, with “an excellent performance” according to Chemistry teacher, Mr Roger McBain. The RSC state that the annual competition helps fuel curiosity and excitement about chemistry. According to the event website, “the competition is designed to encourage and reward high achievement in school chemistry students.” Students including Kishen, John, Vidhi and Ruby were fortunate enough to make use of the fantastic facilities at the University of Birmingham’s School of Chemistry, experiencing written quizzes in paired teams, as well as a practical whole-team challenge in the university laboratories. In the experiment, the team had to try to cool a mixture to 10.5 degrees Celsius using a reaction where they had to work out and measure quantities of two solids, without access to ordinarily sensible measuring equipment. Towards the latter of the day, students also experienced a university-based demonstration lecture, ‘The Colourful Energy Scene’, kindly hosted by University of Birmingham PhD student, Lizzie Driscoll – aimed to inspire students’ further pursuit in chemistry at college and higher education. Unfortunately, only the top team could win the competition and proceed to the national final at The University of East London, due to take place in March, but Mr McBain was delighted with the team’s performance. He said: “Concord scored 83/90, which was only two points off the winning team, so it was really rather tight at the top! “The students all enjoyed it, in fact, this was Kishen’s second year in the team. I would certainly recommend it to students next year.” Concord’s third-place podium finish has won the students book token prizes of £40.00.