You are going to go through the whole spectrum of emotions, which is an amazing experience.

It’s one thing being the new kid in school and another to be the new kid in the middle of GCSE. To be frank, it is hard. That is because of many reasons starting from catching up with the subjects which occupies a lot of time to being away form home and being with new people who have known each other for at least one year.

On the other hand being the new kid, in Form 5 makes you feel special and appreciated. I did say that being around new people is hard but it is also an amazing mind opening experience. New is always good because either way you are going to get a lesson that you will need in the long run.

To be more specific, in Concord it really is easy getting used to being new because the school is literally in concord, just as the name suggests, people living together in a peaceful way. So far, being here has encouraged me to work more just by being surrounded by so many bright and most of all kind people like the students and the teachers who try to make everything better for everyone. I feel grateful to be in a place such as Concord.

A busy start to the term!

This past week had been bizarre. Already, a week has passed since we’ve all arrived back at Concord. I met several of new students and they all appear to be really friendly and approachable. They look as if they’ve all settled in really well and are getting along with each other too. As soon as this term started, we’ve all had House meetings and talked about the upcoming Inter-house sport events. I, along with many others were getting excited to compete against the other Houses (Mandela, Pankhurst & Teresa) and to make our House (Gandhi) proud. 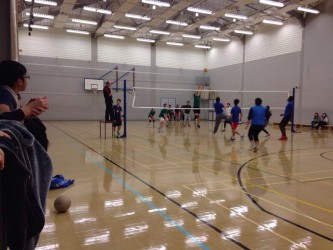 Aside from the House sports, I’ve also been hearing a lot of commotion about the Fashion Show lately. The date of the Fashion Show is getting closer and designers have been doing last minute adjustments, whilst models are constantly having rehearsals to do the best they can. Personally, I’m not a big fan of modeling or fashion – but from the sound of it, I have a feeling this is going to be a good show. With that said, I have high hopes and I’m really looking forward to it.