House Cross Country is a tradition at Concord College where the four houses all try their best in a local run and compete with each other to win the first place! Due to the coronavirus pandemic, many fun house events have been cancelled which made this year’s cross country even more special, since it was the very first full house event in this academic year! Many students participated in this vital school event and finished the competition even though the weather was freezing cold and the road was muddy! All houses did really well and of course, a huge congratulations to Gandhi who won the overall competition! Now, let’s hear about some reflections from teachers, monitors and students…

House Cross Country is unique among the House Sports events as it does not rely on the House having a few star performers, but rather counts the effort of everyone in the House and so is my favourite event.  It is also beautifully simple; turn up on a sunny afternoon in October, Mr Canney starts everyone off, students and some staff make their way around the course, results are recorded and Dr Outram’s spreadsheet announces that Gandhi are the winners, again. Much excitement ensues, I skip around the Gandhi form rooms for a few days praising the students telling them how proud I am and allowing them a few moments with their trophy.

Hello everyone, I am the Mandela House Captain for this year. We just had our first event, which was the House Cross Country competition. Of course, we didn’t achieve victory, neither 2nd nor 3rd place, but this is just the start. I have big ambitions for our house, and I believe we can do it! Also, it was quite a unique and interesting experience as this was my first event as a House Captain. I can say that I was delighted when I saw all the Mandelians take over their opponents in the last second and I want to say a huge thank you to everyone who participated. It was a brilliant event and we have reflected from it. And now, it’s time for us to look forward to the future events and we are determined to do better!

The feeling of being in such place as Concord College is very exciting! I didn’t understand clearly when everybody told me about the house events, yet when the first house event “Cross Country” began, I felt a critical feeling of excitement. As a new student, nobody knew how I felt, everyone had done a house event before, unlike the other new students. Although my house captain wasn’t there to ‘up the atmosphere’ to everyone in Teresa, I had to show that I was willing to try my best at helping to bring victory to my house. I came first from the boys F5 race and second of the overall F5 (good job to Beth, who came the first!). But, although we came 3rd overall, I knew we could have done better. But still, we did a great job and I’m really proud of my house!

This year’s first big house event was House Cross-country, on Wednesday October 2nd, and as always it didn’t disappoint. This year there was a record number of 502 finishers, 178 of whom were in the Lower school race – this was quite a feat, despite the downpour of rain during the days leading up to the Wednesday, that as Mr. Canney warned us before the race that the weather had left the 2.89km course muddy and extra challenging; the mud sucked our feet into the ground (in fact I heard someone lost their shoe and carried on running- now that’s commitment). That was the only downside to having the course run around the surrounding fields, otherwise it provided an opportunity to run a course that isn’t allowed the rest of the year, and luckily it didn’t rain on the actual day. A big thank you is owed to the hares, Mr. Cale and Mr. Jones, who managed to run the course, staying ahead of all the runners, and encourage the runners at the same time. Congratulations to Pankhurst for winning the overall Lower School Boys and Girls categories, and Gandhi for winning the overall event. The Lower school individual results were:

After completing the race students were treated to biscuits, water and juice by the fabulous catering staff. There was also plenty of team spirit with Upper School too, and those who had already finished cheering on those finishing the race. After Upper School’s race, Dr Outram presented the trophies. All in all, it was a great event. 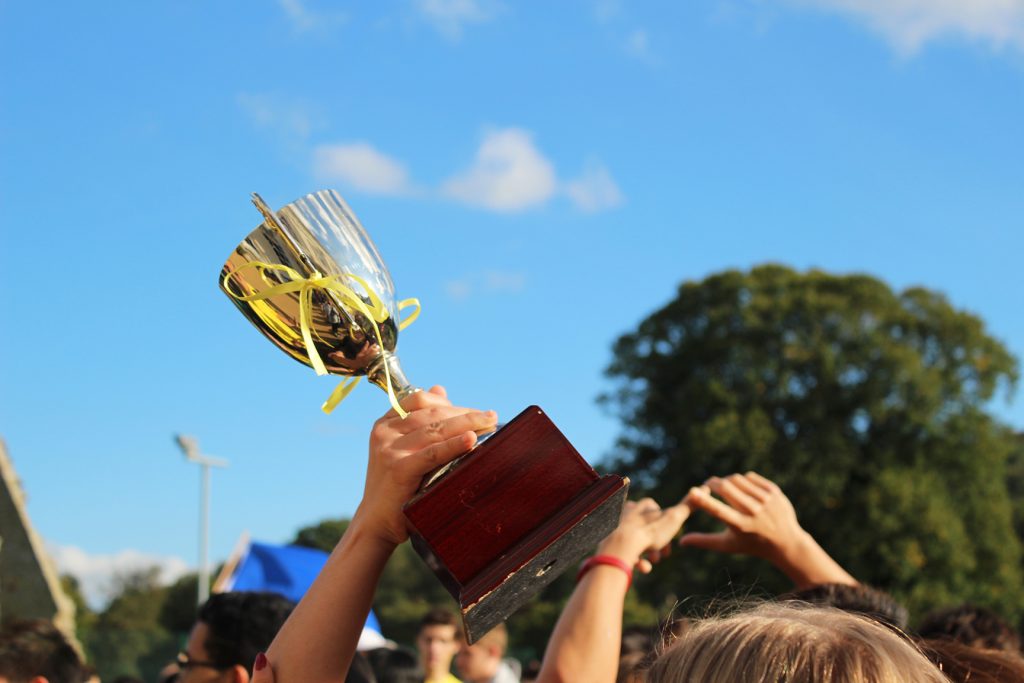 As we all know, the Inter-House Cross Country took place last week. Before the day of the race, the enthusiasm only seemed present on the faces of our House Captains and Prefects. Words like “agony” and “pain” were even used to describe it… So it seemed like no one was going to run the entire race. But of course, things you expect never happen – and in this case, this was a brilliant thing!

At lunch-time on Wednesday, the Dining Hall was still packed with people, but the supply of food seemed to be very sufficient. Strange, as normally the most popular food options may have run out fairly quickly. But why? The answer was clear when you saw trays with the ‘smaller’ portions of food on every table. People were having less for lunch, because of the cross country that followed. And the Dining Hall was emptying out very quickly as the time ticked by, approaching the second hour of the afternoon.

Behind Main Hall, crowds of Lower School students were waiting for the commencement of the race. You could see a clear division between the colours of the four different ‘Houses’. In circles, they all cheered, motivated one another and did warm-ups. The atmosphere was extremely friendly, but all of us knew the first inter-house competition of the year was about to start…

The crowds and atmosphere kept building up and more and more people kept joining the different Houses. That was until the crowd’s chatter came to a halt when a safety briefing was given. Runners claimed their designated starting positions on the edge of the lawn, waited for the signal, everyone now ecstatic about the race. After a couple of failed attempts of the starting gun, “BANG!”, we were off.

Spots of yellow, green, blue and red sprinted across the field, upwards towards the fence. Everyone was running. Of course, some overtook and flew by, but you could tell all of us were trying our best for our team. The course for Lower School is shorter than the Upper School route, however, still challenging – especially at the twists and turns of the off-road section about half way. The surfaces were rough, uneven and bumpy too. There were a couple of slips and falls, but we all managed to stand up, regain composure and kept on running. At the finish line, a massive crowd of cheers and encouragement awaited every student. The ‘taste of the fruit of success’ when we all crossed the line, I can’t put into words. But what we did feel was adrenaline running through our veins.

What next? Handing in the finishing tickets to your House’s desk, getting your name on the scoreboard. You’d turn around and people were cheering for the remaining runners, whilst others handed out water to the finishers. People had their hands in the air as they crossed the line in celebration! You started to understand the meaning of the phrase, “Focus on process, not outcome”.

Of course, at last, Gandhi House lifted the trophy high, winning the Inter-House Cross Country for an impressive and consecutive third time. But I think everyone is going to agree with me in saying we all enjoyed it immensely.

4th October 2017 was a grey day, without much sun and a bit of a chill in the air. On many-a-Wednesday, students would have a different use for their time. As a Form 5, I could go into town, study in the library or play football with friends. But this particular Wednesday was ‘House Cross Country’.

Hordes of runners crowded around the start line, red, blue, green, yellow. When runners set off, some bolted across the field like hares! Other jogged. Others walked.

This race however, even if you wanted to, was a monster to train for. The inclines, hills and surfaces are different from what you undergo on a treadmill, and are difficult to find on campus. Just to top off the difficulty of the puddles and climbs was the fact that this race was on private land. No one could train for this race.

After a mad dash across the field behind the tennis courts, we had to run behind the Morris building and through the boarding houses, straight off campus. Through the woods and over fields, past the lake and back onto campus we raced for 3 kilometres, but nearly all of Lower School made it past the finish line, in a variety of weird and wonderful styles – from Ronnie winning in style (or so I’m told, I was naturally miles behind) to the last friends beating each other on the line.

All in all the day was great fun. It was a great change from most Wednesdays, and a great opportunity to help our houses, made sweeter with my house, Gandhi, winning overall!

Saturday morning was cold and wet. Like always, it started with tests, although this week we had to wake half an hour earlier. After tests, everyone changed to their house t-shirts and went to the Main Hall. The people were all chatting, supporting each other, and the cold weather was over come by the warm friendly atmosphere. No one was left out. When people organised themselves into four groups: Mandela, Teresa, Pankhurst and Gandhi, the Cross Country began.

As soon as people heard the starting pistol, everyone started moving. Some were running, others walking. The cross country is not only about who comes first, it is about participation, and if you are not a good, runner or you had an injury you could still come and support your house. In fact more than 350 students participated. The race was long. It went all the way behind Morris Building and Red House, to Paul House, on the football pitch and all the way back to Main Hall. The worst part was that the grass was wet and the air was cold. However, we got there at the end.

The Upper School road race started straight after that. Upper School had to run twice as much as we did. When the race was ending my friends and I went to cheer. We stood right before the finish line and supported not only our houses, but also our friends and other people who were running. Mr Johnson’s (physics teacher) son wanted to run road race too. However, he was too young for them, so right before the finish line Mr Johnson took him and they walked together to the finish line. At the end Pankhurst won.

This experience was unforgettable.