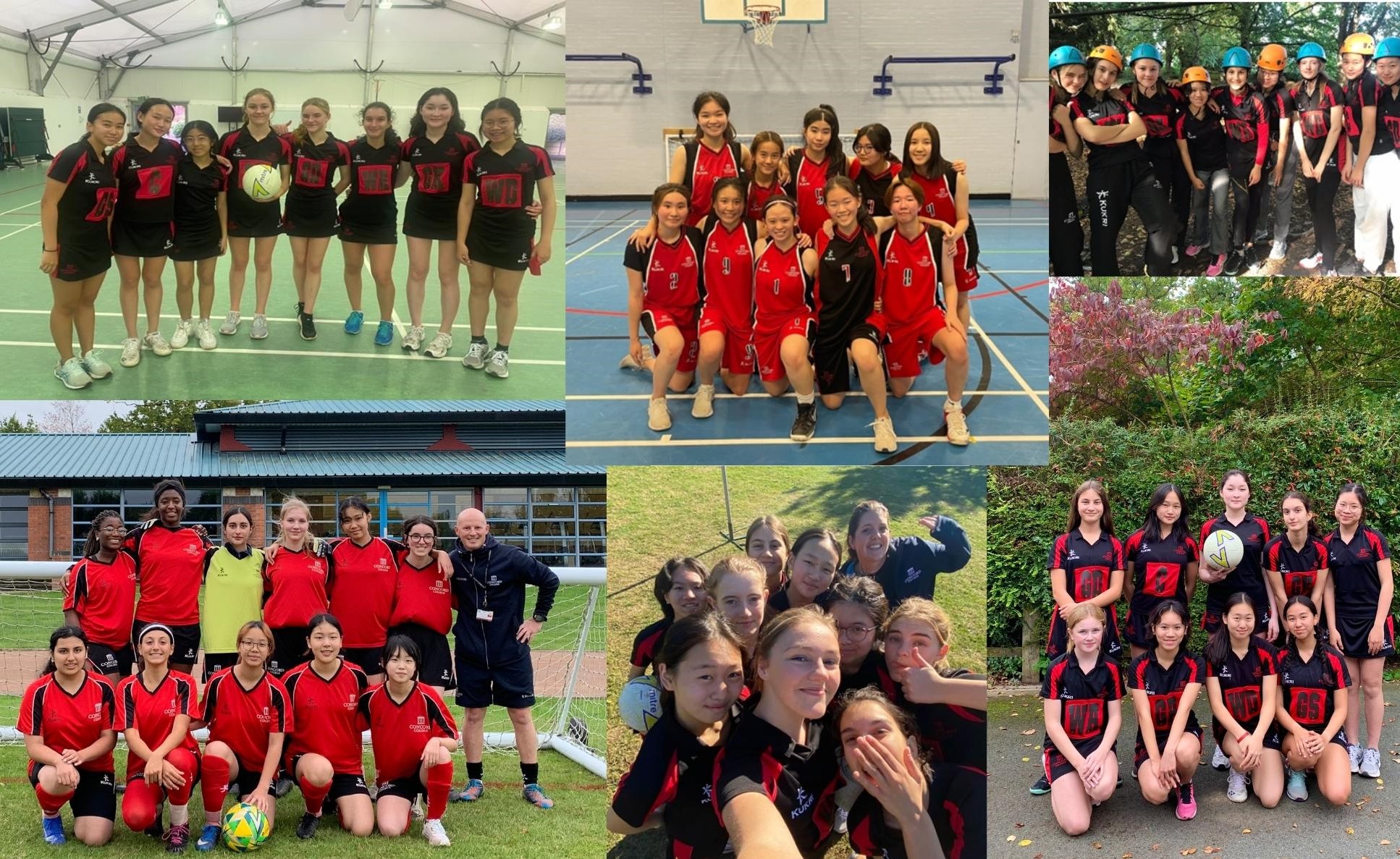 Throughout this half of term, many of our sports teams have taken part in exciting tournaments and matches. For many teams, these matches marked their first times playing together. Regardless, there has been amazing results and it has been great fun!

Some Lower School students played in U16 games, whereas others joined forces with the Sixth Form students to play in U19 games.

Read below for the student match reports from netball, basketball and football over the last number of weeks.

“On Thursday 6th October, the first match of the year took place at Concord College. A really lovely game of netball to watch and be a part of. This is an amazing group of girls who are all very keen to play and learn”. Read more: U16 Netball Match

“It was a memorable and unexpected match, for our first match since coming back to Concord. We hadn’t had much practice yet, so there was a lack of tactical understanding between us. Furthermore, most of our teammates are beginners and new to the team, but we still managed to do our best”. Read more: U19 Girls basketball

Read about the netball matches in the tournament here: U16 Netball Tournament at Condover Hall

Read about the activities that the girls were able to participate in over the weekend: Condover netball activities

“On Wednesday the 12th of October, the U16 Netball team had a match against Belvidere. As it was a home game, we definitely wanted to win. We had a good start with 3-1 to us in the first quarter of the match-we were able to play together nicely while having some strong passes.” Read more: U16 Netball 12.10

“Considering that this is the first game we have played as a team, I think it is safe to say that we played incredibly well. For the majority of the team, this was the first game that they have ever played, and for some the first time playing in a match setting”. Read more: U19 Girls football